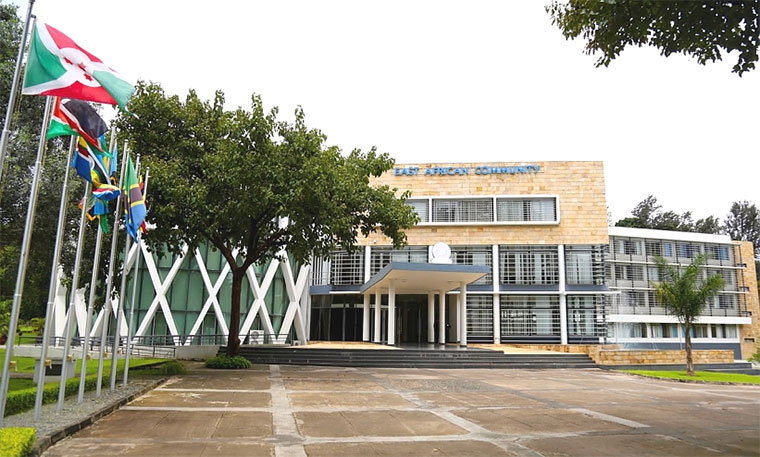 I recently read that the East African Community (EAC) shall soon hold a high-level meeting and decide on sanctions against countries blocking trade.

I always ask myself whether trade is the only reason why the community exists. Other issues which are detailed in the treaty, have been either ignored or disrespected enough and I have not seen any member state advocating for expulsion or imposing sanctions against another member state.

"The Minister for East African Community Affairs, Rebecca Kadaga, has said EAC regional cooperation ministers will meet next month to agree on sanctions to be preferred against member states blocking intra-regional trade," read the news article.

I wonder why Rt. Hon. Rebecca Kadaga has not concerned herself with other common values which bound the East African Community member states and act as a standard for acceptance into the same.

Since I am a Ugandan and well versed with the issues in Uganda, let me inform the council of the community that my country has violated core values with impunity and the emphasis should not only be about trade in the region. I know, Kadaga being a member of the ruling party, will always sanitize the crisis in her country but facts speak for themselves/ res ipsa loquitur from different civil society organization reports.

When shall the sanctions be decided against Uganda pursuant to Article 3(3)(b) of the Treaty? It states; acceptance of the Community as set out in this Treaty is based on adherence to universally acceptable principles of good governance, democracy, the rule of law, observance of human rights and social justice.

Article 6(d) also provides for the good governance including adherence to the principles of democracy, the rule of law, accountability, transparency, social justice, equal opportunities, gender equality, as well as the recognition, promotion and protection of human and people's rights in accordance with the provisions of the African Charter on human and peoples' rights.

Unless the member states in the community are led by birds of the same feathers as far as other issues apart from trade are concerned, I do not see the common values that bound the member states.

Uganda has not adhered to the universally acceptable principles of governance, democracy, rule of law, observance of human rights and social justice. Even the blind can see that.

The overwhelming cases of kidnaps, forced disappearances, forced exile, torture, judicial harassment and political persecution, laws whose standard doesn't meet the regional, continental and international charters like those against free speech—should call for a query into such principles. Uganda ranks as one of the poorest in the global ranking human rights records. Uganda is reported to be among the worst in Africa and the world. We are ranked 125 out of 128 countries on the rule of law index 2021.

Kenya and Tanzania, as compared to Uganda, at least have had a peaceful transfer of power and their institutions are or appear to be independent so they should be ashamed to rub shoulders with flagrant abusers of human rights, vote riggers, those who rape the basic structures of the constitution so that they stand for presidency forever, warmongers, murderers and those who curtail opposition activities.

President William Ruto must be ashamed–in his inauguration speech as the elected president of Kenya–to address Gen Yoweri Museveni as the father of the East Africa region. If such spew did not escape from his mouth by accident in order to appease the longest serving president of the community, he must be in the same category as him and so Kenyans should brace themselves for the blooming simulacrum of Museveni. His misguided encomiums heaped on the leader of the junta conceivably are a carte blanche to the disrespect of the principles of the community.

Gen Yoweri Kaguta Museveni, his son Gen. Muhoozi Kainerugaba and other military dictatorships like Rwanda's, are a threat to the progress of the East African Community and if the member states who have held onto the principles of acceptance, to some reasonable extent, cannot isolate these satans, we shall have a problem.

The Council, coordination committee, legislative assembly and summit have failed their responsibilities as the engine of the community because their annual progressive reports have not had an impact in ensuring that the member states respect the core values of the community.

The legislators from Uganda who are the members of the East African parliament belong to the ruling National Resistance Movement (NRM) which is the one responsible for violation of rule of law, governance crisis, disrespect of human rights and democracy so I understand why that arm of the community cannot do anything much to report such issues to the council for a resolution.

The author is a Ugandan novelist exiled in Germany

They are each still sovereign nations who would consider that external meddling with domestic affairs.

I’d rather the organization focused on cooperation in concrete issues like the Ebola crisis, the EACOP, instability in DRC, counterterrorism, monetary policy. That cooperation could lead to ”peer pressure “ towards democracy and stronger domestic institutions, but those can’t be prerequisites.

ASEAN has managed to be pretty effective by not interfering in each other’s domestic politics and focusing on shared interests.
Report to administrator
+2 #2 Lysol 2022-11-17 00:11
The EAC of today is different from that of the post colonial time, which fell apart.

Now it's being advocated by those with nefarious agenda by those who want to extend their power of control through out the region. It is led by one Museveni.
Report to administrator
0 #3 PaulM 2022-11-17 11:21
Well stated. The EAC community is a useless forum for siphoning taxpayer and donor money with no tangible results.
Report to administrator
0 #4 Akot 2022-11-22 15:00
(On democracy, human rights, EAC is a big joke)

Those demons heading the criminal body while payed for handsomely are enjoying sufferings of E. Africans!

Just like UN officials who live luxuriously, pay no taxes & the defunct body wouldn't want GOOD GOVERNANCE as conditional, to ensuer the world is at peace!

Pitty, USA/UK/EU are still members of defunct UN, to their own distructrion due to migration!

While developed world change leaders even before end of 5 years terms, their lands are being filled with migrants & useless UN gets more powerful!
Report to administrator