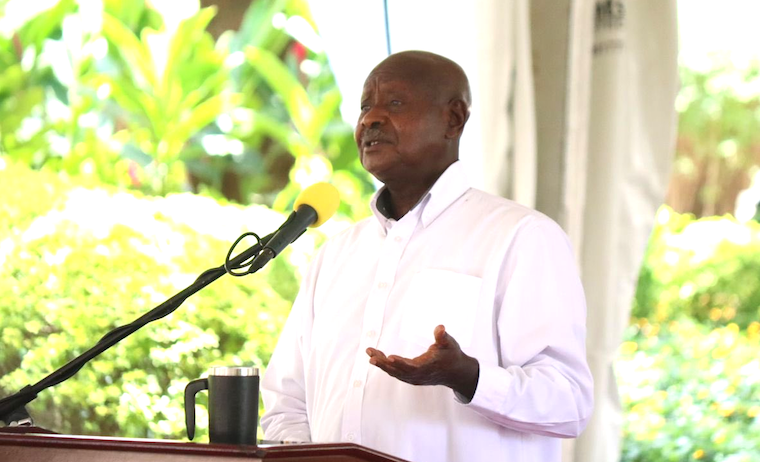 In 1977 there was a Dar es Salaam University students’ strike, which drew in President Julius Nyerere’s son, who was pursuing an engineering course.

Naturally, the strike was crushed by the police. The striking students who had walked up to State House left placards with loud imprints of their complaints about the inflated benefits of members of parliament.

To defuse the unrest at the university, Nyerere closed the university for some time. Afterwards, he called a meeting of MPs and his advisors and asked them to discuss the issues raised by the students.

But the politicians suggested that what the students had done was akin to treason. They said they should be tried for treason, and expelled from the university.

But Nyerere demanded to know whether the students’ complaints were not valid. Nyerere then told the politicians that students ought to be heard and their good ideas incorporated into policy.

He is quoted as having said: “ideas are not crushed by axes; ideas are won by superior ideas.”

Does the NRM government have a communication strategy? It appears not. For if they had one, they would not be firing off at a tangent!

Immediately the European Parliament recommended that the East African Crude Oil Pipeline (EACOP) be halted, the concerned government agencies including the chief executive officer of Uganda flew off the handle.

President Yoweri Museveni said the project will go on whether the EU likes it or not. The deputy speaker Thomas Tayebwa too whipped up the emotions of fellow travellers and condemned the recommendation. The corporate affairs manager at the Petroleum Authority of Uganda characterized his response as a fight against colonialism!

A few ragtag fellows were organized to protest at the EU offices. For the first time, police did not disband the protesters. They were well-protected instead. There seems to be a notion in different relevant government agencies that denying or wishing away issues is the best defence.

Strangely in all these protests and outbursts, no one seems to be answering the questions raised by the EU parliament. They are concerned about the environmental risks involved in building the pipeline.

Further, EU is unsettled by the rampant abuse of human rights in both Tanzania and Uganda. An organized government should be ready to counter any ideas with evidence, and not return unnecessary vitriol and ridicule.

Today we are talking of the pipeline from Russia to Europe being blown up. One day it might be "our" aka Musevni's oil , so-called pipeline.
Report to administrator
+4 #2 Lakwena 2022-09-28 16:44
Observer Editors, dictatorship, which is the product of incompetence is irrational and hence destructive.

Otherwise, it is embarrassing that: even after wielding uninterrupted illegitimate power for the last 36 years and counting, the regime responses to the issues at hand is indicative of buffoons who simply do not know what they are dealing with.

In other words, courage is not reckless. It knows what to fear and what not to fear!

Arrogant, and blinded by self-falsehood, Dictator Gen Tibuhaburwa does not know the combined power of the West (US and Europe), which, if unleashed on him; he would be doomed no more than a smelly cockroach (Kawukumi) under the boots..
Report to administrator
+3 #3 Zaitun 2022-09-30 09:34
Museveni warns "ego-centric", "arrogant", "so-wrong", "ignorant" EU to calm down because they take kindly their "arrogance".

Who is egocentric, Museveni who has robbed the country clean, or the EU who loans to Uganda but all ends in his pockets?

Shameless, arrogant human species like the Museveni's should better shut their beaks for all the words they pew smell shit. You have destroyed our once emerging country to the bottom line of underdevelopment.

You can build thousands of towers but as long as industries, schools, hospitals, industries... are not there, while looting is the order of the day, the country will remain underdevelopped.

You will be remembered in Uganda's history as that foreigner and his tribe-mates who plundered and destroyed our once developping Uganda.
Report to administrator