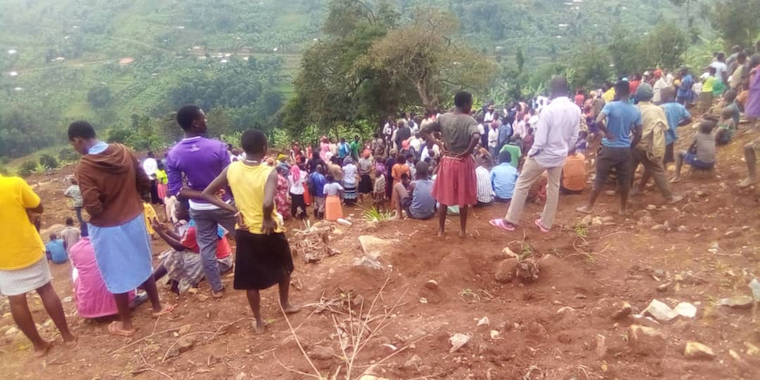 Disasters come in various forms: natural, manmade, and hybrid disasters. Uganda as a country has handled several disasters, including epidemics and pandemics, landslides, locust invasions, refugee influx and floods, among others.

Of late, there have been reports by Reuters of landslides in Bududa with 50 households damaged and 300 people affected, and in Mbale the floods in which at least 30 people died. It has also been reported that close to 25,000 refugees from Alere and Oliji refugee settlements in Pachara sub-county, Adjumani district, are facing difficulties in accessing social services as a result of a downpour that swept away Oliji bridge.

For the recent flooding in Mbale, there was no diver among the rapid response team that was present on the ground, and the rescue of those who drowned in the floods was done by locals.

The UN Office of Disaster Risk Reduction reports that in Sub-Saharan Africa, there is inadequate information to enable risk-informed decisions. This is amidst an increase in the magnitude and intensity of disasters in the region. The national capacity to systematically record disaster losses and damages is low. The disasters that we are facing as a country of late are recurring and yet predictable and are a result of climate change effects.

The Sendai Framework on Disaster Risk Reduction (2015-2030) aims at preventing new and reducing existing disasters but also affirms the roles of stakeholders like local governments in the reduction of disasters. It is important to note that local governments are key players in responding to and mitigating such disasters.

A study of the Covid-19 District Task Forces in 2020 by ACODE revealed gaps in the disaster management at local governments, that ranged from low capacities of the local government personnel to deal with disasters, and most disaster committees or sub-committees in several districts not constituted or trained as yet;  response coordination not well done and the country being more attuned to response than preparedness,  inadequate role differentiation among MDAs, failure to operationalise the Disaster Response Policy to no empowerment of different lower levels and the Local Council system’s meagre financing to conduct surveillance, among others.

To have local governments fully involved in disaster management, the following ought to be done. The Office of the Prime Minister, through the Directorate of Relief, Disaster Preparedness and Refugees should build the capacity of local governments on disaster awareness and creation of contingency plans when disasters occur.

Local governments should revitalize the disaster management committees at all local government and administrative units so that they can easily address the various issues of disaster. A bottom-up approach should be adopted by District Disaster Technical Committees in disaster management to enable communities to participate in the planning, participatory risk reduction, and post-disaster recovery to draw on the local knowledge and expertise.

The Local government councils should approve district/city/municipality/town preparedness and contingency plans and include them in the Local Government Development Plans. The District Disaster Technical Committee needs to regularly carry out vulnerability assessments, and risk mapping to prepare for disasters early. The Village/ward Disaster Management Committee should collect early warning information and submit it to the Sub-County Disaster Technical Committee as well as sensitise the communities on the findings.

The writer is a researcher at ACODE