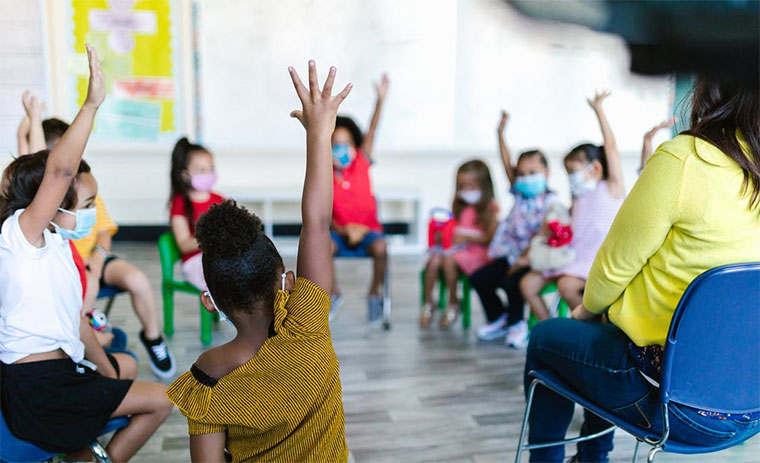 Diversity and inclusion are concepts that have for a long time resided at our workplaces and at their mention one would be tempted to think along employee lines. However, the same principles are as dear and critical in a classroom environment.

In a research article by Nwabueze Akachukwu on Management of Students Diversity for Academic competitiveness in secondary schools, he notes that diversity in students may include not only members of differing races, ethnic origin, gender and race but also differing physical and learning ability.

However, some of the strategies employed in certain schools raise concern over whether we are cognizant of the fact that students are different. Characterized by academic assemblies where the academically superior are hailed and the weak counterparts are subjected to humiliation before the entire school population.

Notwithstanding corporal punishment, harassment and other forms of humiliation (unicef - for every child) all in a bid to attain better marks. While all this is done with an innocent motive of encouraging better performance, the consequences may be far from the intended.

Dr Kenneth Kalani, a psychiatrist and senior medical officer working with ministry of Health, says “there is an increase in mental ailments amongst young people in the country due to multiple reasons, notable of which is academic pressure on children, sadly imposed by both parents and teachers. This is due to the general misconception that success in life is directly linked to school scores. Smartness has been reduced to academic excellence, he added, while schools also strive to maintain their ranks in the papers.”

Owing to the importance attached to academic excellence, one can then understand why the pressure imposed by schools is heavy. But we need to appreciate that children have different abilities.

“Some children are not wired to understand as fast as others but this doesn’t make them less smart,” Kalani said.

He further highlights that some may, for instance, be adept at technical, social or problem-solving skills while others are needed in the real world of work even when they may not be academically strong.

Therefore, it is catastrophic to label children as weak, dwarfs, dense and all else in that nomenclature basket, on top of subjecting them to other physical and psychological violence in an effort to have them live up to the expectations of their parents and teachers.

Using such derogatory descriptions only lowers their self-esteem, and ultimately subject them to depression. Depression is a conversation held in adult circles only although children also face it but have limited room to express it because of the general assumption that they are not dealing with as much, Dr Kalani adds Dr Beatrice Kyomugisha, a paediatrician with Fort Portal regional hospital, also adds that excessive academic pressure negatively affects students in a number of ways.

It may potentially lead to abusing of stimulants like coffee and over-the-counter drugs that reduce sleep, and creates a risk of anxiety, which distracts concentration at school. According to the international journal of mental health systems, one in five children and adolescents suffer from mental health. This depression negatively impacts growth and development, school performance, peer or family relations and may lead to suicide in some cases.

Therefore, it ought to be given due attention. Kalani recommends an individualized approach to education. Children are from different genetic backgrounds and learning abilities. There are those battling with the death of parents and guardians, and those whose resource basket is not as adequate and struggle to fit in with a host of social challenges.

An individualized approach then embraces the fact that we have distinct learning abilities and focuses on identification and building every child’s strength while supporting them through their weaknesses, rather than the consideration of a homogenous group and approach for that matter.

Kyomugisha speaks of a number of techniques that can be employed to enable more positive school spaces. Utilization of child and adolescent services to help identify and support those struggling academically; encouraging peer-to-peer support to identify and offer anchorage to those battling with academic and social issues. She also speaks on the role that can be played by parents through counselling.

The role of school mentors cannot also be underestimated. These can be teachers or other figures in whom students can confide or seek advice especially when the going gets tough.

The writer is a Ugandan citizen passionate about parenting