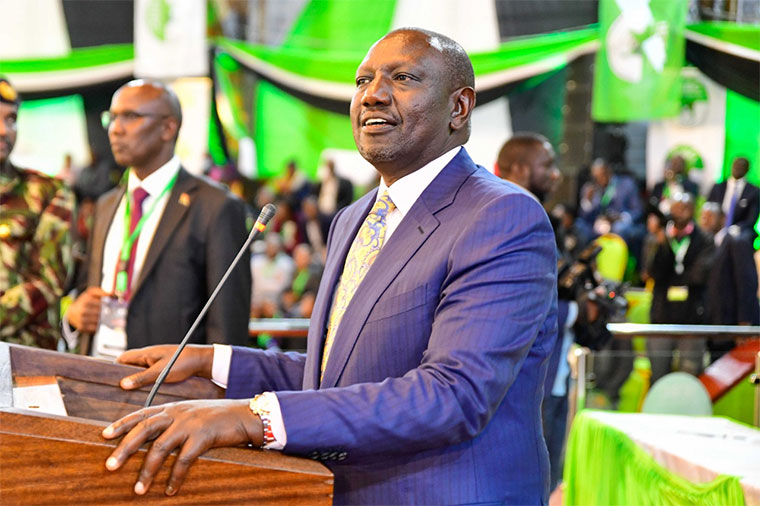 It is done. Samuel William Ruto has been declared president-Eeect of the republic of Kenya by the Independent Electoral and Boundaries Commission (IEBC) chairman, Wafula Chebukati.

Ruto who is a deputy president of Kenya beat his competitor and former Prime Minister, Raila Odinga by taking 50.4 % of the votes according to IEBC. However, the results have been impeached by four IEBC commissioners led by the vice-chairperson, Juliana Cherera.

Before the official declaration of the winner was made by Wafula, Cherera said, the four commissioners could not take ownership of the results because of the opaque nature of the last phase of the general election was handled. Knowing how emotive her statement could be, she urged Kenyans to go to court and contest the results. She counselled peace.

“We urge Kenyans to keep calm. There is an open door that people can use to go to court and the rule of law is going to prevail,” she said.

In a way, she is saying the results are fraught with illegalities and irregularities. Peace must prevail. There is no single person’s political ambition that is worth anybody’s blood.

In 2007 Kenya plunged into chaos after former President Mwai Kibaki was declared the winner against Raila Odinga. It took regional and international efforts to reconcile the belligerent groups and for peace to return to the country. Again in 2017, the election in which President Uhuru Kenyatta was declared the winner by the IEBC against Raila Odinga was contested in the Supreme court.

Even when the repeat elections were held after 60 days, and Uhuru emerged as the winner, Raila Odinga’s supporters did not agree with the results. They thronged the streets and performed a mock swearing-in of Raila Odinga as the people’s president. They had made governance of the country difficult.

Later, Uhuru reached out to Odinga and made peace in the notorious ‘handshake’ gesture, something that estranged Ruto from Uhuru. Both Ruto and Raila need to convince their supporters that competition is not enmity. The country offered them a chance to sell their skills and the best persons were anointed. There can only be one winner.

Indeed Ruto seems to have understood the wide divisions these elections might have left in the country. He has pledged to work with everyone and promised not to persecute his former rivals.

Kenya is a regional economic superpower. But also, these last elections have been exemplary. They have shown that political competition could be conducted in an atmosphere where people don’t have to kill each other to gain political power. They have set a precedent in East Africa, and they should not breach it. May peace prevail.