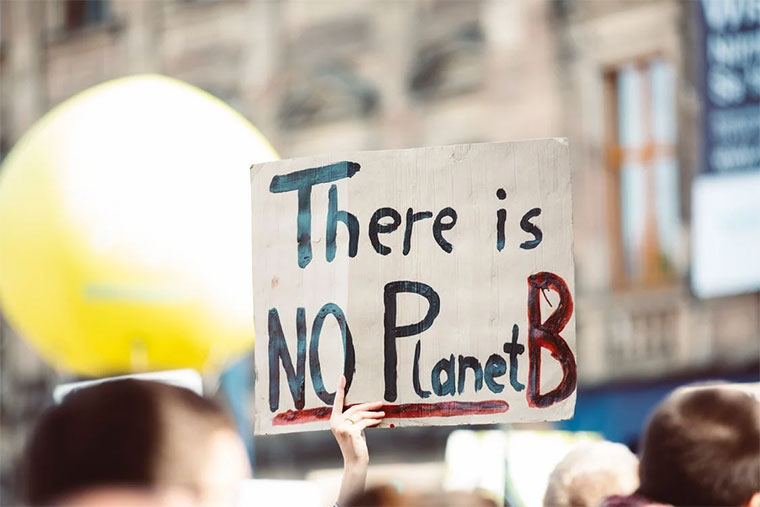 In 1958, American scientist by the names of Charles Keeling invented a method known as the “Keeling Curve” this was used to measure the accumulation of carbon dioxide in the Earth’s atmosphere, the invention earned him respect from fellow scientists and government officials leading to the establishment of global CO2 monitoring program with stations first set up in Hawaii and South pole.

Today there are hundreds of analyzers set up around the world which has made us understand more about climate change. However, despite the advancement in technology and the evidence at hand, climate change remains the most intractable political issue we have had to grapple with in the 21st century.

During his presidential campaign in 2015, former US, president Donald Trump, rebuked global warming as simply “a hoax” fueled by the left, following his victory, he moved ahead to withdraw the US from the Paris Agreement a place where it had taken a patron role.

Climate Change denial landscape. Just like in the 1950s when the tobacco companies privately knew about the dangers of their products but explicitly denied them, the same has been to oil and gas enterprises in issues concerning global warming.

In the 1970s, some of oil and gas enterprises were actively involved in climate change research. In 1977, a senior scientist at Axxon oil and gas enterprise informed management that burning fossil fuels was likely causing climate change, this report was succeeded by the formation of the Inter-governmental Panel on Climate Change (IPCC) the first international treaty to be adopted.

However, by this time major fossil fuel corporations had changed their tune questioning the science that they had once pioneered. Some of the oil enterprises later conspired with conservative and libertarian think tanks promoting free market economies that opposed fossil fuel regulation on grounds of ideology.

Between 2011-2013, a Guardian newspaper investigation found that Donors Trust and its affiliated groups such as Donors Fund directed over 125 million dollars to groups engaged in climate change denial and destruction.

Even though climate change denial has persisted, the real-world impacts of climate change are impossible to ignore, and government policies have adopted a slow pace to avert potentially catastrophic global warming.

It’s on record that climate change consequences have been playing along colonial lines, African countries which are the least emitters of GHGs have been the most affected with rampant drought, floods, crop failure, and human displacement compared to the advanced economies which have the highest per capita emissions.

In 2015, addressing the UN General Assembly on the preparation of the COP21 held in France that negotiated the Paris Agreement, former UN general secretary Ban Ki-Moon informed delegates that climate change knows no borders and carries no passport.

The International Criminal Court should fast truck and implement the “ecocide” bill. Ecocide is a historical definition that was drawn up by legal experts across the globe with the intention of it being adopted by the ICC to prosecute the most notorious offences against the environment.

The author is a communications practitioner.