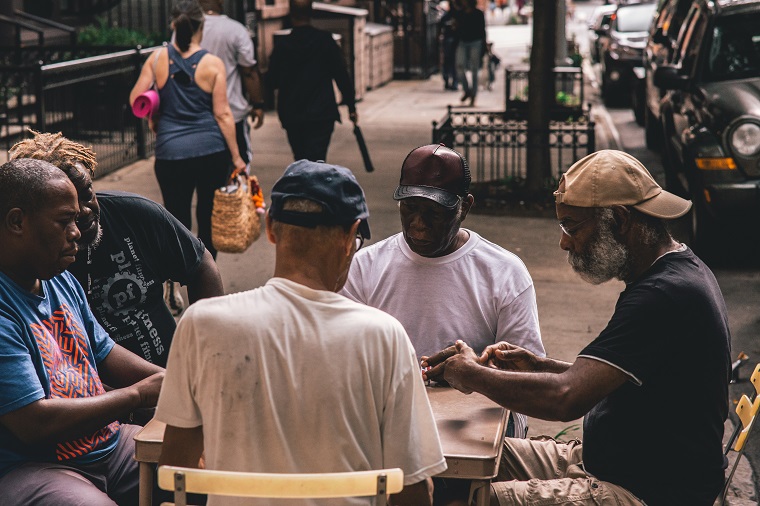 One of the elements that we pride in as Africans, at least many of the black African communities, is that we are communitarian in our cultural and social setups.

This basically means that in much of what we do, we care what it means to the entire community – not just ourselves. It has thus been said that our being as individuals is tied up with that of others such that we get meaning from our community’s recognition and endorsement.

This ‘philosophy’ sounds appealing, especially its abhorrence of individualism. It espouses a sense of awareness that it is not only our individual wellbeing that matters. Each person has to care about what their actions and behavior mean to others. This way, conflicts, gross inequalities, exploitation, and so on, are minimised.

However, its merits notwithstanding, if not carefully demarcated, communitarianism easily extends its handshake beyond the elbow. It sometimes stretches beyond caring about collective wellbeing to unnecessarily minding others’ business.

Our societies are awash with tendencies that manifest undue nosiness and a burning desire to determine how every other person runs their life. Certainly, every society has its nosy people and those whose own business is never enough to occupy them. It is the degrees that may vary.

Admittedly, growing up in a society where everyone minds what’s going on with everyone else, the discipline of respecting boundaries is a difficult one to acquire. I imagine many of us do not even realise when we are crossing boundaries, because crossing them has been part and parcel of our socialisation.

When you check Winnie Byanyima’s tweets of her son’s pictures, and read the barrage of comments from Ugandans condemning her as a ‘failed mother’, you think to yourself how a random stranger gets to feel that he/she knows Anselm and his interests more than his mother.

What goes on in the mind of such a person who imagines that he/she has a parenting template that everyone should follow?

One might say that all the hullaballoo springs from a homophobic people’s suspicions over the boy’s sexuality, but there appears to be more than that. The judgement started with him growing dreadlocks. Then you heard them say: ‘See, Besigye’s son is getting wasted. How can a child of such a reputable man carry dreadlocks?

This has been the fate of many men who have made a simple personal choice to look different by growing dreadlocks, or even just growing their hair. Someone gets too pained and concerned, as though the dreads are drinking his blood! You wonder what the bother is!

In one of his earlier songs, Bebe Cool sang about people that taunted him saying that the dreadlocked boy couldn’t be a minister’s child - he was spoilt. He then went on to wonder: “your own old child without dreadlocks is wearing worn-out shoes and you are still housing him”. Yet you take time off to worry about independent Bebe Cool’s dreadlocks!

Maddox Ssematimba must have suffered the same wrath for being different. In his song called ‘Fed Up’, he lashes back: “I’m fed up and tired of your madness... even the way I walk and talk, I see you want to complain. Back off, back off ...”

Every society will have standards of decency. This is one way through which communities organise themselves to create some sort of order that can work for everyone or for the common good. It is part of the sense in which, according to the philosopher Jean Jacques Rousseau, we are “born free, but everywhere in chains”.

However, within such standards, there are different degrees of room for personal choice. Some societies impose more chains than others, living less room for individuality. They care whether you are married or not, own a car or not... “Can you imagine he earns a lot of money but does not own a car! He is very mean”.

If one is comfortably going about his life without a car, why should others imagine his needs? If one has driven the same car for 15 years and is still happy with it, why should another person find it a problem worth discussing?

Such social pettiness might be a sign that a people lack capacity for discussing important or progressive issues, hence being locked up in trivial social conventions/expectations and their policing.

A people will only hold conversation they can intellectually sustain. Since talking about those that stride out of social conventions only requires comparison with norms, it is the easiest of conversations for those whom thinking tires.

It doesn’t take much mental work to discuss who is smartly dressed and who has made an odd colour combination; which food is tastier than the other, etc. One will even choose to paint their house a colour that pleases them, and it becomes the subject of a spirited concern: “See how he has spoilt the house!”

Whose house is it? Why not just paint yours with the colours of your choice and live happily? Sharing ideas would be very okay.

But, first and foremost, it should be grounded on respect for legitimate differences in tastes and preferences. While such subtle forms of social dictatorship could be brushed off as a small matter; they have wider implications to development and coexistence.

A society locked up in such policing wastes a lot of time that could have been put to more constructive conversations. Not only does it waste time, it also builds a stagnating culture of conformism by which comfort is found in following conventions and imitating each other, not creatively pushing boundaries.

Such intolerance to difference as well breeds unnecessary conflict and fights over things that attract no progress. As Robert A. Heinlein observes, with emphatic exaggeration, “ninety per cent of all human wisdom is the ability to mind your own business.”

It is an inclination we should attentively nurture.

But since time is measured in "Eternity" and space is measured in "Infinity", and our human efforts to fulfill our desires: what we want and what we need is "Vanity"; is there such a thing as wasting time doing this or that?

Way back, while still at CTK church in Kampala, a choir member to some parishioners could fill offended when he queued up for holly communion with dread rocks.....
Here in south africa, boys with dreadlocks are serving on the alter table.
Report to administrator
0 #3 Akot 2022-08-14 19:03
Lakwena, thanks.

Black African communities MUST understand their cultures do not rime with what we call modern time, development"!

Black Africans with education, insight & salaries want to live well but are in trouble with culutes; they have their own kids but are overwhelmed with poor family members without income!

Not like in devleoped world where good governance ensure public/social services to those without income!

With black Africans, it's family memnbers with income that give money, pay school fees, clothe...mothers, fathers, sisters, brothers & their kids too!

Besides useless rulers, how much money do black Africans get, to ensure their own kids & all family members are taken care of?...
Report to administrator
0 #4 Akot 2022-08-14 19:09
...Black Africans, like all migrants in USA/UK/EU, get public/social services & are always on phone with those left home, excusing themsleves why they haven't yet sent money! Sometimes the conversations get heated as those home are angry because they need the money ugently! Not to forget that it's also those already in developed world who pay for the phones/calls!

Many family members look forward to those already in developed world to help them get there too!

So, is Akot wrong in telling Ugandans to say NO to the tribalistic systedm, UNITE to end Museveni's rule, then form the kind of governance they want, then ensure they are well governed & served through public/social services?...
Report to administrator
0 #5 Akot 2022-08-14 19:16
...Just as USA//UK/EU haven't yet understood they MUST say NO to defunct UN that isn't concerned about good governance in shitholes, while the body calls for more money to finance migration it has made normal & developed world must go along with it!

Things will get worse for USA/UK/EU as millions of black Africans without help, without hope, now know their only chance is to reach developed world!

So many black Africans in developed world who stick to cultures have lost custody of their kids who run away to seek government help & end up in social services that ensure they complet education, accommodated, fed, get healthcare!

Even British who didn't give time for T. May & B. Johonson to end just 5 years in post, are served through public/social services & migrants are dying day & night crossing from France illegally, to reach UK!

Why is Museveni still chief tribal leaders in the Uganda he has no tribal land in & what do Ugandans still expect from him?

Ugandans are going to legalise Museveni with next fake presidential, parliamentry, local elections, but he will NEVER serve them, but will get richer, while Ugandans fight one another to get posts in his Uganda & millions go poor, die of old age at 55, unnoticed, uncounted, unregistered!
Report to administrator
+5 #7 Lysol 2022-08-16 20:56
Spire!
You can't begin or end a sentence or topic, with a preposition.

That is not grammatically correct, unless you want to sound awkward or ambiguous like you always do. Boring!!!!
Report to administrator