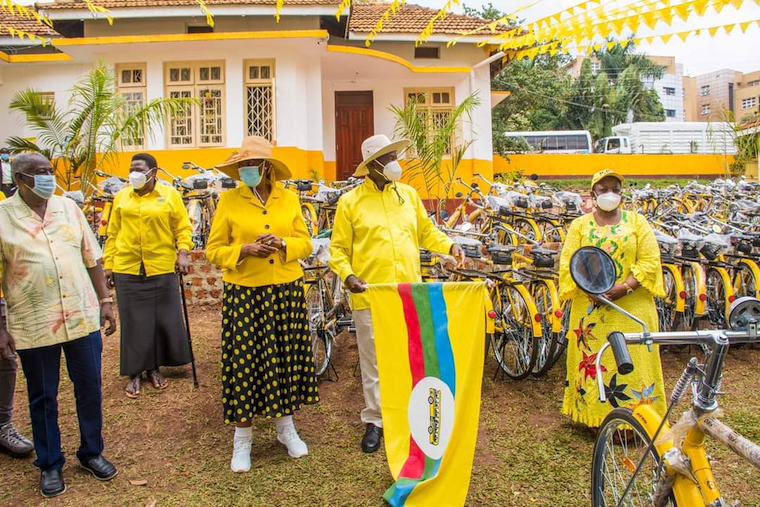 Recently, the ruling National Resistance Movement (NRM) Party was handed yet another ‘triumph’ by the judiciary, when a case filed challenging a blatant illegality by the top party leadership, was dismissed on what at best can be called flimsy grounds.

In the said case, a group of party members, myself included, had petitioned the Kampala High Court calling into question the resolution of the Central Executive Committee to ring-fence all six elective positions of the East African Legislative Assembly (EALA) for the current holders.

The decision, as we later pointed out to the public and in the petition, was made by the wrong organ of the party, without consulting us as stakeholders, and late into the election process, since all of us had already been cleared by the NRM Electoral Commission to contest in the EALA party primaries.

As the aggrieved prospective candidates in the race (which is due next month), we clearly laid out these grounds before court, and even listed a number of provisions of both the national and the NRM party constitution breached by the CEC decision.

But last week, the justice of the High court in his wisdom ruled to throw the burden back on us as petitioners, advising that we should instead seek justice from none other than the NRM Party leadership, which aggrieved us in the first place.

The judge wrote in his ruling, “...the present application seems to be avoiding the existing remedy or procedures set out under the NRM Party constitution. The NRM party has regulations, which govern their internal party electoral processes...”

The judge then went on to suggest that if we as party members felt like we cannot politically breathe within the NRM, we are “at liberty to leave the party”

This court decision, while quite unsurprising from our Judiciary today, lands as yet another punch to the gut of the NRM’s internal democracy. It’s been said before that the death of democracy is unlikely to be an assassination from ambush but rather a slow extinction from apathy, indifference and undernourishment. All three murder weapons are seemingly at play and being groomed within our beloved party.

The court ruling, first and foremost, supplements the frustration and gagging of dissenting voices in the ruling party, which has been ongoing now for years. It goes without saying that the brute clampdown on democratic processes in the NRM is not new. The only difference is that today it is increasingly being legitimized through court decisions as the one that was handed out last week.

And these tactics have been effective so far, one can say. Two years ago, we saw some of the party members (MPs) who had passionately raised some constitutional issues being reeled back to apologize to the party leadership, when they ran out of all options to make their views heard.

On the other hand, the advice from the honourable judge of the high court, for us as aggrieved members to quit the NRM party, is also not unfamiliar. It has been suggested before to other unhappy members, and some have taken it and left the party.

But this hasn’t cured the virus that is gradually eating away on one of the key building blocks of the NRM. Granted, the NRM has been a force to reckon with over the past several decades; a juggernaut of Uganda’s political history. But chock-holding all dissent and curtailing healthy internal competition within the party is unlikely to contribute to its long-term sustainability.

It is more likely, instead, to inhibit development of political careers of many of its young members. It will negatively affect the extent of partisan loyalty among these members and, to some extent, some voters, all of which will leave it susceptible to collapse.

The NRM must make a decision and make it now on where it stands on intra-party democracy. It must make it known to members, whether or not there is interest at all in the NRM, to welcome new ideas, to nurture the political competences of its younger members or to produce more capable representatives.

On the surface, this is what is sold in the party’s founding principles; its law books and even manifestos. But in practice, there is very little room for democracy and the rule of law.

And our sincere appeal as ardent members of the NRM is that we must practice what we preach as a party. The current leadership of the NRM must think long and hard about the nature of the party that they are passing on to the younger generations and whether it is competitive and future-oriented enough to drive the socioeconomic development of Uganda.

And to me, this is all a fallacy; that some members of the party are more entitled to leadership than others, while the bigger number is doomed to the eternal queue.

The writer is an NRM party member who had presented himself to contest for the EALA seat.