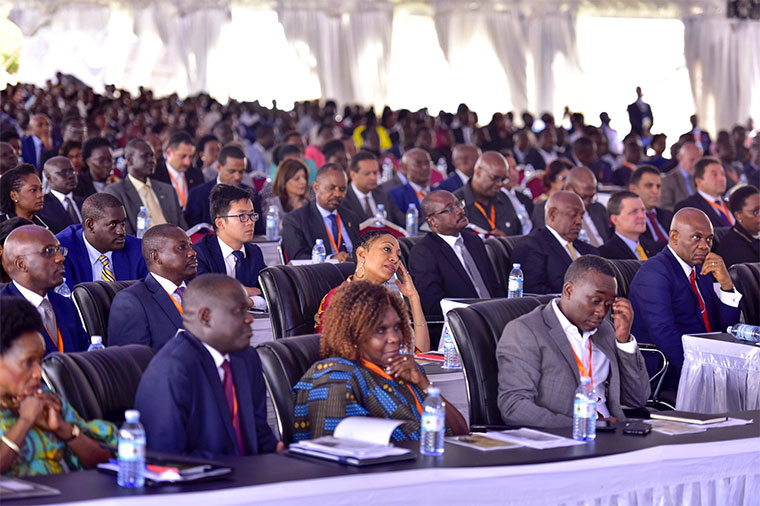 Youths at a conference recently

In the global society, the youth and their older counterparts often operate in silos. The old guard grinds the wheels of power, relying on the wisdom of time, while young people are forced to wait patiently beneath them, accumulating the experience necessary to assume their place.

This arrangement is not the fault of any individual, nor either generation. It is merely a consequence of the inexorable march of time. As the years march on, the old guard molds the world, despite the fact that young people will one day inherit it. The future they construct is not the consequence of that inexorable, unplanned grinding; it is a series of cautious proposals, suggested, seconded, and eventually signed into being by the powerful.

These proposals are ratified in rarified spaces: embassies, parliaments, chambers, and drawing rooms. But more importantly, they are eventually accepted or rejected in the court of public opinion.

“Public opinion” is a funny phrase. It implies inclusion, the might of the masses; yet in essence, it is fundamentally private, a reflection of an aging, western power that young people can only consume.

The court is at the whims of its courtiers. The most powerful news channels are crammed with commentators over the age of fifty. New York Times columnists are increasingly over the age of sixty. And politicians are pushing seventy. Their contributions are immensely valuable, yet often created in that senescent silo, the antithesis of collaborative democracy.

Many members of the old guard will say that young people are not ready, and attempt to shut the door; but they are mistaken, for the power of the youth voice is immeasurable, it's potential infinite. Young people are fearless, idealistic, and forward-thinking, unmarked by the relentless monotony of time.

Their proposals are selfless, uninfluenced by the pull of power; for power is years away, if it comes at all. Most importantly, their ideas are disruptive, carrying the potential energy of transformation.

Young people can challenge the existing order because they are not confined by job security, paralyzed by the fear of challenging a corporation they have no stake in.

Their investment is in the future, and nowhere else. Young people should be guaranteed a place in our politics, a position in our international affairs, a seat at the court of public opinion, so they can engage with those who already serve. If the old guard locks itself in its silo, the future will be theirs to create; and young people will inherit it, a generation too late.