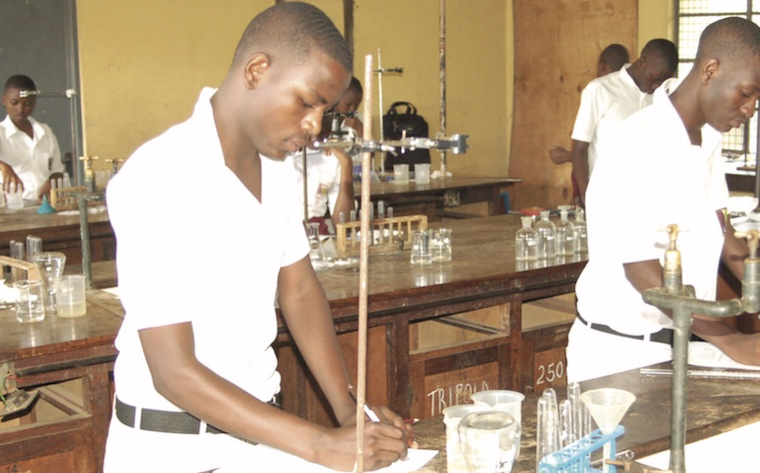 Students inside a science lab

Certainly, President Yoweri Museveni is not an authority on science and the art of teaching science.

And even if he was, venerable authorities can certainly be wrong, and on this one, he is off the rail. President Museveni has made the teaching of liberal arts at all levels of learning repugnant. He has continued to look down upon the teaching of arts as a waste of time.

He has interfered with public universities’ state scholarships. Most of the scholarships are for science-based candidates. In his efforts to promote his desire, he has decreed that science teachers’ wages be enhanced. The liberal arts teachers who shop from the same places, and have similar basic demands of life’s necessities as their science counterparts, have been urged to keep calm.

Strangely, the ministries of public service, finance, and education have taken Museveni’s segregation as policy and law.  The technocrats have withdrawn their duty to stand by what is right but implement the president’s will as law.

Already the ministry of finance has taken care of this ill-conceived enhancement for science teachers in the 2022/23 budget. By virtue of article 32 of the Constitution, President Museveni has made the teachers of the liberal arts a marginalized group who need to be rescued by the Equal Opportunities Commission.

The president should learn from his previous science projects that have not produced the expected fruits The president pushed for the establishment of Mbarara University of Science and Technology (MUST). Originally, MUST was meant to be the core of science teaching in Uganda.

It was the dream Silicon Valley of Uganda. Along the way, MUST took on some liberal arts subjects such as Development Studies, Economics, Procurement, Gender, and Women’s Studies.

As a science-specific university, it has not done much, save for producing Prof Patrick Engeu Ogwang, who invented Covidex, an apparent remedy to Covid-19. Even Ogwang’s efforts were not supported by the institutions (MUST and ministry of Health) he worked for.

Ironically, the president claims to support science teaching, but the products of science, such as doctors, health workers, and innovators, are not supported in their later and productive years. For instance, health workers including doctors, nurses, and midwives have often threatened to down their tools because of poor pay. The president’s approach may also compel others to mad dash for science for the sake of it.

The president needs to be advised that, he needs to create a fund that will build an infrastructure for science, such as laboratories in schools, demonstration farms, model houses, and innovation houses, among others.

Inevitably, the scientists would need lawyers to craft protective laws to insulate their creations and innovations (intellectual property rights) from infringement and passing off.

The president needs to read what Steve Jobs who attributes the success of his Apple products to the marriage of science and arts: “It’s in Apple’s DNA that technology alone is not enough — it’s technology married with liberal arts, married with the humanities, that yields us the results that make our heart sing.”

“Part of what made the Macintosh great was that the people working on it were musicians, poets and artists and zoologists, and historians who also happened to be the best computer scientists in the world.”

+6 #1 HM 2022-06-21 21:52
Here are the facts:
• With the shocking erosion of morality in Uganda, the country needs more liberal arts instruction not less. Teach more ethics to bring back decency in the population.

• Institutions have to be reliably systematic for an extended period to produce results.

• It takes a higher level of intelligence to understand that it is at the intersection of sciences, liberal arts, humanities, that results in technologically advanced societies.

• In our modern world of today, simply uttering Abracadabra does not make things happen!
Quote | Report to administrator
+2 #2 Lakwena 2022-06-22 08:04
In other words, this is a catastrophic leadership failure and systemic sabotage in the management of the affairs of this country (INSECURING THE FUTURE OF THIS COUNTRY).

Otherwise, someone must knock it into the heads of Gen Tibuhaburwa and his wife, sic Minister of Education that: The current English word science, in which they are obssessed originally came from the Latin word "scientia", which meant knowledge, a knowing, expertness, or experience.

Therefore, for Heaven's sake the word "science" is just another word for "knowledge". That in itself is also History, Born Heads!

Otherwise, if his so call "scientists" are omniscient (all knowing), and more valuable than the Arts and Humanities teacher; let them go ahead and also teach English, History, Social Studies, etc; so that the Arts and/or Humanities teacher go and cultivate Cassava for a leaving.
Quote | Report to administrator
+3 #3 Lakwena 2022-06-22 08:29
Someone must also knock it into the heads of the First Family members who are "willfully" (illusion) and arbitrarily arrogate themselves as the saviors of this country that: a country must be justly, fairly and righteously governed as though it is a family.

What parents would discriminate among their children when it comes to health, education and well-being (future)?

In other words, except, children's abuse and/or concealed homicide; e.g., because of limited budget, arbitrarily, a few other children will be allowed to drink milk, eating fruits, fish, meat, bread and butter; others should be drinking unboiled water, and eating cassava (Kwasako) until Father M7 and Mother (Mama) Janet Kataha's Notice.

Otherwise, this is the irony of Mr. and Mrs. Musevveni's Messianic and exemplary leadership of this country!

Wachireba?
Quote | Report to administrator
+2 #4 Lakwena 2022-06-22 08:36
Otherwise, according to Jaja Pythagoras, the Father of Numbers (Mathematics and/or Geometry), the Arts and/o Humanities marks the line between the Barbarian and Man (rational)!