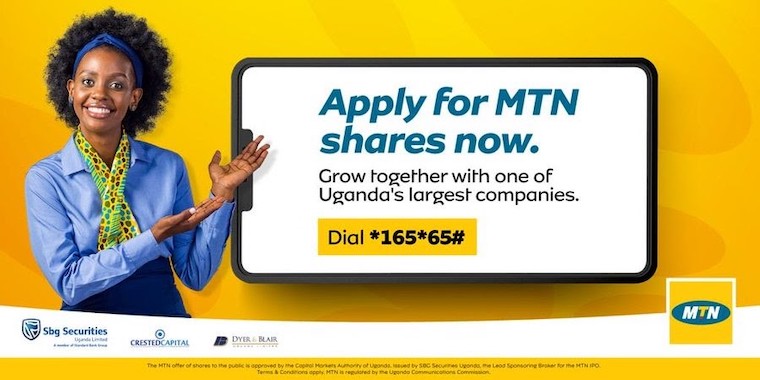 Hitherto, mainstream media in this country didn’t give room for independent- minded analysis of the MTN initial public offering.

That is probably for fear of annoying a leading advertiser in the market. It was only The Observer that gave a few critical voices a platform. In fact, Male Mabirizi’s action against MTN has not been given much publicity yet the several media cameras are fond of following him whenever he takes on other people in court as is the current situation with Pastor Aloysius Bugingo.

This was strange. The MTN Initial Public Offer (IPO) came and went, and so did the listing. What was billed as a momentous event in expectation passed with but a whimper!

Even without mainstream media giving critical voices a platform, right- thinking members of the public still raised questions around the MTN IPO. The pricing of the offer was questioned. Even the bonus that came with a purchase was questioned.

To say that the offerees, who were mostly the customers of the company, compounded their relationship by showing MTN mistrust is an understatement.

Many questions were asked that went unanswered due to hubris and the conspiracy of silence from some media houses. What did the issuer (MTN Uganda) own? Who owns MTN before I become a shareholder? The responses were surprising as some thought Mobile Money was not part of the package.

Then came Mabirizi’s action against the Capital Markets Authority, questioning the decisions of the regulator in approving a non-existent company or one with a non-existent name. This was quickly followed by the failure of court to decide on this issue, citing locus, after hearing the case, something I found quite strange.

Meanwhile, as court process was ongoing, the regulator, CMA, unbeknownst to most, but knowing the peril it faced, issued a statement absolving itself of all error and wrongdoing and heaping blame upon the advisors of MTN.

Few readers of that statement would guess that CMA was bluffing. Could MTN raise Shs 900bn from their IPO? Maybe, if the price is right. Maybe, if they could find the investors.

The average investment achieved was in the region of Shs 25m per investor. There would not be many Ugandans during the long Covid-19 layoff who would cough up that kind of money.

The unsold portion of the shares would require 350,000 new investors with each placing Shs 100,000. Meaning that even at the minimum order level, it was unlikely that there were that number of individuals willing to invest Shs 100,000 in one go. So, for whom was the IPO priced?

The law should be amended to relieve Capital Markets Authority - Uganda of the powers to approve prospectuses/ securities offer documents.

If there is one point for law reform that this Mabirizi judicial review case has brought out, it’s the conflict of interest associated with CMA approving prospectus documents. It is evident that in this judicial review case, CMA is defending the mistakes of the law firm that was the legal advisor to MTN Uganda.

It’s CMA that approved these mistakes that it’s now forced to defend as a regulator. CMA should only be restricted to approving of rules set by certain regulated stock markets where shares/ securities will be offered of that certain asset class.

The author is a lawyer and social critic.