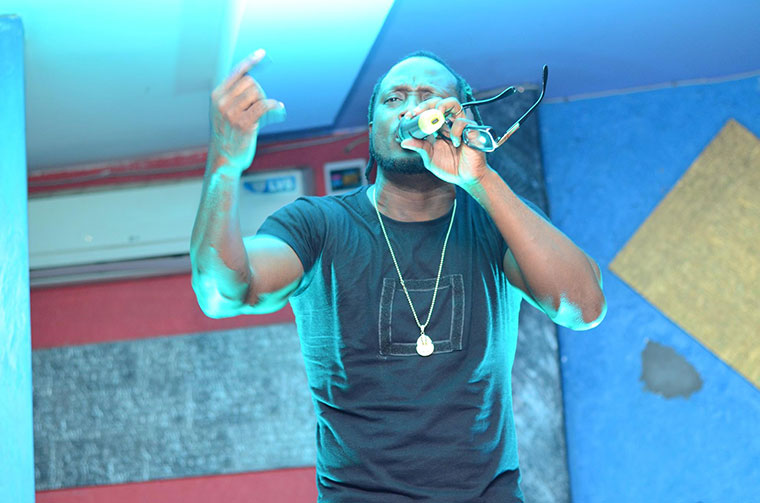 Sometime in 2009, I had just returned from India where I had travelled for a two-week editors’ training workshop.

As you can imagine, the publishing world in India is both huge and more advanced. I met books on everything and anything, from gods and spices, to stones and tombs. But the books that caught my attention most were the ones on Bollywood stars.

These were like memoirs of sorts, but authored with a touch of entertainment. I was specifically enchanted by the book on renowned actor, Shah Ruk Khan. Then recently published, the book King Khan was dominating the bestseller lists.

Upon return to Uganda – emboldened by working with the biggest publisher in the country – I pitched the idea to my seniors. In the meetings that followed, Bebe Cool emerged as the star for this experiment. He had quite a story with highlights ranging from his political music, scandals, to being son of former long-serving minister for Local Government, Mzee Jaberi Bidandi Ssali.

Incidentally then, Bebe Cool was openly critical of the government that his father served. In addition to his politically charged music, he was a dancehall star with collaborations with many artistes locally and abroad. Recall when he teamed with Kenya’s group, Necessary Noise – forming what they called East Africa Bashment Crew, which then colonised East Africa’s music scene!

I entreated Bebe Cool for a meeting. He suggested we meet at a pub called Password in Nakulabye. It was a cordial meeting. Although a little tipsy for an early afternoon, he received the proposition well.

In return, I invited him to our offices at Makerere University to introduce him to the world of book publishing. My intention was to attempt to infect him with the difference between media profiles and book-length volumes. The latter takes more time.

Most likely, we misunderstood each other. While I had pitched a book idea, Mr Cool seemed to have understood a progressive documentary of sorts as he immediately started calling me to his hideouts asking that I “come with a camera and recorder.”

Refusing to honour a frantic phone-call to “come with camera and recorder” two days after our meeting at Password – insisting that we were doing a different project – ended in “do not call me anymore.”

And some crude utterances. I reported this message in the next editorial meeting, and the MD lost interest in the entire gamble. But the man’s stardom remained impressive.

I recalled this encounter as I recently re-listened to Bebe Cool’s song, Kawuna. In the years between 2005 and 2013, or thereabouts, Bebe Cool was not simply the dreadlocked gruff-voiced scandal-ridden entertainer but the lyrical activist concerned with the ways in which Uganda was governed.

He was never the celebrity regime sycophant he has come to be known today. But a man who used his craft in a struggle to open the eyes of his compatriots towards a better future.  Then, Museveni was never enough for Bebe, he needed and expected more.

I am not sure when Kawuna was released [I am not a music historian, and neither is Bebe in my contacts anymore], but this song is statement of Mr Cool’s rebel politics.

In the chorus, he claims this was a chance to “give my piece of mind,” and he promises “not to stop until everything is alright.”

Cleverly, the song opens with caveats against a possible backlash on grounds of sectarianism, and then assumes a pan-Africanist hue.

The second stanza of Kawuna is particularly outstanding, and I will produce it below in poetic style (the translations are entirely mine):

I am not insulting anyone, but this is the truth/
I am tired of the things I see in Africa/
I am not trying to be sectarian in this conversation/
I am only talking about the thing I see: /
The government tells us, the economy is growing, /
but we are dead broke, and people are starving in Gulu/
They tell us to work hard, but if you look around, /
It is their people occupying those jobs:/
Minister… Munyankore
Secretary…Munyankore
Driver… Munyankore
His worker… Munyankore

While questioning claims on a growing economy, Bebe Cool openly calls out Museveni’s systemic and structural tribalism. We need to recall that then, tribalism used to be a particularly hot topic in the country.

The topic was so hot that at The Independent newspaper, where I worked, we did a series of stories backing Beti Kamya and Hajji Kyanjo’s contentions. I specifically recall one story pointing to the only five generals in the UPDF then, who were all of Bahima ethnic.

Other stories offered to congregate and map out the tribal identities of people in key positions with graphs and tables. [Nowadays, we talk about tribalism in whispers except if you are Hajji Abdul Nadduli or Tamale Mirundi.

I still struggle to understand how Museveni surrogates managed to turn this conversation upside down to the point that critics of tribalism are made to appear tribalistic themselves].

Bebe Cool’s other songs such as Corruption that features singer Sweet Kid, and Kapere alongside colleague Kid Fox came around in quick succession.

Their danceable beats notwithstanding, these songs directly confronted the mess under Museveni, making Bebe Cool a champion of the people power. Bobi Wine was still subtle and socially – not yet super politically – attuned.

While I have no clue what happened to Mr Cool along the way, I have not stopped wondering how a Bebe-Cool-led People Power would look like.

Does Bebe Cool have any regrets for joining the Museveni camp at that point when his father was actually moving in the opposite direction? Now that Museveni is soon opening the music scene, we hope it rejuvenates or brings up some new rebel artistes.

0 #1 eboo 2022-01-07 01:19
"While I have no clue what happened to Mr Cool along the way, I have not stopped wondering how a Bebe-Cool-led People Power would look like."
I may be wrong but i think some of our 'Ba Nakatemba' do indeed live up to that characterization in word and deed.

perhaps its not worth pondering over the matter of (what would've been) a Bebe cool led people power movement. But if fate had permitted …. then what we see (of him) now is exactly what would be seeing even then. KATEMBA!!!!
Report to administrator
+3 #2 Wante Martino 2022-01-07 09:06
Yusuf, bagamba nti "eyayogera abyerabira" naye gwebabigamba ab'abijjukira, Bebe long forgot his songs and their meanings, leave alone, now licking the Boots, may be for kajja!
Report to administrator
+3 #3 Lakwena 2022-01-07 13:52
Yusuf, Mac nywalo buru (fire gives birth to ashes).

In other words, because of the evil related to the love of money, the Bebe Cool, Okello Oryem, Jimmy Akena, Taban Amin, Beti O Kamya, Beatrice Anywar, Aber Lilly, Odo Tayebwa of this country have been state captured.
Report to administrator
+1 #4 Remase 2022-01-09 00:08
Doc, Museum is the master of deception!

The list of once critical of M7 but now in bed with M7 is endless. Betty Kamya, Fool Figure, Charles Peter Mayiga, Betty Anyway etc!

Mayiga was even kidnapped, along with Namboze and Segon, they were tortured fiscally and emotionally.

If Mayiga believed that M7 was bad then, at the time he was kidnapped, has M7 gotten better now or worsened since then?
Report to administrator
+1 #5 Remase 2022-01-09 00:19
What is the difference between Mr. Cool, Mayiga, Fool Figure and Betty Kamya?

All of them spoke the truth the and/or rightly criticized M7. But now they all praise M7 and say that M7 is the best thing that has ever happened to Uganda!

Yet M7 clearly stated in 1986 when he captured power that, "The problem with Africa is leaders who over stay in power." However, after 36 years,to Cool, Fool and Mayiga, M7 is the best president Uganda has ever had!
Report to administrator
0 #6 Remase 2022-01-09 21:01
Fellow Ugandans, it's fair to say that the problem is not M7 but Ugandans!

It's either M7 is the most wise man or we are the most foolish people. For example, in the recent LC Kayunga elections,

M7 clearly said that it's NRM which determines the winner and it did! However, with clear knowledge that M7 rigs elections, we fully participated in the elections then thereafter said that M7 rigged them for NRM!

Mayiga who clearly knows who M7 is, because M7 tortured him physically and emotionally when he kidnapped him, now, like Bebe Cool, Mayiga says that, "Awangale ai Sabalwanyi M7!"

Mayiga is protected by army, M7'S elite Special Force Command! If Mayiga believes that way, how about Cool?

If Mayiga, with clear knowledge that M7 rigs elections, but comes out and urge the nation to accept rigged elections, is M7 wise or Mayiga, Cool, Fool and Kamya are foolish?
Report to administrator