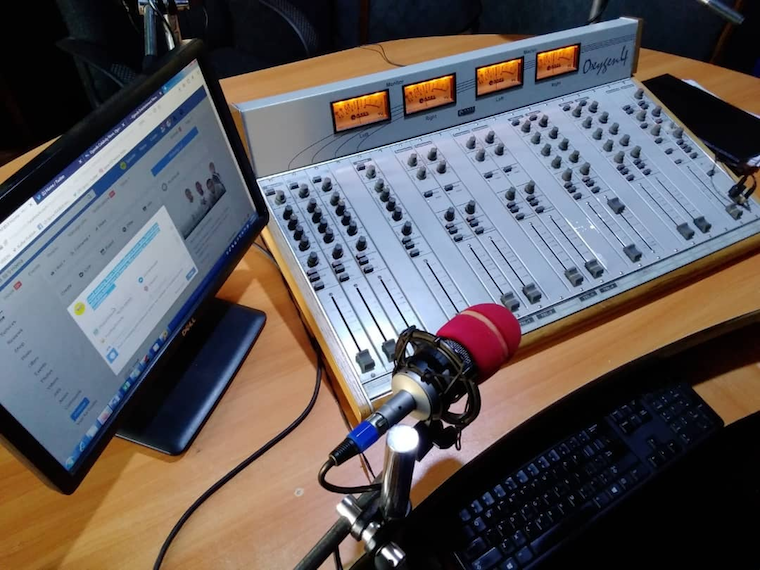 By the most basic definition, media is understood as the means or channels through which we disseminate news, entertainment, education, and so on.

However, because of what we have been mostly used to, when one mentions the word, what immediately comes to mind are newspapers, radio, and television – what is generally referred to as traditional media. With the rise of the internet, today we add online modes which come in various forms.

The role of the media, in whichever way we might think of it, cannot be underestimated – perhaps self-evident. Communication is at the heart of all that goes on in society. We need to communicate our plans, to create awareness, to educate and learn, to uneducate, to know what happens around us, to resist where need be, and so on.

It is thus no exaggeration to refer to the media as the fourth arm of government – though it need not be tied to government. Because of the importance of the media in our lives, whenever there is a vacuum of it, people will always create alternative forms of communication.

Even under the most extreme forms of state surveillance, people will find ways of communicating whatever they want to. It should have been in view of this reality that Jim Morrison quipped that “whoever controls the media controls the mind[s of people]”.

In view of this, states will always desire to be in charge of the strong media or find ways of controlling them. They will also establish their own media, which often become the major shapers of desired narratives and counters to unwanted truths.

But why should we think about the media now? For a number of reasons, even before the Covid-19 pandemic, several private Ugandan media houses were struggling for survival. The rise of the internet, and the falling reading habits, had continually battered newspaper readership and sales.

Reliance was increasingly on adverts than sales – only to consider, of course, that sales (real and perceived) still had an influence on attraction of adverts.

Television and radio, on the other hand, were steeped in cutthroat competition for advertisers due to the rapid increase in their numbers and national distribution.

In a way, this was good for the public. The era when Radio Uganda, Uganda Television, and a few newspapers held monopoly over shaping national narratives was gone. The public had a wide range of outlets to choose from.

At the same time though, the struggle for survival (and perhaps greed) by media houses compromised many of them through business entanglements that made it difficult for them to report independently.

Government is certainly the biggest advertiser. It would be difficult for any traditional media to survive if government starved them of adverts. Yet still, even if media houses banked on private companies, in a polity like ours, government as well has a strong hand in the business/alliance choices of big companies.

Some would shun critical media houses so as not to be seen to be ‘anti-government’. Regardless, even where media income mainly comes from big company adverts, it still leaves a number of questions on how far the media can go in independently reporting about such companies.

This is not helped by the fact that many private media houses cannot meaningfully pay their journalists, hence breeding more unethical practices that further compromise the quality of reporting. It is not unusual for journalists to ask for ‘facilitation’ from those whose events they cover.

How do we expect them to report after being ‘facilitated’?

One other challenge that came with the multiplicity of media ‘houses’ is the fall in reporting standards due to competition on who breaks stories first. Social media had become more prompt as it allowed everyone to become a reporter of sorts, without editorial delays.

By the time stricter traditional media are ready to report, the news is already stale – sometimes because it is collected without improvement from social media that the public has already visited. Some media houses have had to adapt by venturing more into investigative stories that are less prone to the vagaries of time.

The rapid increase in news sources has inadvertently increased among the public the burden of sieving and verification. The complex mix of truths and falsities has made it difficult, especially for gullible masses, to tell what to take or leave.

The period of the Covid-19 pandemic when there has been desperate need for credible information on the disease, its causes, treatment, and vaccination, has been characterised by unprecedented confusion, partly occasioned by media challenges.

Anyone could wake up any day and initiate a narrative about a drug/cure, propaganda about vaccines, confusion relating to standard operating procedures, and cause undue panic. Such confusion conveniently fed into the hands of governments that already wanted opportunities for tightening their grip onto media and purging dissent. Censorship in the name of Covid-19 thus heightened.

For any useful information to get to the public, it had several competing and often attractive lies to counter. Diminishing trust in government due to corruption and politicisation of the pandemic only complicated the information mess.

From all this, while we have had a high price to pay, the vast lessons should not be lost on us. One of the questions is on how media can be funded without attracting compromises. It is good that many media houses have learnt how to innovate to adapt to changing times, especially by tapping into online revenues.

The other question is on how to regulate media professionalism without undue censorship. Government’s detrimental conflicts of interest call for more actors. This necessitates stronger civil society engagement in building and protecting media sustainability and space.

Ugandans are bent on fighting Lysol, Akot...,while Musevei's family business will continue after him - Museveni is not eternal & his family member is ready to replace him, right?

Time Dr Jimmy Spire Ssentongo & educated Ugandans call for an end to the tribalistic system & to UNITY, if Museveni & family are to be got rid of!

Ugandans MUST say NO to the tribalistic system Museveni put in place & UNITE to block him!

As it is Ugandans will be lost without Museveni as all they know is fight their own who call them to UNITY, to ensure they get back the country formed by their tribal lands, but belongs to migrant Museveni & family!

Even Congolese finally woke up to end CARepublic Mobuto ruling them owning their land riches...for life!

36 years on, but Ugandans will legalise Museveni with next fake presidential election & bolster him with fake parliamentary elelction WHY?
Report to administrator
-2 #13 Lysol 2022-01-11 23:45
Akot
Thanks!
Tribalism is the cancer killing Uganda.

They way they attack me is due to the misconception that I don't belong to the same tribe with Spire.

They would rather shield him rather than allow him to be challenged or criticized by others. That is a sign of weakness and flaw.
Report to administrator
-6 #14 Ferdinand 2022-01-12 15:20
Lysol, see how cheap you are!

Who even cares about your damn tribe if you can't reason in the first place. I am Madi for example, why would I care whether you are a Muganda or Acholi or some wild animal?

All I care about is whether you can think or not. And all evidence so far proves that you are incapable of serious reasoning beyond pettiness of slandering and hating individuals out of sheer malice
Report to administrator
-4 #15 Lysol 2022-01-12 20:06
Quoting Ferdinand:

Lysol, see how cheap you are!

Who even cares about your damn tribe if you can't reason in the first place. I am Madi for example, why would I care whether you are a Muganda or Acholi or some wild animal?

All I care about is whether you can think or not. And all evidence so far proves that you are incapable of serious reasoning beyond pettiness of slandering and hating individuals out of sheer malice

No you are not a Madi even a Ugandan. You are from Rwanda. You once said that you were a teacher in Kigali.

Stop lying and trying to be a smart-ass. Ugandans are no fools. Go back to Rwanda and leave " the stupid" Ugandans to handle their own affairs.
Report to administrator
-3 #16 Ferdinand 2022-01-13 12:41
Lysol, you keep exposing your low IQ.

So a Madi can’t be teaching in Rwanda? Do you know how many Ugandans teach in Rwanda? Man, you need a brain transplant
Report to administrator
+3 #17 Lysol 2022-01-13 21:47
Quoting Ferdinand:

So a Madi can’t be teaching in Rwanda? Do you know how many Ugandans teach in Rwanda? Man, you need a brain transplant

You are the one with a very low IQ. You have exposed yourself and can be easy to find. You claimed to have studied Psychology at Stanford University, USA.

We can start, from there, if there was a Madi or a Rwanda alumni from that university.

Secondly, we can also look for a Psychology teacher from Uganda teaching in Rwanda.

Remember that you once offered to meet me in Kampala, because you were stealing my comments to teach your students, but I turned you down. So, the whole hostility towards me is personal. Bring it on!!!

By the way, who appointed you to be the social media police? It's an insult to The Observer that it is not doing it's job.

You have no balls to put up with me, moron. You cannot even post any comment at this forum without insulting me.
Report to administrator
-5 #18 Ferdinand 2022-01-14 12:57
I can clearly see, as suspected, that I am dealing with an idle delusional psychotic fellow.

Of course I used your comments to teach about psychological disorders that were apparent in your behaviour. That is not stealing.

It is like someone finding some use with rubbish. Strange that you even pride in your disorders as intellectual property! You can put your idleness to better use, by visiting Butabika
Report to administrator
0 #19 Lysol 2022-01-14 20:07
Ferdinand
Thanks, for admitting that you're a thief who steals other people materials without their consent.

I can now sue you for plagiarism. You have now exposed yourself that you're a fraud and a phony.

I have sent an email to Stanford University to verify you real identity. I doubt if you ever even studied there. You will be exposed.

Stop playing a quack, you cannot diagnose a patient you have never even seen. You're wasting your time and energy insulting me. Sincerely, I don't care anymore. Go hang yourself.
Report to administrator
12