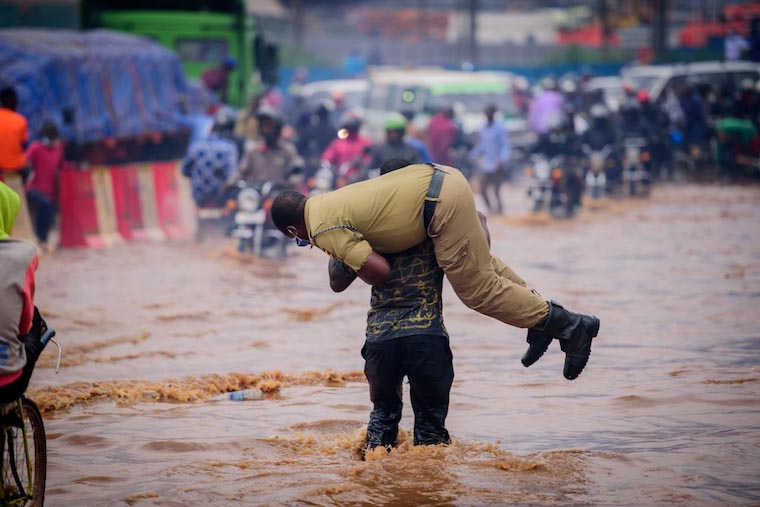 The year is new but is there any prospect of something good in the current Uganda?
I don't know whether Ugandans should've stopped holding new year's celebrations on the 26th of January 1986, or shortly after that date. For many years, probably more than two decades, the life of an ordinary Ugandan has been stagnant.
If it were stagnant in just economic prosperity but thriving of human rights, rule of law, good health, this stagnancy wouldn't be troubling. But stagnancy has been everywhere; poverty, governance, health, human rights, etc.
In the present state of Uganda, not only are many people destitute, majority of those who are not, are being haunted by a perfectly reasonable fear that they may become so at any moment.
Learners at university have the constant prospect of unemployment; salaried employees know that their firm may go bankrupt or find it necessary to cut down its staff; businessmen, even those who are reputed to be very rich, know that loss of all their money is by no means improbable. Professional men have a very hard struggle.
After making great sacrifices for the education of their sons and daughters, parents find that there are no employment opportunities that used to be there for those who had the kinds of skills that their children have acquired.
If they are lawyers, they find that people can no longer afford to pay for the services of lawyers, although serious injustices remain unremedied. If they are doctors, they find that there are no lucrative hypochondriac patients to go for regular medical checkups for their private businesses to keep afloat, while many genuine sufferers have to forgo much-needed medical treatment.
If doctors are serving in government hospitals, they find that one has to make regular and risky street protests in order to earn a decent income. If they are teachers, they find that there are not enough private schools to absorb them.
If they are engineers and architects, they find that not many Ugandans are financially capable of constructing buildings - both residential and commercial. The few who are financially capable, avoid professional engineers in an effort to evade "high" costs that come with hiring professionals. Instead, they go for 'inginiyas' whose services are more pocket-friendly.
In the current Uganda, one finds many young men and women of university education serving behind the counters in shops earning not more than 100,000/= per month. It may save them from destitution, but only at the expense of reasonable formal employment.
Young and educated women who despise the little pay have resorted to prostitution. They've opened up websites such as Exotic Uganda, Uganda Hot Girls etc. and social media accounts via which they market their services. Towards the 2021 festive season, which is yet to end, they coined a phrase, "chilling with the big boys," which decently stands for their seasonal but lucrative prostitution.
In all classes, from the lowest to almost the highest, economic fear governs men's thoughts by day, and their dreams at night, making their work nerve-racking and their leisure unrefreshing. This ever-present sorrow and financial insecurity is, I think, the main cause of the mood of madness and bitterness which has swept over great parts of the country and is reflected on social media.
Some of the hopeless have resorted to treacherous, money-driven self-proclaimed men of God for hope. These men of God not only have an insatiable desire to milk every penny from their followers but also derive their legitimacy in propping up the regime.
On their pulpits, the so-called men of God sing praises for the regime, give platforms to men and women who have contributed to the suffering of a common man, and paint a picture that if the status quo is changed, life will become more troublesome. Because our political environment greatly requires a favorable spiritual environment, men of God are given all the freedom to loot in exchange for their services to the regime.
For those who are conscious enough to know the real problem and have a Kakwenza-courage, security men break into their homes, threaten to break their legs, and finally inflict excruciating pain on them which leaves them with a significant risk of suffering from post-traumatic stress disorder (PTSD), deformity or death.
The writer is a Ugandan citizen

One hopes that the Ugandan politicians are well aware of such suffering and they know why they recalled this lame duck president to comeback and assist the country to recover from the global pandemic.

Not all is lost anyway since the same parliament has the opportunity to change the law for a more better presidential leadership.

This is a better option than allowing unhappy citizens to go back to the African bush and try to capture power for another 40 years?
Report to administrator
-1 #2 Mandela 2022-01-07 08:21
Steady progress!
Report to administrator
+4 #3 Jama 2022-01-07 14:24
A brilliant article, which explains the general life of Ugandans under an oppressive regime.

Thank you for the intellectual honesty expressed on this article. This country needs a visionary youth like you.
Report to administrator
+3 #4 Lakwena 2022-01-08 08:35
Thanks Moses Baguma for publicly expressing your observation and concern for others.

Especially after Mr. M7 on 26th January 2017, made a Public Disclaimer that he is not their Servant nor Employee; what more do Ugandans still expect from the NRM leadership?

In deed, compared to the "Have not"; those who seem to have, are more frightened by the uncertainty of this country than the latter who apparently have nothing to lose.

Which is why, the frantic borrowing and blind PLUNDER of public goods and/or resources have reached a frenzy.

To say the least, given the surplus unemployment of the youths, you have narrated hereabove; many Ugandans are already permanently unemployed.
Report to administrator
+1 #5 Lakwena 2022-01-08 08:52
It bothers me to see some Ugandans glued to their Tv and radio sets, listening to the long, meaningless speeches and/or directives of someone who has already told them off that he is not their servant or employee; yet he is the uses and abuse the largest share of the National resources.

Many Ugandans see nothing wrong with, publicly identifying with a man who publicly declared himself a Ssebalwanyi (King of Conflict and Master of Violence) and have been practicing it on Ugandans

Many Ugandans see nothing wrong with, publicly identifying with a man who publicly declared that; he has no problem with corruption, as long as the proceeds from corruption are banked and/or invested in other countries, but invested in 5-star Hotels and phony investments inn Uganda.
Report to administrator
+1 #6 Lakwena 2022-01-08 09:09
It bothers me that: after 36 years many Ugandans see nothing wrong with, Mr. M7 having used, abused, maliciously prosecuted, imprisoned and discarded all the people who sacrificed; not only personal resources, but also shed blood to get him into our State House. The most recent on the list is e.g. Gen Tumwine.

E.g., who has not seen Gen Tumukunde drag one of his legs behind him as he walks?

Who did not hear Gen Mugisha Muntu say that he still has bullets lodged between his ribs?

Who did not hear Gen Tinyejusa say that he also has bullets as part of his current anatomy. if remove, he would fall apart.

In other words, as soon these guys expressed their displeasure about the manner in which country is being led; they were rudely thrown out the doors and windows of our State House.

Wachireba?
Report to administrator
0 #7 Zaitun 2022-01-12 19:54
Dear Moses Baguma, the life of an ordinary Ugandan under the Museveni regime should not be a great surprise to you.

According to his mindset, an ordinary Uganda should be bent to pay all his earnings to feed the ruling clan, to offer them free social services and remain a slave.

Any one who says the contrary should look at the photo above- even his armed officers are now bent to break the backs of ordinary citizens- they have been turned as carriers of his trusted officers instead of being driven in cars, are used as transporters of his uniformed men to cross rivers instead of Museveni govt. constructing bridges.

But they feel happy when they take all the scarce resources of the country to build roads in Congo and deploy heavily armed men in RDC to fight immaginery rebels.

So sad during this period to be called a Ugandan. The question is: Where have true Ugandan patriots gone? Have they all been killed by these invadors?
Report to administrator