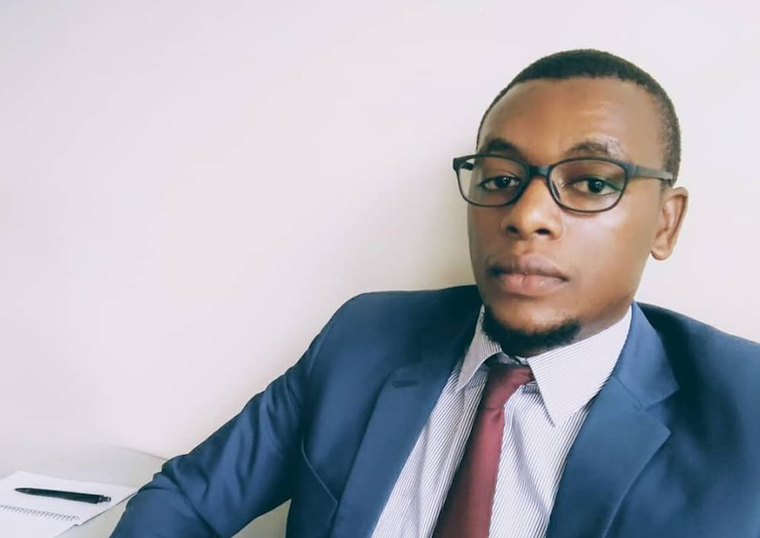 Kakwenza Rukirabashaija was recently arrested on allegations of offensive communication

A number of personalities have made themselves popular through abusing people in the foolery of writing poems and other genres of literature.

The first one was Stella Nyanzi who badly insulted the president, later added on the first lady and other members of the first family. Ugandans as usual, like cheering the individuals who confront leaders with ugly insults on social media - maybe as a way of expressing themselves but of course, those so-called writers are driven by extremism and radicalism.

As a student of literature, I was taught that there's a language considered informal and disrespectful - not fit to be used on people we hold in high esteem. I was also introduced to something called politeness, which I was taught that it can be used for the communicator to achieve the intention of communication and also for purposes of protocol.

Literature is so interesting and enjoyable, but it shouldn't be used to insult people more especially the leaders. It should rather be used to teach, inform and sensitise. There's no individual who will ever be impressed when literature is used against them?

Individuals in Uganda, who are mainly using poetry to abuse leaders should put themselves in the position of the leaders they abuse, and just imagine if they would be happy when a such a diction they employ to express themselves  is used against them.

This also brings us to the paradox of human rights. Some people think it's their right to cause psychological torture against someone, but it's an abuse of human rights when they're called to answer. It's as if one party has more rights than the other, and therefore they're free to abuse, harass and embarrass. Our leaders are human beings and they get angry like any other person and deserve respect, the law protect them just like it protects us.

Some writers are using poetry to abuse leaders because of the praises they get from Ugandans on social media and the kind of attention given to them by the main stream media. The politics of populism which is used by the opposition is spoiling the morals of Ugandans, someone can do anything to gain fame or appear in the news and be talked about as a leading government critic. Maybe they earn something from it.

Using poetry to abuse our leaders is also caused by idleness. Before Kankwenza was arrested, I used to follow him on Facebook, and I would read his comments on almost every sex-related post on Facebook. Someone who is busy doesn't have that time.

Perhaps his mind gets filled with abuses when he is idle and he needs to be told that we are not responsible for his idleness. I don't know if Kankwenza has ever known that he also has a number of things that we can write to insult him and he won't be happy about it.

If he doesn't agree with the commander of the land forces or the president himself, why would he take the route of insults? Isn't there any other way he can express himself without abuses and his views be respected? Well, the people who are good at debates understand that a person who engages in insults has either run out of ideas or has no ideas at all.

I have not read anywhere in history where the famous writers like Ngugi wa Thiong'o, Chinua Achebe  etc used their writing skills to insult the individuals. They would simply express themselves in a dignified manner or use their skills to produce novels to be used for academic work.

Their pieces of writing would actually be used to sensitize the masses about a number of things. Ugandan writers are taking a wrong route of pouring out their hatred through ugly insults that no upright human being would love to read or listen to.

The writer is a deputy RDC Kyenjojo district

+7 #1 Habib 2022-01-05 15:51
In your estimation, it's wrong to abuse your leaders but it's correct for your leaders to torture those under their custody. Obscurantism.
Report to administrator
+3 #2 Jama 2022-01-06 14:39
Before blaming Kankwenza for insulting your bosses, turn the mirror of reproach towards your own.

It's normal for you when human beings are being referred called pigs.

In one of his past speeches your boss said Amin was a bafoon.
Report to administrator
+4 #3 Malinga Woira 2022-01-07 09:03
You do not seem to have been a good student of literature.

Ngugi was imprisoned for his attacks at the regime he labels colonial, corrupt and incompetent.

That's why he is in exile. Read Devil on the Cross, Petals of Blood, etc and you'll swallow your words.
Report to administrator
+3 #4 ange prince 2022-01-08 09:56
I believe the choice of words used are for emphasis on the subject matter and the phenomenon at hand, in my case I always view Uganda in perception of the book, animal farm, I do not see something wrong with opening the eyes of the mass, with his literature
Report to administrator
+1 #5 Lakwena 2022-01-08 12:34
Sam Evidence is a self-evident intellectually dishonest Resident Dictator.

I want to remind Assistant Resident Dictator, Sam Evidence that: the measure one gives, should be the measure s/he should expect.

E.g., when Mr M7 brazenly insults like a deranged maniac and/or refers to some Ugandans as Pigs or Parasites; what should stop any Ugandan from insulting him in the same measure?

In other words, even if Mr. M7 now thinks he is becoming God, he should be reminded that even God is disobeyed and his existence denied.

Or, when Mr M7 thinks he is so good that Ugandans can't do without him; whom is he comparing himself to: God or his moral bankruptcy, criminality cowardice, selfishness and explicit barbarism?
Report to administrator
+1 #6 Lakwena 2022-01-08 13:21
Mr. Resident Dictator, what dignified manner or difference does it make if you referred to a woman who provide sex for money a Starlet woman or prostitute?

In other words, except a murderer, what is the dignified manner to refer to Mr. M7 who in 2015 told the people of Mayuge that together with his driver, killed an on-duty UNLA soldier at a Roadblock.

Except "bank robber", what is the dignified manner to refer to Mr. M7, who in 2019, told the people of Luweero that: they used to rob banks in order to fund their subversive activities against the UPC administration?

So Mr. Resident Dictator, it is not an insult to refer to someone who takes away people's properties without their permission a THIEF.

Or whether the president or not; whoever extrajudicially kills or orders the killing of another person is a murderer or barbarian.

Wachireba?
Report to administrator
+2 #7 Zaitun 2022-01-08 16:27
A rotten mango fruit in which animals are not interested will always fall under the very tree that produced it.

Literature students are supposed to be well versed with criticisms, reason why many intelligent students delve in that study.

But in this case, our man of knowledge, Sam Evidence Orikunda, would like to see Ugandans stand too low to appraise his uncle!

Being a good writer does not mean glorifying men of little substance who only deserve criticism!
In Africa, we have many of these critics- Ngugi wa Thiongo, Robert Sserumaga, Okot Bitek, André Brink- A Dry and White Season; Chinua Achebe, A Man of the People, Wole Soynka ...

By writing such rubbish to defend your uncle, you do not know that you are scandalizing your Professor!!

Reading your trash simply makes one vomit. May be your country will accept you as a professor tomorrow but not Uganda.
Report to administrator