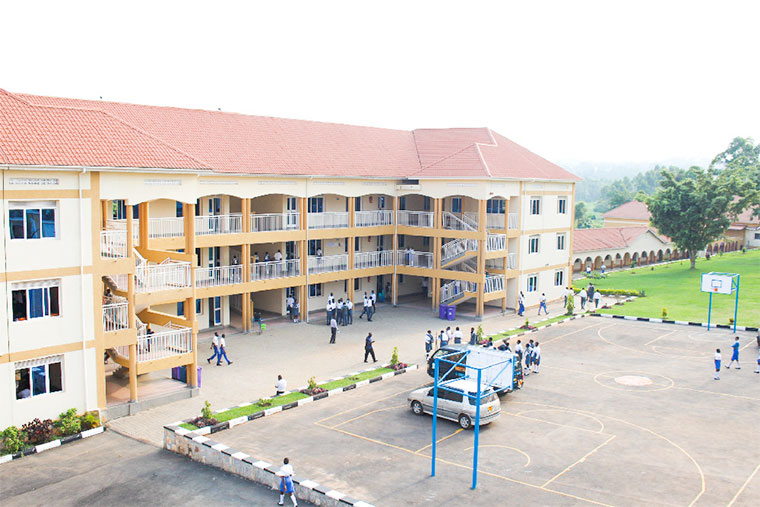 I want to express my disappointment in the Seeta High School, Mukono management.

In 2021, we parents of S3 students paid Shs 1,708,000 for Term One. Our S3 children were in school for less than a month because the management hired part of the school to Uneb as a marking centre.

The school assured the parents that the children would be compensated during the June school holidays which didn’t happen because of the prolonged lockdown. In a June Zoom parents meeting, the school management reassured the parents in a circular that there would be no new fees payments when the schools reopen.

They even encouraged parents to pay Shs 100,000 per month from June to December 2021 for online classes which many parents paid gladly!

To our utter shock and the dishonesty of the school management, they surprised us with another circular, indicating that we must pay fresh fees of Shs 1,708,000, less than two weeks to the reporting date!

The school management has decided to go silent on all the usual communication channels with the parents. All the parents’ questions and concerns are being ignored yet the day for the children to report to school is fast-approaching!

Can the ministry of Education and Sports come to our rescue? What happened to the promise to protect the parents of the students whose studies were affected because their schools were used as Uneb marking centres?

When I listen to comments about school restarting, I get a sense of gloom.

I am picking out the P1 problem for example. It looks like we are going to combine intakes of 2021 and 2022 into one group.

Not only will this create large class sizes with attendant management issues, but it will distort the structure of the education system as it will be maintained all the way to higher levels.

But I think there is a simple fix. Keep each year’s intake separate.  Start with the intake of 2021, and later move them to P2 as 2022 take up their position.

Intakes are determined on the basis of age. P1 is at least six years in the relevant year. Maybe a better solution has been proposed out there. In any case, keep the two groups in P1 separate.  Better the headache now than carrying it forward over the coming years.

Politicians should learn from Besigye

In her book, The Struggle for Freedom and Democracy Betrayed, Miria Matembe revealed that when Kizza Besigye offered himself for presidency in 2001, along with Eriya Kategaya, Amanya Mushega and other members of the Movement then, she tried to talk Besigye out of standing for presidency.

The group tried to convince him that Museveni was running for his last term and that he could wait for the Movement to organise a transition led by a person the most would agree on between 2001 and 2006.

Matembe and her colleagues did not buy into Besigye’s argument and denied him their support in the 2001 presidential elections. Like they say, the rest is history.

Besigye reasons that elections, in themselves, cannot end the Museveni administration. Towards the 2021 presidential elections, Besigye boldy made his opinion public. Some Ugandans, including Bobi Wine, an erstwhile presidential candidate, dismissed him vehemently.

The 2021 election cycle was characterized by unprecedented levels of violence and military deployment. Even months after the presidential elections, military and police officers kept on Kampala’s streets.

Museveni revealed during his most recent political rally in Kayunga that NRM has the final word on everything and anything.

He emphasized that if the NRM doesn’t approve your candidature, you can’t win, being in a “democracy” notwithstanding.

Indeed, the way events unfolded in Kayunga proved that Museveni was serious with his statement.
Now Ugandans increasingly believe that elections aren’t a viable solution to regime change.

0 #1 Wante Martino 2022-01-07 14:11
The biggest problem we have is the Appointment of Ministers who do NOT qualify to hold Sensitive Ministries, honestly, what can Janet do in MoE, it took re3fusal of members of Parliament to get her to Table School re-opening Plans, and now we can all see the mess she created, and that lady is more Rigid than her husband, a GOOD dictator, you do things her way, or......
Report to administrator
+1 #2 Lakwena 2022-01-08 16:34
Without the Principles of Personal Ethics, there will be no Principles of Professional Ethics in especially dispensing social services in this country.

Because of the vice of apparent conflict of interest; if it were in other countries where professional Ethics is the strict backbone for the delivery of public and/or social service, Hon Chrysostom Buyingo (the proprietor of Seeta H/School) would not be allowed to serve as the Minster of State for Education.

In other words, as the Minister of State for Higher Education, Education Hon Buyingo would not be allowed to participate and or compete with his employer, the Republic of Uganda,

This is because, owing to personal interest (Profit); the Hon Minister would lack the impartiality to enable e.g., the Govt schools to academically equally or perform better than his Schools.

But this is Uganda, not Spain.
Report to administrator