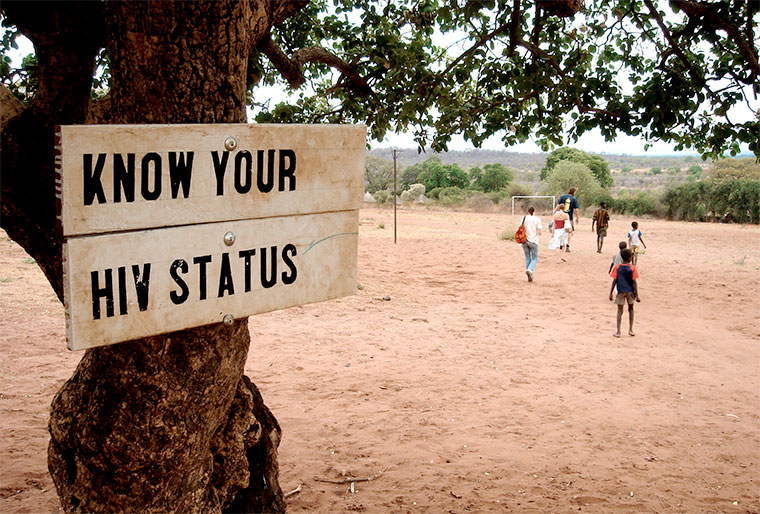 Amidst Covid-19, inequalities, especially among people living with HIV (PLHIV), have been more evident than ever before.

Access to HIV/Aids medications and other services has been a problem during the national lockdowns, as stigma and discrimination, the commonest drivers of inequalities, have increased.

Dr Steven Watiti, an HIV treatment and care specialist, notes that “it’s indeed unfortunate that the HIV response and services: preventive, care and support are not working for all, especially young women and adolescent girls (YWAG) who are bearing the brunt of the new infections. So, to turn the tide for them and all others, we must put on “inequality lenses” in order to see the levels of poverty, gender, and sexual violence.”

He adds that a good quality education system would keep these young people safe in school, and empowering people with relevant information about HIV (treatment literacy for PLHIV) would also go a long way in reducing AIDS-related deaths, which are highest among men.

“Lastly we must invest in eliminating the stigma associated with diseases like HIV and now Covid-19. Stigma is premised on myths and misconceptions about diseases,” he says.

When people are stigmatized, new infections are likely to increase because they will not adhere to treatment. Meanwhile, Nelson Musoba, the director general of the Uganda AIDS Commission believes “it’s very dangerous because for us in the fight and prevention of HIV/ Aids, it means that people will not seek for information because they fear that they’ll get stigmatized. People will not also seek HIV services because they fear that they might be discriminated against by the health workers. And for those who are on treatment, they may not adhere to treatment.”

Last week’s World AIDS day had a special focus on reaching people left behind, as the World Health Organization (WHO) and its partners highlighted the growing inequalities in access to essential HIV services.

Because disparities in access, HIV infections and AIDS-related deaths result from inequalities, the new Global AIDS Strategy (2021–2026) seeks to reduce the inequalities that drive the AIDS epidemic and put people at the centre to get the world on track to end AIDS as a public health threat by 2030.

In her statement on the day, Winnie Byanyima, the executive director of Joint United Nations Programme on HIV/Aids (UNAIDS), noted that without a bold action against inequalities, the world risks missing the targets to end AIDS by 2030, as well as a prolonged Covid-19 pandemic and a spiralling social and economic crisis.

“AIDS remains a pandemic. The red light is flashing and only by moving first to end the inequalities which drive the pandemic can we overcome it. Without the inequality fighting approach that we need to end AIDS, the world would also struggle to end the Covid-19 pandemic and would remain unprepared for the pandemics of the future. That would be profoundly dangerous for all of us,” she said.

According to her, measures like having equitable access to medicines, vaccines, and health technologies, elevating essential workers, and providing them with the resources and tools they need, and the presence of people-centered data systems that highlight the inequalities will reduce the burden.

Meanwhile, the recently launched National Policy Guidelines on Ending HIV Stigma (2021) will provide an enabling environment for the elimination of all forms of stigma and discrimination, and give stakeholders adequate information about the vices for appropriate actions, provide persons with and affected by HIV enough knowledge, skills and legal support to protect their rights, and improve access to health services by minimizing unlawful disclosure of one’s HIV status or other restrictions in accessing care.

The National Comprehensive Condom Programming Strategy& Implementation Plan 2020-2025 has been developed to operational use the HIV prevention and reproductive health strategies.

Vastha Kibirige, the national coordinator of the Condom Desk in the Health Ministry, notes that the people centred and data- driven approach in this strategy will help to increase utilization of condoms, and help to prevent
new HIV infections.

In collaboration with the civil society and networks of PLHIV, the government of Uganda is advocating the test and treat policy, which requires screening for HIV infection and early treatment for those found to be HIV positive, regardless of their CD4 count.

Meanwhile, Winifred Ikilai from the National Forum of People Living with HIV/ Aids Networks in Uganda (NAFOPHANU) says “because of stigma and discrimination, we still have a number of people not coming out to test, and many are not enrolled on to care and treatment. To reduce on the transmission, we should put people on treatment.”