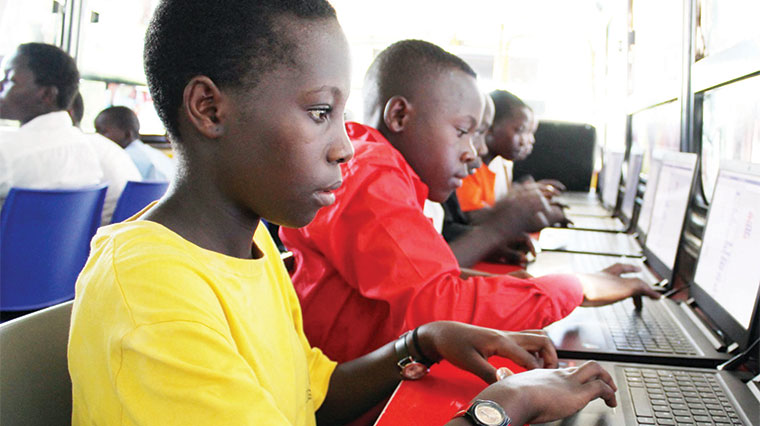 The high cost internet has hampered economic freedoms in Uganda

Limited affordability is one of the most significant barriers to internet adoption and usage in Uganda. By setting high taxes on internet data access, government is effectively slowing down innovation and socio-economic growth and this makes it difficult for citizens to advance towards digital technology.

Making the internet more affordable and tax-free would bring more people unto the online market, increase meaningful internet usage for those already connected, widen the tax base because of increased business innovations backed by reduced costs of doing business.

On July 1, 2018, the government introduced a social media tax widely known as Over-The-Top (OTT) as an avenue to raise more revenue and curb down online gossip according to the ministry of Finance. Internet users were required to pay Shs 200 ($0.05) to have access to social media platforms such as WhatsApp, Facebook, Twitter, Viber and other social media sites.

Many internet users forecasted that the social media tax would reduce internet usage and fail to generate the predicted revenues as government dreamt and this realistically came true. At the time the government trailed suggestions to bring on board the OTT tax, the ministry of Finance estimated to collect up to Shs 486 billion ($131 million) annually.

However, after critical observations, this was reviewed downwards to a tune of Shs 284 billion ($78 million) annually. In July 2019, one year after the introduction of OTT, the revenue body reported that it had experienced an annual shortfall of 83 per cent, having collected only Shs 49.5 billion ($13.5 million) thus OTT introduction distracted the primary objective of raising revenue.

This was attributed to many Ugandan resorting to the use of virtual private networks (VPN) as a bypass to avoid payment of OTT in addition to the use of wireless networks which resulted in low returns on the anticipated revenue. Therefore, people paying OTT tax and the number of internet users both dropped by around 15 per cent between July and September 2018.

Uganda lost over five million internet subscribers between July 2018 and July 2019 largely due to the huge internet tax (OTT) that scared away internet users. Much as the tax was projected as small and manageable to every Ugandan, it did not meet the fairness and proportionality characteristics of a good tax.

According to Uganda Communications Commission as of December 2020, Uganda registered 21.4 million active internet subscriptions - translating into a little more than one active connection for every two Ugandans. However, internet subscribers who laboured to pay OTT were only 13.7 million people in a month, the rest evaded it by bypassing using the VPN while others completely stopped using the internet.

Beginning July 2021, the government revised and substituted the OTT tax with a direct 12 per cent levy on internet data, in addition to the value added tax (VAT) of 18 per cent. To many Ugandans, this sounded like a double taxation of charging a 12 per cent internet data tax and 18 per cent VAT totaling to 30 per cent charge.

The new 12 per cent internet data tax came when Uganda was experiencing a second wave of Covid-19, which forced the government to institute a total 42-day lockdown that prohibited all public gatherings, inter-district travels, closure of education institutions and public transport.

To the education sector, most academic institutions have found it quite challenging to extend virtual lessons or lectures to learners and this has turned to be a heavy challenge for learners accessing online education materials. Bearing in mind that some education institutions can have free internet access from telecom companies such as MTN and Airtel Uganda, this is mostly applicable to well established large corporate institutions of learning.

Parliament should dialogue with URA and the ministry of Finance to revise the current internet data tax from 12 per cent to 0 per cent. This will match the new paradigm shift to digital technology of virtual management, digital marketing, and digital service delivery, reduce the cost of doing business in Uganda.

Advocacy against unfair taxes in Uganda is everyone’s implied assignment.