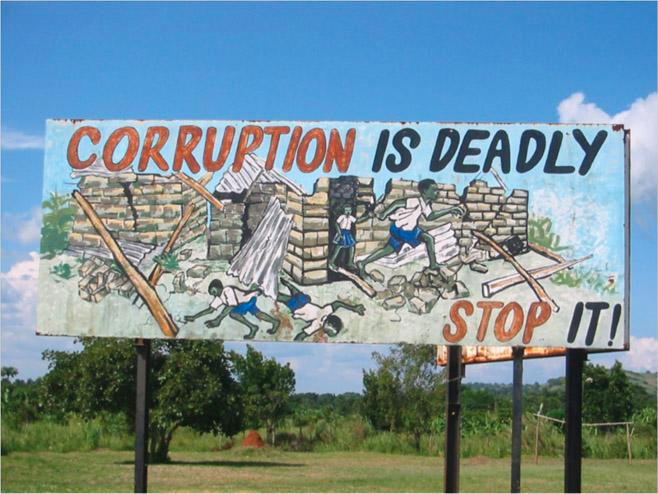 I do not know who the current minister of Ethics and Integrity is, and I wouldn’t blame any Ugandan for not knowing – just as it is okay not to know our vice president.

I imagine that being a minister of Ethics in Uganda is a tricky thing – especially for one who does not have the spine to refuse the job. I do not think that anyone takes that job without knowing the corners of the house they are not supposed to visit, and the dirt that is not really meant to be swept out.

Maybe with the exception of Miria Matembe, the rest have gone in with religious readiness to shut up. A tale is told of a cat that was accused of being ruthless in leading other animals. To change this impression among its subjects, the cat created a position of prefect in charge of welfare. A squirrel was duly appointed to it.

The first animals to petition the squirrel were rats, raising concerns about their comrades that were disappearing. The ambitious squirrel took the report to his boss, who seemed to listen. However, the squirrel was soon accused of incompetence and was unceremoniously dropped from the prefect list. Therein is the unethical drama of the ministry.

The office of the Ministry of Ethics, that of the Inspector General of Government, and the Human Rights Commission are perhaps among the most ironical of all. They take on a portfolio of which they are practically aware that over 70 per cent of their work is not supposed to be done. You do it at your own risk.

To accept to be a minister of Ethics is basically to accept to be idle for pay. But, to give a semblance of work, one has to create safe petty activities around morality. In whichever way one analyses Uganda’s problems, you will end up realising that much of what affects us as a country has to do with ethics.

Be it the swindling of public funds, the corruption in many of our public and private institutions, the road accidents, the tribalism, election rigging, lies, violence, gross inequalities, marginalisation, political persecution, terrorism, domestic violence, name it.

With all the corruption and political scandals we have witnessed of late, they watch on in cynical helplessness; perhaps waiting for the public to speak out on their behalf. No press conference, no statement! In their practical definition, this is not an important ethical matter. It can only be spoken about in tongues or with safe vagueness.

It would be interesting to hear from them about their understanding of ethics and integrity. But that wouldn’t matter. The real duties are less important than avoiding big toes. This is how their portfolio has been redefined to become a ministry of Sexual Morality.

Bring up any debate on pornography, miniskirts, and homosexuality; they will be willing to preach until cows come home. They will procure pornography detectors. They will keep a keen eye on social media for any news of sex tapes or fetish music videos.

These are the best moments for asserting presence. Fr Simon Lokodo, the former holder of the seat, took this triviality to the highest heights. From that angle, maybe his quiet successor is better.

I understand that the directorate has also held workshops at local government levels, sensitising officials about integrity. It is ironical how they expect that this selective targeting of who to ‘sensitise’ will create an impact. Some of these ‘bad manners’ at lower levels are learnt from above.

If it is okay for someone above to steal, why should it be wrong at local levels? This is why, apart from receiving unnecessary workshop allowances, the directorate itself should be internally aware that people can’t take it seriously when it talks about national values that are violated by big fish in its silent watch.

Building ethical society should move both from bottom up and from up to bottom. While the gaps in modern families are immensely contributing to the moral decay we see in upper levels, much of this can change if there is committed leadership from top.

If we want to wait for parents to spontaneously improve on their moral parenting, we might have to wait for too long. In a society where institutions are let to become endemically corrupt and with no consequence, even if families play their role, children will still be corrupted by the wider society.

Therefore, a ministry of Ethics that cannot speak to the top about corruption and integrity is simply occupying space and wasting taxpayers’ money. I am not saying that sexual morality is not important. But where it is the preoccupation of a unit that is supposed to address many other crucial ethical issues, it becomes hard to listen to the pretence.

When an institution makes a reputation for triviality, even when it tries to raise serious matters, it will not get audience. I was about to say that this drama should stop. But, given what we know, it would be a naïve recommendation. These questions should then go to those that accept to become regime scarecrows by accepting to occupy positions where they clearly know that they can’t have any reasonable impact.

Is it because of poverty, that you accept to be paid with taxpayers’ money for no public use while creating vain expectations among the public? When you look at all the ethical needs of the country, and what you keep yourselves busy with, are you happy with yourselves? In sincerity to yourselves, how do you evaluate your performance?

And zero as far as morality as morality is concerned.
Report to administrator
+4 #2 Lakwena 2021-11-18 11:18
Thanks Dr. Spire for reminding us that: Uganda is the only country under sun with a Ministry of Ethics and Integrity, with a Dramatic Case: A Tragedy and/or Comedy.

I also do not know who the Minister of Ethics and Integrity is.

Each time an argument about Ethics and Integrity in Uganda comes up, I am reminded of the ethical integrity of Hon Beatrice Anywar; who is now the State Minister of Water and environment.

In Dec 2012 Chris swore by his mother, told Ugandans that he will never forgive Gen Tibuhaburwa and Kayihura for locking him up on Christmas Eve; over his overzealous pursuit in investigating the causes of the tragic demise of Hon Cerinah Nebanda (RIP).

Each time Ugandans debate about the ethics and integrity of their MPs and/or current Speaker/Deputy of Parliament; I am reminded of the Amongi, Yakobo Oulanya of this country

And I can go on and on, and on.
Report to administrator
+3 #4 Lakwena 2021-11-18 11:31
In other words, all these countrymen and women: so call Hons MPs; were the Arch Critics of the current most corrupt and unethical regime Leadership Ugandans ever had.

I am sure, if at all they still have a balance of conscience left in their souls; each time they open their crooked mouths to defend the indefensible, they must inwardly cringe with the agony of what dressed up and useful idiots they have become.

Its does not only apply to the Minister of Ethics but a lot of other positions which are either duplicating work done by some one else or simply doing no work at all. RDC, CAO LC5
Report to administrator
+1 #6 Akot 2021-11-19 13:11
Dr Jimmy Spire Ssentongo,

Uganda problem is not Museveni, but the people to whom tribal lands belong, the very people tribally divided & ruled by migrant Museveni, who is now the only real Ugandan & owns tribals land & riches & Ugandans are his slaves at his mercy!

Is this so with the rest of population?

Even Bobi Wine hasen't understand he MUST call for an end to the tribalistic system & to UNITY of Ugandans!

So how will the situation change when Museveni is assured of continuity through fake elections, in the shithole he controls/owns, made his family business?

+35 years! How many more years do Ugandans need to understand they are slaves in the country formed by their tribal lands & Museveni/family will NEVER let go unless UNITY blocks & show them way out?
Report to administrator
0 #7 Akot 2021-11-19 13:21
Lakwena, thanks!

It's amaizing how Ugandans find it normal to let Museveni just rule, while they wait for him to finally look at them as real humans & begin serving them!

Ugandans know Museveni controls every institution, owns tax money he distributes to whoever he wants, yet they legalise him through fake presidential election & bolster him immediately with useless parliamentary election, to ensure!

Ugandans know as long as they go along with the tribalistic system, no outsider will ever blame Museveni, but this doesn't bother them as Museveni is safe in post & they wait in peace, for him to finally serve them!

40 years of Museveni won't be enough for Ugandans & they are ensuring his rule by all means!
Report to administrator
+1 #8 Remase 2021-11-21 22:30
Doc, M7 creates ministries as his needs arise, because ministers are not meant to serve the notion, and not appointed on merits but patronage.

Therefore M7 could have as many ministers as he wishes. Therefore it's not easy to keep track and know who they are because most of them simply hang their courts in office and go out on a frolic of their own.
Report to administrator
0 #9 Akot 2021-11-22 13:24
Remase, thanks.

Ugandans, including Bobi Wine, behave as if M7 is fighting for second 5 years term; his presence has become NORMALITY & legalising him to ensure his 45 years in power is NORMALITY, as long as elections take place!

- Ministers are payed in the PRIVATISED Uganda
WITHOUT public/social services, but paradise for
foreigners,

- Ugandans go for useless presidential & parliamentary elections every 5 years to thank Museveni & mps for doing NOTHING for them!...
Report to administrator
0 #10 Akot 2021-11-22 13:28
...Ugandans find it normal to be terrorised by migrant Museveni, now the only real Ugandans, for 36 years & still look up to him to finally serve them!

What a shithole the entire Africa is!

Look at Sudan! The military & disposed but now reinstated PM Handok think it's them who have a say and not the people so tired of waiting & want real governance, but the military & Handok haven't understood it!

Tribally divided ruled Ugandans are waiting for M7 to finally treat them as humans, when Uganda belongs to M7 & not to Ugandans any more!...

Just saying NO to the tribalistic system & UNITY are all Ugandans need, but they prefer ensuring M7's lifetime rule & the family business!

Why are Ugandans helping/letting M7 destroy them as "THANK YOU for giving him refuge/home/chance in the country?"
Report to administrator