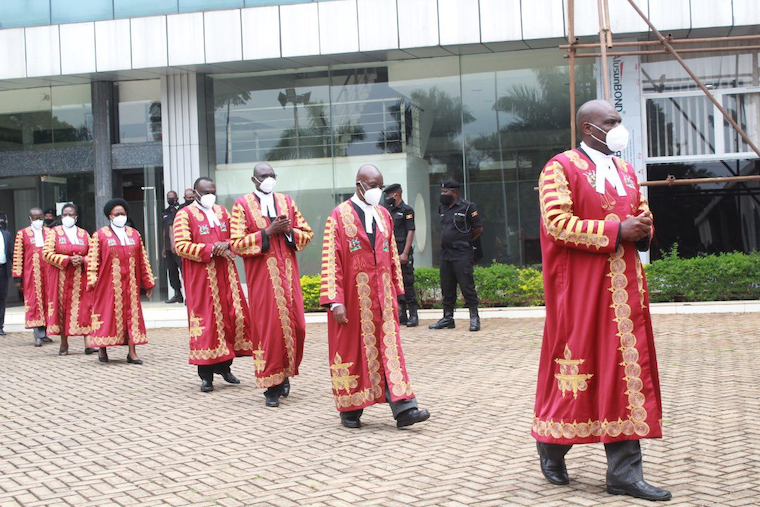 The debate on bail brings to the fore my recent visit to Pader and Kitgum districts to assess the levels of access to justice and impact of legal aid to indigent persons.

I had an opportunity to interact with locals in Pader and other community stakeholders and was stunned to learn that many prisoners remain on remand simply because the magisterial area is so large that the chief magistrate only appears in Pader twice in a year to hear matters in that jurisdiction.

Their right to a fair hearing and speedy trial is curtailed majorly by structural bottlenecks and resourcing deficits within our judiciary system. The ripple effect this deficiency has on the prisons systems is simply absurd; as we saw in Pader and Kitgum, we have prisons operating at about three times their intended capacity and with pre-trial detainees constituting nearly half of the inmate population.

This, therefore, begs the question: by rushing to push for constitutional reforms rather than acknowledge and resolve the existing structural and systemic bottlenecks and inefficiencies, are we not putting the cart before the horse?

A rather amusing anecdote about my visit was the discovery that the prison farthest in Pader, albeit the minimal resources, was well maintained and with access to legal aid for prisoners through a legal aid clinic run by an NGO that was able to provide the support at the time courtesy of the now suspended Democratic Governance Facility; but not to digress, that will be a discussion for another day.

At the remembrance event of the late Benedict Kiwanuka, the President of Uganda, Yoweri Museveni, reiterated his call for removal of right to bail.

Whereas Museveni’s statements possibly sought to draw from well-deserved anger against the perpetrators of the crime, they failed to resonate with the tone and purpose of the occasion as they disregarded the very principles upon which our jurisdiction’s natural justice system is formed; that is the presumption of innocence and the satisfaction of the burden of proof.

I was also of the opinion that the statements created a puzzling oxymoron to Museveni’s statements in his recent address on human rights, specifically where he decried inhumane and degrading treatment of Ugandans and abuse of due process.

In that particular appearance (on NTV Uganda), the president appeared both cross and shocked that the same continued unabated, and only fell short of sanctioning the many within the system who have been faulted for gross violations of people’s rights on national television.

Since that stern pronouncement, however, we have seen two members of parliament Allan Ssewanyana and Muhammad Ssegirinya arrested and later re-arrested arbitrarily on allegations of various crimes shortly after being processed, sent to remand and released on bail by the courts of law.

The manner in which they were arrested was unjustified, and the disproportionate use of force conducted by unidentified outfits.

At the heart of this debate is the concern that many have raised regarding the capacity of the system to hold security operatives accountable or in trust that in the absence of bail rights, those that manage investigation of crime and processing of accused persons will act diligently, without bias and accord due process pre-trial.

The push for the constitutional amendments in relation to the right to bail largely on the grounds of escalated security challenges is but a mere knee-jerk reaction. For our young democracy, which continues to be characterized by a fragile state of the rule of law, challenges cannot be the sole basis upon which the reforms are proposed.

If the events of the past months and indeed the late Kiwanuka’s own sad ending have taught us anything, it is that there is a need for honest introspection and discourse on what is truly wrong with the criminal justice system in order to come up with a proper diagnosis to avoid the risk of prescribing the wrong medicine.

The writer is a lawyer and seasoned advocacy strategist for non-profits.

A country where the president decides what he wants and its passes in our parliament. Where are the true gentlemen and ladies of our time?

Where are those who want to be counted? The Uganda law society, why are you silent on this matter?
Report to administrator
0 #2 Lakwena 2021-11-20 10:04
Thanks Edward Serucaca for the additional voice concern over injustice in this country.

However, as long as we have a vicious political leadership, which ascended to power through the RULE OF LAWLESSNESS, all citizens' concerns remains the Biblical far cry in the wilderness.
Report to administrator
0 #3 Lakwena 2021-11-20 10:16
Think of it e.g., 6 years ago in Nov 2016; on a flimsy ground, the UPDF in a Battle formation stormed the Palace of Mumbere, the Omusinga of the people of Kasese: massacred over 120 civilians, women, children and the aged, bombed and destroyed everything in their path; and randomly rounded up over and above the same number and dumped them in the Notorious Nalufenya Terror and Torture Police Detention Center.

In other words, including the Mumbere who is now Exiled in Buganda (the Buganda Kingdom); to date, nobody has been tried and/or convicted of the terrorism, treason and murder charges labeled against them.

The sad part is: 9 of the suspects died behind bars without trial. And sadistically on the Eve of the 2021 General Election except the Mumbere still in Exile; in the dark at 8:00 (illegally-outside official court time) all the suspects were opportunistically released and ferried back in a convoy of UPDF Buses to Kasese.
Report to administrator
0 #4 Lakwena 2021-11-20 10:21
But probably intimidated by Gen Tibuhabrwa's barking at the Judges during Ben Kiwanuka's Memorial Lecture; to date, our so call parliament is complacent and silent about the naked injustice being inflicted on the people of Kasese.

What a country we continue to live and die in; under the vicious 36-year iron grip and stranglehold of Bloody Gen Tibuhaburwa and his Henchmen/women and Hatchet-wielding men.