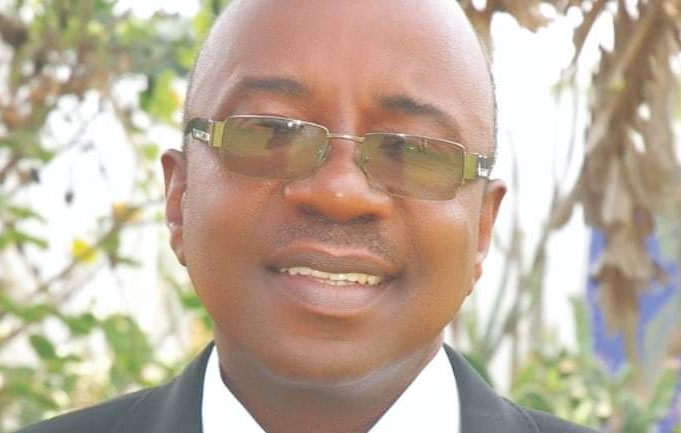 He died exactly a month after celebrating his 60th birthday. Mr Male was just in the (transition) process of handing over the office to the incoming headmaster. I first met Mr Male in 2013 when I had just joined King’s College in senior two.

As a new student, I could tell the admiration that the students had for Mr Male. His famous ‘headmaster speeches’ at the school assembly every Monday were always ones to watch out for. The students would say, “What does he have to say today?”, he always had something new and inspirational to talk about.

Anyone who ever heard him speak can surely quote a word or two from what he said. He was intellectually funny, he had a very wide, fatherly, warm, and welcoming smile (as you can see from almost all his pictures). He was a disciplinarian with a huge touch love and the ability to instill in anyone the urge to learn and listen.

From the students’ perspective, he was not just a Chemistry and Mathematics teacher, he was an inspirational father, and we are grateful to Mrs. Molly and her family for letting us share the father in him.

As headmaster, Male was a transformational leader and a good mobilizer. He transformed Budo to its modern outlook. He spearheaded the construction of new buildings and the renovation of others. During my time at Budo, a new swimming pool, administration block, school gate, school fence, girls end sanitarium (sickbay), among others, were constructed.

He served on several boards such as the Uganda Christian University (UCU) Mukono board, Seroma Christian High School, the Lubiri Secondary School board, among others. We will miss him dearly. The most we can do to honor his legacy is to emulate him. Here is a compilation of some of Mr Male’s most memorable quotes to his students:

“I have come here to inspire you to aspire before I expire.” (He said this at his very first assembly when he was transferred to Budo as Headmaster in 2008).

“Focus on the roots and not the fruits.”

“It is far more honourable to fail than to cheat.” (As he quoted Abraham Lincoln’s letter to his son’s teacher).

“This is an era of information explosion and demand. Therefore, we must develop our power of selection.”

“Indeed, King’s College, Budo is a hub of globally enlightened and dignified men and women rooted in Christian values.”

“Show me any country in the world and I will show you a successful Budonian.”

"Learn to use those small big words such as, thank you, please, I am sorry; to express gratitude, humility and forgiveness.”

“In a winning team, the substitutes are as good as the starters.” He famously called this the law of the bench.

“The ladder to success is only crowded at the bottom.”

"Yesterday is history, tomorrow is a mystery, and today is a gift, that is why we call it the present.”

“We are only able to see far by standing on the shoulders of giants.”

"The weakest pen is better than the strongest memory."

May His Soul Rest in Peace,

The author is a student at Makerere University and former head prefect of King’s College, Budo 2016-2017.

Thanks for sharing with the world the good things you were taught by this great man. Our prayers are with his family and may his soul rest in peace.
Report to administrator