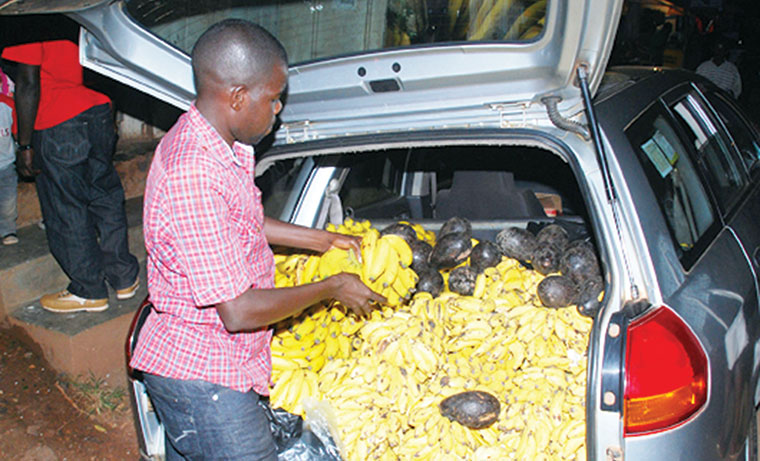 Last year, Muvaka (not real name) decided to start a pig farm in his village in eastern Uganda. Like any entrepreneur, he had big expectations and was looking forward to reaping big from his investment. Unfortunately, for Muvaka, his project did not succeed as he had expected.

Muvaka swore never to rear pigs again and will take offense at anyone who dares suggest he should consider pig farming again.

You too probably know people who, like Muvaka, have given up on business ideas with great potential simply because the business did not work out on their first attempt. Maybe it is you, and the thought of giving that business you were forced to close another try is traumatizing.

The truth is, there is a first time for everything in life, and for most first times, things never go according to plan. However, nothing succeeds by giving up but rather through trying again and again while learning from mistakes made. Yes, failure can be painful but need I remind you of the age-old proverb 'no pain, no gain'?

To become a successful entrepreneur, you must learn to embrace failure and turn the lessons from every failure into intellectual capital. Entrepreneurship is like a maze puzzle. Hitting a dead-end does not mean you do not have the ability to succeed. No, it is just how every maze is set up—there are some dead ends.

Do not give up on your dreams of financial independence and creating jobs for other people simply because your first attempt was not a success. Failure is the way to success.

If your business idea was not as successful as you hoped, ask yourself: what did you do right and what did you not do right? Armed with those answers, try again, this time maintaining what you did right and doing right or better what you did wrong the last time.

Using Muvaka's business as an example, there are some things he can fine-tune and greatly increase his odds of succeeding at a second attempt. As a matter of fact, Muvaka is now not as ignorant about pig farming as he was before his first attempt.

At least now he has an idea about how much it costs to feed a pig and can better plan for their feeding. Secondly, instead of 50 pigs, he can start with about 5 pigs and use his experience rearing those few to master the basics of pig farming before he can take on more pigs.

What about you? Can you list the challenges or problems that led to the failure of your business? Can you come up with solutions to those problems or seek help to overcome them? I bet you can!

Do not throw away the intellectual capital that your failed business endowed you with. What you now know about that business has already placed you a step forward on your way to becoming a master in that business.

Meanwhile, avoid the temptation of hopping to a different line of business because you stand higher chances of succeeding at something you have tried and failed at before than at something you are trying for the first time.

The author is a communications expert and entrepreneur