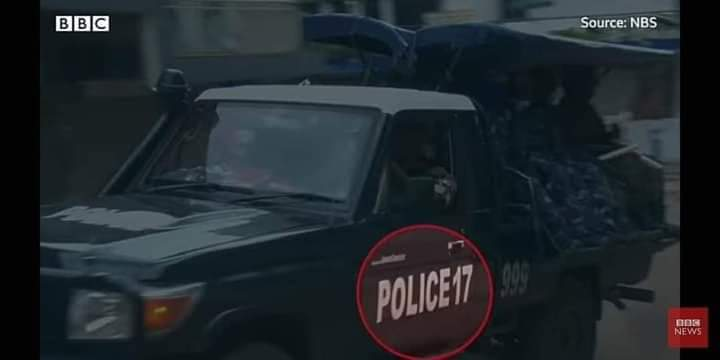 Police truck 17, Reg No UP 5564 was documented as the killer truck during the November 18, 19 shootings

Between November 18 and 20, 2020 blood spilled on the streets of Kampala and other parts of the country.

The grim spill could have been avoided because no threat to any politician’s interests or ambition is worth a drop of anybody’s blood. The deaths were caused by the use of sheer brute force by the army, LDUs and others deployed to quell the protests.

People poured onto the streets to protest the arrest and incarceration of presidential candidate Robert Kyagulanyi last November in the eastern district of Luuka.

Then minister of Security Gen Elly Tumwine was not remorseful that many innocent people were slain by security operatives. He instead congratulated the killers for quelling the riots. When President Yoweri Museveni addressed the nation in the immediate aftermath of the bloodbath on November 29, 2020, he put the death toll at 58, but NUP and other independent observers put the number way higher.

Does the number matter? The death of even one person is bad enough! The president said the dead were rioters, who tried to disarm security operatives. Others were killed and injured in the volley of bullets that were indiscriminately sprayed into crowds.

The security personnel tried to sanitize their actions by claiming that some people were killed by stray bullets. This is ridiculous. Why would one deploy armed personnel to quell unarmed persons!

The president accordingly decreed that those who were involved in riots would be compensated for the lives and property lost.

It is a year since that macabre. Some of the people who were arbitrarily arrested by unidentified security operatives have never been tried or have completely disappeared! Relatives suspect their kins were killed or just ‘disappeared.’ There are lessons to learn.

The government of the day needs to value life. Killings constitute human rights violations when soldiers deliberately or indiscriminately shoot at unarmed individuals.

These killings ought to be investigated because the culprits were deliberate: that is, they did not kill in self- defense, by accident, or ignorance. The armed security personnel should never obey unlawful orders such as indiscriminate shooting into crowds.

The security personnel ought to know that they are personally liable for their actions. The state should comply with the constitution and preserve life. Every life matters, and being armed does not accord one a superior stake in the nation.