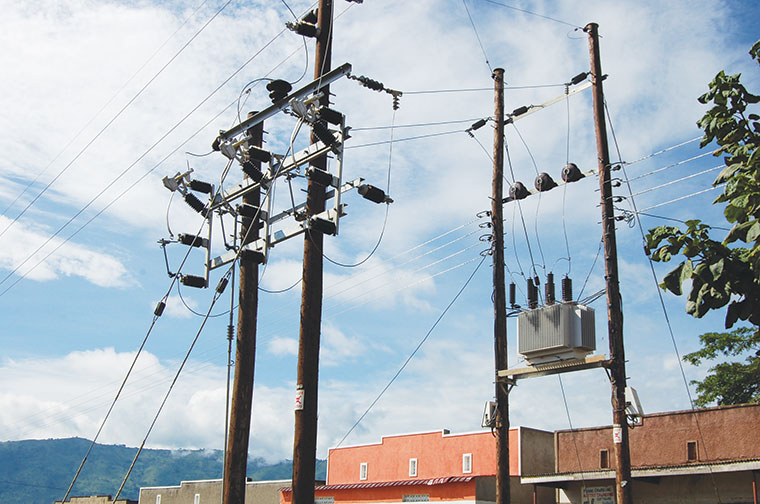 It is a duty of a good citizen to pay tax. However, any taxpayer should have a taxable capacity with the ability to afford a similar or better standard of living even after paying taxes.

In Uganda today, there are several taxes some of which are not even known to the public due to the low levels of tax sensitization across the country. Uganda Revenue Authority (URA) has tended to concentrate in urban and semi-urban areas where commercial activities take place.

It is however imperative to note that the cost of doing business in Uganda is high with one of the causes being the high cost of utilities especially electricity and water. Currently, the government of Uganda charges Value Added Tax of 18 per cent on both water and electricity while at the same time, business entrepreneurs pay both indirect and direct taxes on all their services and goods.

Umeme the sole supplier of hydroelectric power in Uganda, charges a monthly service user fee of Shs 3,360 for the Yaka meters. I still wonder why I would pay such a fee whether the Yaka meter is or not in use.

I don’t want to call this exploitation, not really, but it is not free from criticism. This coupled with constant load shedding making business hard. So, a citizen pays a high tax but cannot even access the desired services from the service providers.

The worst scenario is for National Water and Sewerage Corporation (NWSC) whose services are quite infrequent especially in peri-urban zones. Even with such irregularities in water flow, the NWSC field debt collection team does not hesitate to ask for payments due.

Heavy taxes on utilities not only worsen life for those already in business, but also discourage beginners and young entrepreneurs. The ministry of Finance, Planning & Economic Development through parliament, continues to introduce several new taxes with an aim of raising funding to finance the national budget.

During the celebration of its 30th anniversary, URA revealed that its goal is to finance the national budget by 100 per cent. I don’t want to sabotage this dream, but this is likely to spell high taxes to the population since several new taxes will be imposed on various goods and services in the name of building a comprehensive fruitful tax system.

URA’s dream to fully finance Uganda’s budget is suicidal and not tenable at the moment. There is no sign that Uganda will not rely on international funding 50 years from now. It is still possible to introduce taxes which are not detrimental to the wellbeing of the citizens.

But the current rate at which new taxes are introduced in Uganda is at a reckless speed.  Small and medium enterprises such as beauty salons, barbershops, maize mills, general merchandise shops, welding businesses, etc cannot thrive under situations of heavy taxes on utilities.

It is pertinent to note that, these businesses not only pay taxes on utilities, but also taxes on goods and services. The rate of return on investment is thus low and most of them remain in operation simply to maintain their addresses and in some cases just to pass time or earn small monies for a living.

Majority operate below their break-even points and in a long run, they cannot manage to pay rent, water bills, electricity, and other operating expenses. This exposes them to a high risk of winding up prematurely and for young entrepreneurs, they end up becoming idle and resort to social evils such as theft, robbery, pickpocketing, etc.

Thus, unemployment and criminality in Uganda are partially caused by the high taxes.  My appeal is, government needs to categorize all essential inevitable utilities and lower their taxes. Taxes on utilities should be cut by 50 per cent or even repealing them to lower the cost of doing business in Uganda.

Author is a director at Gateway Research Centre Uganda

It's a pity when the URA milks the unfed cow and expects it to produce buckets and tanks of milk.

It's a pity because i don't even think we have professional auditors who can truely bring out the clear picture of the collected funds and how it is distributed amongst different sectors.