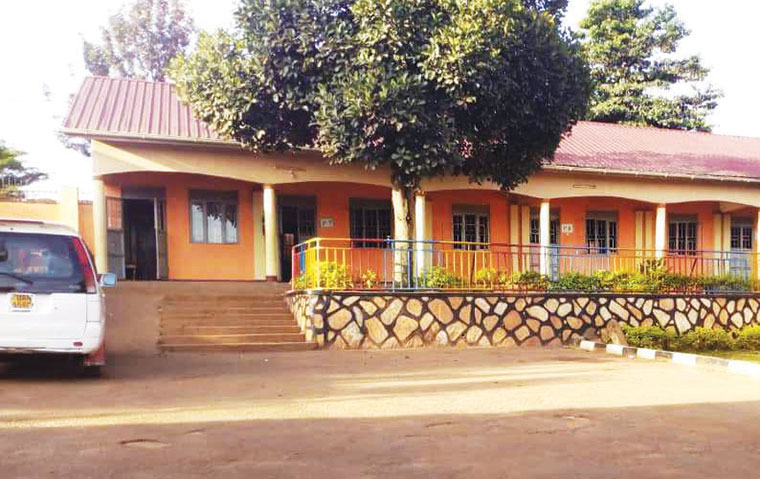 A school on sale

The picture of over 15 teenage girls –from the same school – pregnant, some with newborns, made me furious. What are we doing to these girls and boys?

Dear reader, I am possibly one of the most educated folks in Kampala (in a sample of about 10,000 persons), but I still struggle to understand why Museveni and Janet think open markets such as Kalerwe and Owino, our very congested neighbourhoods, and trading centres are safer than schools in the spread of Covid-19.

Are they not embarrassed by the silliness of their joke?

On the other hand, the figures of lockdown-induced calamities are staggering. Teen pregnancies, maternal mortality, school dropouts, teenage marriages, mental health crises, etc. Just to give you a glimpse, in February this year, The Observer published a story noting that there were over 100,000 pregnant teenagers returning to school. What is the figure now? We are staring at a crisis of unimaginable proportions simply because a 75-year-old couple is gambling with our children’s futures.

Sadly, 10 years from now, these girls and boys in their prime, will be knocking from pillar to post to eke out a difficult existence, but Museveni and Janet will not be here.  If around, these two individuals will be senile, trying to catch the morning sun for their jutted and tired bones.

See, the simple fact that neither of these folks—and their contemporaries, Tumusiime-Mutebile, Matia Kasaija, Sam Kutesa, Ruhakana Rugunda, etc — understand crypto-currency, apps, is statement enough that they do not represent the future.

This is one more reason I am urging Afande Muhoozi Kainerugaba to coup his dad. Yes, let the family dynasty continue, but with younger blood. Surely, Muhoozi will see this new world better than his antiquated dad. Isn’t his Twitter account busier?

Perhaps I digress. I come here not to ridicule Museveni but, rather, challenge my friends in the teaching industry. At the end of the day, learners will look at their teachers — their immediate heroes — and wonder how the joke got lost on them.

This was their time to put all their skills and values to use. What will teachers of political education, civics, social studies, political science tell their students the next time they stand in front of them? What happened to all those topics, values and skills on being active social and political beings? What will teachers of economics or statistics say? did they see the numbers?

Learners will ask: “did you ever believe in the things you used to teach us or simply reproduced them for your earnings?” They will ask further: “Did you ever consider yourselves as Ugandans equally politically accountable beyond the classroom?”

I can see teachers aggressively silencing their learners, telling them about the next tests and forthcoming exams. It will be simply drying face! If teachers do not see themselves as active political subjects, then there is no more reason for learning.

Dear teachers, if your learners become disrespectful when schools resume, please be humble in return. As heroes to these young brains, you failed to lead by example.

I know you have been emasculated for long.  The system is unfriendly and impoverishing. Most teachers in upcountry schools are simply scraping by. They cannot afford a decent meal from their salaries. They have to complement their peanut salaries with tilling the land.

The entire country has been systematically turned into a beggars’ den. For power and pittance, Museveni simply gifted the country back to former colonisers by handing them banking, telecom, extractives trade, and now returning the same colonial ordinances on coffee. These things have kept entire country poor and incapable. You are not alone.

But for teachers in Kampala, Mukono, Wakiso and Makerere University — teachers in the main region of politics and cultural production — who are also generally better resourced and informed than their counterparts in the countryside, you have let the country down.  I know teacher/lecturer’s trade unions are already conscripted to Museveni and Janet’s patronage machine.  I agree, there is no hope with them.

However, the laws of Uganda offer many avenues to hold Janet and husband accountable. [These fellows are so obsessed with their sense of right – which they consider God-given – and will not budge by simple gestures of closed-door meetings].

Banks are coming for you, and surely, there should be suits in court against GoU! Why have you not intensified activism on the social media platforms? This is the stuff you are teaching our children.

I am not blind to the fact that to do this would be inviting the brutality of Museveni’s government. In its shamelessness, it will come down hard and break your bones.  But isn’t this the risk of being active political subjects?

That the continued closure of schools under the excuse of Covid-19 does not stand scientific or logical scrutiny, is enough reason to challenge this clearly dangerous and humiliating injustice.

+4 #1 Lakwena 2021-10-06 14:00
In other words Yusuf, for 36 years and counting; not many Ugandans have noticed how cold, diabolic and sadistic self-confessed Bloody Gen Tibuhaburwa and Her Majesty Kataha are.

E.g., if on the 26th January 2017, Gen Tibuhaburwa told off Ugandans and world that: he is not anybody's servant nor employee, that he is a "freedom fighter" (fights whoever wants to be free from their emasculation [freedom]); what more do Ugandans still expect from such people (a family of think alike)?

If Education is the future and country/youth, how can such a couple at the helm of political power, secure the future? For lack of a deeper expression, it is bewildering.
Report to administrator
+2 #2 kabayekka 2021-10-06 20:02
The teachers and School owners are helpless. That is why of recent it was in the media that this government has requested parliament to release funds worth 500 billion shillings so that primary school buildings can be positioned and allocated.

And as the Auditor General's report recently declared, the property of the Uganda Central Government has no definite inventory. How can one own land or a house and one does not know its location in physical planning and administrative books?
Report to administrator
+6 #3 sula 2021-10-08 08:45
Greedy, selfish ,primitive ,vindictive ,vengeful , parochial ,egocentric ,sadist, blood -thirsty/murderer - surely these cant be qualities of a leader anywhere in the world. Unless that country is either colonized or forcefully occupied by a foreign force.

Sadly Uganda is an occupied state. That is why our Education like any other sector has been destroyed.
Report to administrator
0 #4 Akot 2021-10-09 19:00
Quoting Lakwena:

... for 36 years and counting; not many Ugandans have noticed how cold, diabolic and sadistic self-confessed Bloody Gen Tibuhaburwa and Her Majesty Kataha are.

Gen Tibuhaburwa told off Ugandans and world that: he is not anybody's servant nor employee, that he (fights whoever wants to be free from their emasculation [freedom]); what more do Ugandans still expect from such people (a family of think alike)?

If Education is the future and country/youth, how can such a couple at the helm of political power, secure the future? it is bewildering.

Lakwena, Ugandans are alright being NOTHING in the country formed by their tribal lands!

Auditor General's report recently declared, the property of the Uganda Central Government has no definite inventory. How can one own land or a house and one does not know its location in physical planning and administrative books?

This is because Uganda is not a country but Museveni's family business!


Only Ugandans can give their children chance to HUMANITY, by ending Museveni's rule as ONE PEOPLE!

By going along/maintaining the tribalistic system Museveni put in place, Ugandans are slaves of the evil family for good especially as they legalise their enslavement through fake elections every 5 years!

The outside world will continue to watch in silence as long as tribal leaders are with Museveni ensuring tribal allegiency & Ugandans are silent & go along!
Report to administrator
0 #6 Akot 2021-10-09 19:12
Quoting sula:

Unless that country is either colonized or forcefully occupied by a foreign force.

Sadly Uganda is an occupied state. That is why our Education like any other sector has been destroyed.

But as long as Ugandans maintain Museveni through the divisive tribalistic system that disempowers them completely, they will be at the mercy of the evil migrant family for good!

Ugandans MUST bring down the tribalistic system or they are alone with Museveni/family for ever while the outside world watches in silence!

Ugandans MUST give the next generation chance & this can only be so if they end Museveni/family hold on the country in UNITY!
Report to administrator
+1 #7 Jacqueline 2021-10-09 23:38
Yusuf everything about covid is so confusing!!! It is not only the teachers.

As it is with Ugandans not understanding, not believing they are the ones keeping Museveni in power through the divisive tribalistic system that disempowers them, things will only get worse!

The more pain the oppressed are in, the more happy demon rulers are as they know they will rule for life & don't care in what state they leave people/countries when they die!

It takes awakening of a people & their UNITY to ensure demon rulers are thrown out!

Ugandans have surrendered to Museveni & protect him through;

- the tribalistic system that goes against developed
world principle, so non will ever blame Museveni but
will remain silent & watch what he does to
Ugandans,

The question is; Why have Ugandans surrendered their lives, land, future to Museveni & family?
Report to administrator
0 #9 Akot 2021-10-10 16:44
YUSUF SERUNKUMA,

It's time you help Ugandans think of 'After Museveni' as the demon will die in post, with no alternative, but his son as the country formed by our tribal lands is no longer ours but Museveni's family business!

This is urgent as with the tribalistic system standing, tribal leaders look up to Museveni & they too, will have to endorse the dictator's son who will replace the dad!

What if Museveni's son is more human than the dad & dissolves the tribalistic system to Reform the Republic of Uganda?

Ugandans MUST stop behaving as if Museveni is eternal & they won't ever have to look at one another in the face!

this is more worrying as tribal leaders don't know/avoide one another, while each believe he's more tribal leader than the other & they all look up to Museveni!
Report to administrator
0 #10 Akot 2021-10-10 16:52
Quoting Jacqueline:

Yusuf everything about covid is so confusing! It is not only the teachers.

We are all in a hypnotic trance. May God help us all.

How can God help tribally divided ruled Ugandans, when it's them keeping their common enemy in power through the divisive system?

It took developed world/UN 20 years to understand what Uganda situation is & they have all turned away & watch in silence!

Ugandans even forgot developed world didn't oversee last fake election & won't get involved in next fake election & this, because they finally understood te problem is not Museveni, but tribalists Ugandans!

What will Ugandans do when Museveni dies of old age in post, go along with the demon's son & the family business will continue?
Report to administrator