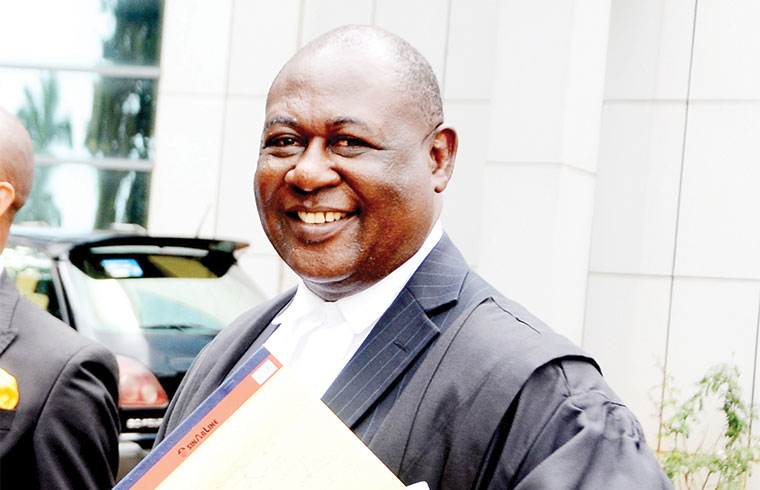 Once upon a time, the people of Mityana-Singo welcomed a one Ernest Bireebwe Mayanja to their area. Bireebwe had been posted there by Buganda kingdom as an agricultural services extension worker. After sometime, Bireebwe acquired land in the area. People were happy for him.

However, to their shock, Bireebwe started a scheme of evicting people off their bibanja. The people resisted. They sought justice from Buganda government. They got it as Bireebwe was stopped from evicting them. However, he did not relent.

He continued to be at loggerheads with some of them. Because Baganda love peace, some decided to leave the place and find peace somewhere else. Others remained. Bireebwe later died during the ‘liberation war.’ He left children including Sam Mayanja, Uganda’s state minister for Lands.

Whereas Ernest Bireebwe Mayanja tried to defraud people of Mityana of their land, his son is on a quest to defraud the whole people of Buganda of their institutional, cultural and private land. He wants to do it by using state power to expropriate without compensation for Buganda kingdom land and put it under the control of the Uganda government, like he has consistently asserted in his media articles and interviews.

History shows that those who seek to defraud people of their land first convince them that it is in their interest to forfeit the said land. They will devise reasons such as development, correcting historical injustices, etc. It is, therefore, not surprising that Sam Mayanja is masking his quest to defraud the people of Buganda under the disguise of stopping evictions even when there already exists tools any minister can use to stop illegal evictions.

The Land Act is a good remedy for evictions if well-implemented but Mayanja, who interestingly loves calling himself a grandson of Apollo Kivebulaya, is not interested in implementing the law and cleaning up the mess at the ministry of Lands.

They reasoned that the 9,000 square miles had no owner and, therefore, it had to be put under district land boards, so that bibanja holders on it could go to the districts and get themselves freehold titles.

Most evictions in Buganda happen in Mubende, Nakasongola, Kiboga, Nakaseke, Luweero and those areas where mailo akenda is predominant. These evictions are by ‘big’ people who have fraudulently gotten freehold titles. Those evictions are not accidental. Those who refused to put mailo akenda under Kabaka’s control wanted to grab it using districts because it would have been impossible if the land was under Kabaka’s control.

Sam Mayanja is acting as if he wants expropriation of more land to government so that his masters can grab even the remaining land in Buganda.

Over 16 million people live happily on either Kabaka’s land or church land or private mailo land. Thousands of people on mailo akenda and other government land are in fear of being evicted but Sam Mayanja won’t help them. Why?

Unfortunately for Mayanja, people know that his mission is to weaken Buganda by making the Kabaka, clans and private mailo landowners landless. The negative blowback he is getting from all corners should show him that he cannot hide behind bibanja holders to defraud the people of Buganda. Kibanja holding is a system which the people of Buganda have lived with even before the 1900 agreement was made.

If Sam Mayanja wanted to sort land evictions, they would start by cancelling all the fraudulent land titles on mailo akenda, clean up land offices, strengthen the police land department, quicken court cases in court, ensure that the land fund is functional, and reintroduce the Busuulu and Envujjo law.

The author is a concerned indigenous citizen of Uganda.