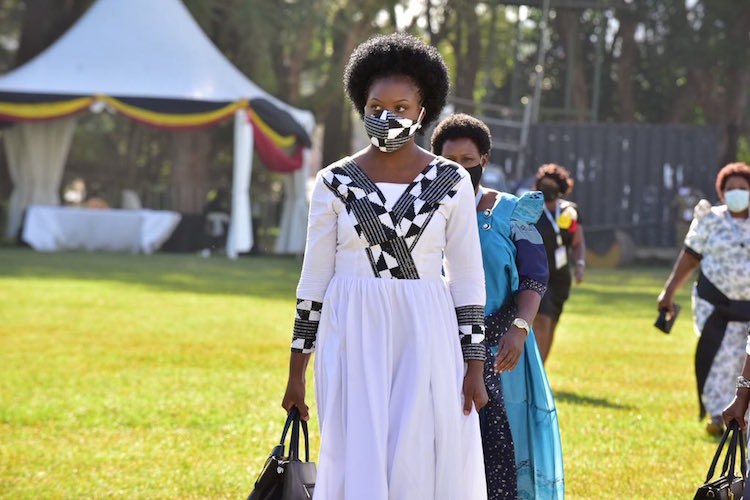 In June 2020, the Electoral Commission declared 'scientific' elections in Uganda. Political aspirants were forced to use Digital spaces for campaigning. Unfortunately, women were compelled to operate in brutal spaces with targeted online abuse and violence.

According to Pollicy’s ‘Amplified Abuse’ report, violence against women is a tool used to intimidate and exclude women from political participation and decision-making. This research revealed that during the 2021 general elections in Uganda, women candidates compared to their male counterparts were trolled, received sexualized violence and body shaming.

There is an urgent need to end online abuse and also fight Online violence against women politicians (OVAW-P) in Uganda. There is a need to ideate working solutions and address OVAW-P, especially when Uganda’s digital platforms are muddied with misinformation fueled by the global pandemic.

In the efforts to address OVAW-P, Dr. Ruth Ssekindi - the Uganda Human Rights Commission Director for Monitoring and Inspections, said: “There are several laws to regulate computer usage like The Computer Misuse Act 2 of 2011 and reporting mechanisms are also available urging women to report any forms of abuse to police.”

Sadly, the Computer Misuse Act has been used to punish women who have  been abused and violated online. It has also criminalised victims whose photos are leaked online under the offence of reckless publication of indecent content.

But why should the law supposed to protect women be used to revictimize and retraumatize them? Should the burden of reporting fall on only women?

“Digital spaces have opened the doors for women to participate in political discourse, where women were historically excluded, underfunded, and invisibilized. The internet and social media are a powerful, low-or-no-cost way for women political actors to reach a large number of people,” Pollicy’s executive director and founder Neema Iyer says.

We can empower women politicians to speak up against online abuse. Campaigns led by Civil Society Organizations (CSOs) and government efforts can ensure synergistic reporting, fight for women’s political freedom, and OVAW-P. This can be a step towards including more women in politics and democracy.

The media should stop focusing on the victims and tell the whole story. It should build an understanding of the issue of OVAW-P and bring men as transformative agents of change for the safe participation of women in politics. Political actors need to design projects that empower women politicians to mitigate violence.

They should inform the public about OVAW-P and embark on a gendered response and stakeholder engagement for an inclusive political process in Uganda. The government needs to put in place a national online violence service helpline to help victims report violence. This will support in prosecuting and arresting identified perpetrators.

During election periods, OVAW-P is amplified. In 2019, a study by Ward revealed that videos published online of women politicians feature sexually aggressive language. And, findings by Brown and Pytlak in 2020 showed that women politicians who present non- conforming behavior often deviating from traditional gender norms become the focus of abuse.

It is time to start a constructive dialogue on various platforms, generate feedback and make consultations to set clear action steps and engage at all levels. We should support a reasonable and realistic course of action in halting OVAW-P in Uganda. It is a call to both men and women; do your part, fight OVAW-P.

The author is the communication and advocacy lead at Pollicy.