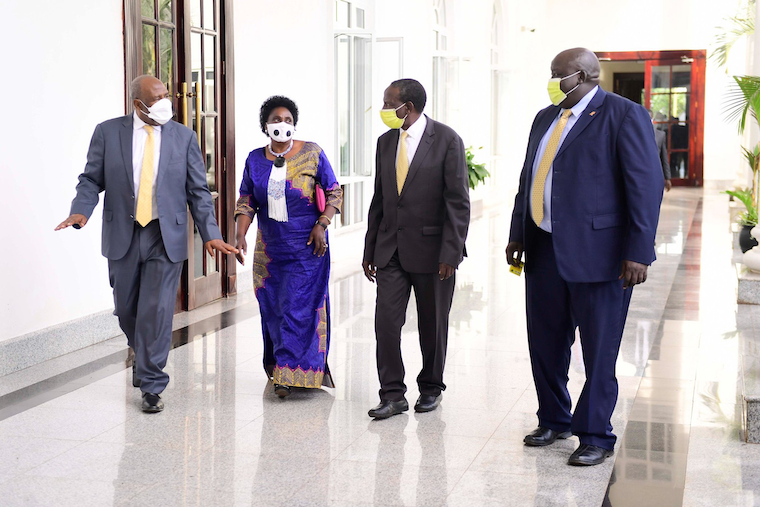 Even after Museveni is gone, our politics will continue to attract a peculiar character of persons with dodgy education and little sophistication.

President Museveni recently described them as ‘fishermen.’ It is unhelpful to ridicule them as unworthy nor defend them vigorously.

In truth, these are good-natured folks trying to fill a vacuum created by our still- colonised presents - farmers, vendors, street-artistes, struggling lawyers, etc. have become the people’s hope and are ending in positions with assignments they can barely execute.

I know, our educated folks with PhDs and professorships have terribly failed us before – a phenomena more manifest under Museveni. But believe me, dear reader, our uneducated folks will not liberate us either.

So, rather than embrace populist chants, “anyone can lead,”I want to sketch out a series of events that left us with only farmers and fishermen. The first three decades of independence (1950-1980) saw our most educated folks naturally becoming the public intellectual, politician and public servant.

Right from President Sir Edward Mutesa II to Prime Minister Milton Obote, the first breed of legislators, ministers and local council leaders were our most educated.

They did not have master’s degrees while some had not even finished their bachelor’s degrees. But they were intellectual enough for the task ahead. Consider others; counsels Benedicto Kiwanuka, Godfrey Lukongwa Binaisa, Grace Ibingira, Abu Mayanja, Daudi Ochieng, and educationist prof Yusuf Lule, etc.

And in all fairness, if it were not for the ever-selfish Mzungu colonisers still playing ping-pong with Africans — bent on keeping us as producers of raw materials, exploitable cheap labourers, conscripting us in their ideological wars during the Cold War, overthrowing and assassinating our leaders — this first crop of leaders across the continent were destined for greatness.

Indeed, many of them became unpopular for trying to advance the cause of the natives. [I will smuggle in Idi Amin here].

See, even our minimally educated brother, Bwana Museveni tried a little theorising – claimed to be Marxist, Fanonian revolutionary, pan-Africanist – so as to fit in the culture of the time.

The natural process was that our best- educated, the thinker and intellectual, managed our political and public lives. The late postcolonial period (1990- 2000) saw a shift that continues today.

If today’s intellectual does not end up in the academia (where they spend lifetimes re-reading notes to students, engaging in part-time consultancy, and sometimes, masquerade as commercial goat herders), they end up in the NGO and CSO world.

In these designations, these well-educated folks sit back and wait for the farmers and fishermen in political office to not only determine their salaries, but also set good working conditions for them.

If benevolent enough, they will offer our intellectuals small consultancy gigs, or positions such as permanent secretaries or ambassadors (which are often only symbolic).

The question remains: why are academia/consultancies, NGOs and CSOs, the most attractive options embraced by our most educated folks? Why are our intellectuals not interested in holding political positions where they would be in charge of designing decisions that would benefit their [farmer and fishermen] parents who sent them to school?

Why are close to a million persons in a country with a very small elite waiting on decisions taken by their uneducated compatriots?

Let me be more specific: why are my friends Nicholas Opiyo, Godber Tumushabe not positioning themselves as potential presidents? Why leave this to Bobi Wine and Muhammad Ssegirinya?

It is easy to answer this question as a thing of choice, where men and women exercise their agency as free-thinking individuals. But that would be scratching the surface.

There is no way entire groups of educated people collectively – with minor exceptions – find no attraction in the topmost offices and instead leave them to country bumpkins.

There are two traps we need to beware of and thus overcome: As I demonstrated last week, over the ruins of structural adjustment, by creating institutionalised, budget-run non- government work, our Mzungu exploiters managed to trap, distract and confuse our elite who had started making noise about the ruins of SAPs. They had also started raising hell for comprador regimes.

In deluding our elite into belief of helping their wretched compatriots - they actually do some skin-whitening work – they were depoliticised. With the endless streams of cash, the NGO, consultancy- academia and CSO continue to trap our educated folks, leaving a vacuum that is only filled by those not educated enough.

Indeed, our fishermen are in politics on the strength of their limited education and these are the fellows discussing oil, gold, and coffee with the Mzungu. As if SAPs were not enough, comprador- in-chief Yoweri Museveni came with the 2005 constitutional amendments as Uganda moved from the Movement system to the multiparty politics.

Under Article 80 of the Constitution of Uganda – the Parliament Elections Act – section 3, subsection 3, under the Movement system, a civil servant joining politics was required to resign their jobs just “before assuming the office of a Member of Parliament.” This meant that if they lost the election, they simply kept their jobs.

Under the amendment, one had to choose between livelihood and politics as they had to resign these offices “at least ninety days before nomination day.” For recent graduates in public service, “and institution where government has controlling interests,” unless they were thieves, the stakes are too high.

To this day, many smart Ugandans are constitutionally ‘imprisoned’ in public service.

The author is a political theorist based

Massive corruption and stealing of public funds with impunity by the self styled intellectuals and tribalism make the article irrelevant.

You must remember the ( ordinary) degrees obtained by Daudi Ochieg, Grace Ibingira or Abu Mayanja were by far above your PhDs's sex for marks holders that have internationally damaged the reputation of Uganda universities like Makerere.

Education is so rotten that due to corruption investigators conive with school owners to cheat exams resulting in awarding top marks to the most stupid student.

You make a very good point. Every year a lot of children are celebrated all over the media for passing exams with ying colours in Uganda.

Someone need to do a study to find out where these children end and what contribution they end up making
Report to administrator
+2 #12 Joseph 2021-09-12 14:29
One fisherman is in South Africa this weekend, visiting some people who believe in his cause.

Unfortunately instead of discussing or debating or presenting a paper, folks are here celebrating seeing him.

Uganda needs the middle class to get involved more in matters of the state.
Report to administrator
+1 #13 Remase 2021-09-13 03:47
Akot, it's unfortunate that we, Ugandans, all know that each minute and day that goes by while M7 rules our country, Uganda sinks deeper and deeper into ruins.

Look, for 36 years, and still counting, we ruled by one family together with their relatives and tribesmen! M7 has minimal education, Janet M7, who is in charge of our education system, simply ordered for a degree from Makerere university, just like one orders for pork fried rice from a Chinese restaurant!

Then you have M7's brother, Salim Saleh, who is in charge of operation wealth creation, and given billions of taxpayers money every year to satisfy his apatite for corruption.

Then you have Muhooze K M7 who is waiting to take over after M7 dies in power! Akot, with that combination of violent, corrupt to the core and with minimal or no education at all, where is Uganda heading? Complete destruction!
Report to administrator
0 #14 Akot 2021-09-14 13:09
Quoting Akao:

Every year a lot of children are celebrated all over the media for passing exams with ying colours in Uganda.

Only a people ensuring good governance can make their stand so that the education they get serves in developing their land!

Look, USA was in Afghanistan for 20 years, but as the people just waited, the Taliban USA threw out are back in power & those educated/worked for US/EU/UK/UN have been/are being taken out of that country! So, how will Afghans left in the country restart?

If Ugandans want a future, they MUST end Museveni's rule in UNITY, then go for the kind of governance they want immediately!

Unfortunately instead of discussing or debating or presenting a paper, folks are here celebrating seeing him.

Uganda needs change of ruler to get a leader, if there is to be a beginning to a future that will ensure a start!

Why wait for Museveni to be legalised through yet another fake election that will ensure his 45 years in post?
Report to administrator
12