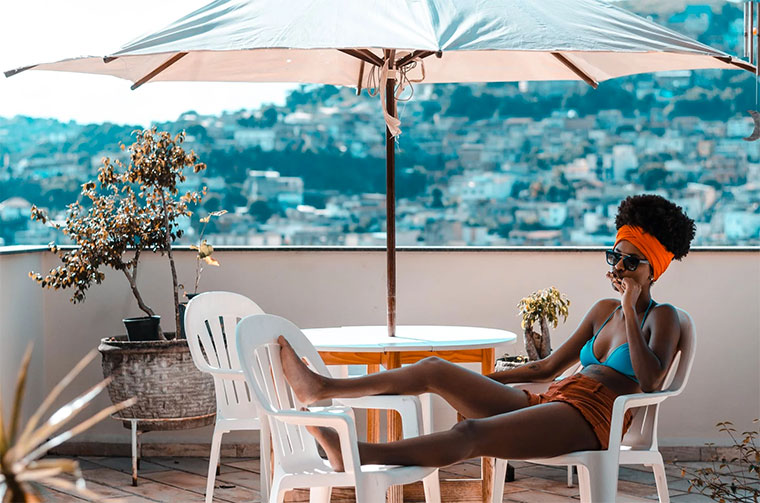 The saying that if you cannot make it, then fake it has often been cited as a joke.

Yet it appears that in many ways it has come to define modern life, especially among younger generations. Many care more about boosting camera and media (especially social media) appearances that sustainably building their lives.

The phenomenon of flashy ‘rich’ people is relatively recent in Uganda. People who will pile stashes of cash before cameras and give it out in show of their wealth.

On many occasions, it has turned out that several of such show-offs were not really rich. And they soon disappear from the limelight and public memory as others pick the baton.

While some have argued that everyone is free to choose how to spend their money, and indeed we may not force them to spend it otherwise, this trend should worry us when it continues to eat into the psyche of our people.

For many young people today, the first dream is buying a swanky car and renting a ‘cool’ apartment in high-end places. It is ego boosting to tell peers that you live in Buziga, Ntinda, but not somewhere deep in Kulambiro.

When friends visit, they should leave with the impression that you have made it in life soon after graduation. With a salary of Shs 800,000, one rents a house of Shs 500,000, has to furnish it, feed, pay bills, and buy a car. When will they save to buy land, build, and be able to sustain a family?

Okay, it is not our business. But soon it becomes ours when we are invited to participate in fundraising sprees for their extravagant weddings, kwanjula, kuhingira, ... One should not be advised to cut their coat according to their size. They can plan a mega function that becomes more important than saving and investing.

Life is lived as though on a grand showbiz screen. A person without any reliable income to speak of wants to carry the latest iPhone and designer bag.

They want to wear a lipstick brand of Shs 100,000, hang out in high-end places, and sip on expensive drinks – to eat their seed with people who are eating from rich harvests. Many young people in their twenties live as though they are in retirement.

It is good to spoil oneself once in a while. Being poor does not mean that one has to breathe and belch misery all through in demonstration of awareness of their ‘class’. Wisdom is in moderation – knowing when and how much to spend on fleeting things, and when to build a sustainable life.

Some of these unsustainable behaviours have been socialised into our people as inevitable norms. Even a young girl with no job has it stuck in their minds that a lady has to change hairstyles at least once every month. When they are broke, one of their immediate worries is hair!

For every function, they have to buy a new dress – even for birthday parties they organise for themselves. They compete in throwing parties at posh venues – birthdays, baby showers, bridal showers, half-year baby parties, ... Then some go back to their shanty dwellings to yawn after hefty spending on a night’s show.

The cumulative cost of maintaining this convention is hardly ever calculated. With the coming of social media, the competition is in putting up the best online show. Position yourself on a posh hotel sofa and shoot a video for TikTok in faked happiness, telling people to enjoy their money since life is short.

Pictures at Skyz hotel with a thick glass of expensive juice for someone who is not sure of the next meal. Posing before randomly packed expensive cars or begging to hold the steering wheel for Instagram appearances.

We thus learn to live lies as we ignore ugly realities that only return to haunt us when our energies are already running low. Then the world watches the shock of burying a slay king beside a dilapidated rural house with no toilet.

A tragic ending of a dramatic life. The village may have taken long to see their son or daughter, but was hearing about his/her fame. Now he/she returns in shame, as mourners ease themselves in bushes.

This after the world had to intervene to fundraise for his/her treatment after they realised that the money-splashing celebrity saved nothing for eventualities.

Living within one’s means should be one of the first financial lessons in life. Baganda of old knew this, and they advised that akajja obunaku kemanya, ejjanzi teribuuka nanzige (everyone should know their capacity, a small grasshopper does not fly with locusts). It takes self- awareness, foresightedness, and humility to understand how to position oneself in society in ways that will not trade one’s future for the present.

Many who choose constant merriment early on in life, sloganeering that life is short, end up living long enough to realise that as you lay your bed so you lie on it. Even if it is the case that many people die young, many live long too. Why live as though you are sure that you are among those to live a short life? Except if you plan on suicide.

As we reflect on all this, we should also ask ourselves where the trend is coming from. Yes, the media has influenced youth behaviour a lot – especially as it emphasises fun and petty celebration.

For many earn from this reckless spending. However, even our homes have contributed a lot in raising children with a high sense of entitlement, with a mindset that the world owes them happiness.

These children that we give too much without making them appreciate that it is earned, not simply received. As we blame the camera-hungry wannabes, let us ask ourselves if our homes are consciously trying to raise a generation inclined better.

In other words, for lack of what to comment; vane, hostile, resentful, full of appearance (himself) and eccentric Lysol has decided to paint every comment RED!

As they say, an idle mind is the devil’s workshop. Lysol is idle and dark hearted, so hooliganism helps him live with himself. He hates as a hobby
Report to administrator
+5 #13 Remase 2021-09-13 08:59
Doc, let me play the devil's advocate here, much as I agree that Ugandan love to live a life that is beyond and above their/our earnings, it's all about poor governance!

How in the world would someone learn to save for the future when we have a nation with unemployment of 85%!

How many people are gainfully employed? That's if I were to take your 800,000 yardstick, which is equivalent of $ 200 a month! Yes, there are those who spend more than they earn, however, most of those are people who are working for the govt and earn their living through corruption!
Report to administrator
-2 #14 Dianah 2021-09-14 08:12
Remase, maybe you do not live in Uganda to observe how many yours with barely any earnings behave.

So you mean all these birthday, babyshower, and whatever birthdays thrown are around are by corrupt government workers?

That’s to take it too far. It’s true many youths are unemployed, the more reason their extravagance is a cause for worry.
Report to administrator
12