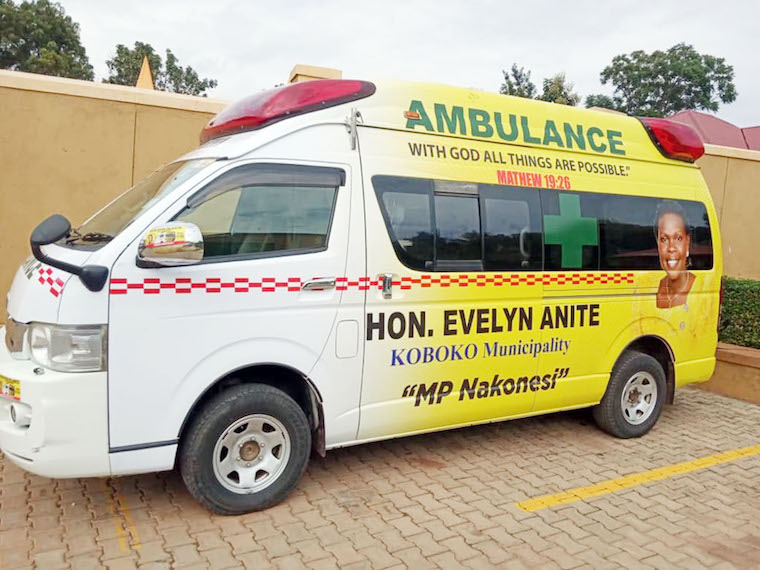 There has been a rush for MPs to buy ambulances for their constituents as a token of appreciation for their votes. It seems purchasing an ambulance is an unwritten rule within the corridors of parliament or out of peer pressure.

These MPs purchase anything and call it an ambulance. I have seen Toyota Premios, Probox vehicles passed off as ambulances, of course with huge emblems of the MP so that the voters cannot forget them at the last hour.

There seems to be no policy regulating ambulances because ambulances are categorised in grades depending on their purpose. The least standard ambulance costs about $25,000 and a specialised one at about $150,000. There are further regulations on how these should be.

Most times, what we see MPs donating is merely a transport vehicle passing off as an ambulance. We need to have a robust policy to regulate the ambulances so that whoever wants to extend charity, they do so while meeting all standards.

Be that as it may, it is no the MPs' responsibility to buy ambulances for their voters. Their role is to lobby for effective and adequate health services for their constituents.

What is also disturbing is that most of these MPs do not transfer the so-called ambulances to their beneficiaries; the ambulance remains their property and we have seen some withdrawing it after they lose elections. This qualifies the argument that it is a mere campaign tool by the MP, and not a genuine act of philanthropy.

Govt must invest in rural schools

According to the United Nations, more than 91 per cent of the learners globally have been impacted by the temporary closure of schools, and approximately 1.6 billion young stars were reported to be out of school by April 2021.

In Uganda, nearly 15 million children have had their schooling disrupted by the lockdowns in 2020 and 2021. Moreover, pre-school and lower primary have never resumed.

Despite some policymakers calling for schools to reopen, the government insists that it’s only possible when vaccination has been done for all teachers and children above eight years. Besides, uncertainties remain on the fate of learners whose national examinations results have already been released.

China, for example, is said to have instructed a quarter of a billion full-time students to resume their studies online early this year. In the USA, authorization of a vaccine for children aged 12-15 was granted to enable in-person learning. Indeed many schools, including here in Uganda, have offered online learning to enable continuity.

Experts say that the use of Zoom has aided skills development for both teachers and learners. The provision of computers, tablets, Wi-Fi connections, Google Classroom-Skills set and e-conferencing have been enhanced in some countries.

However, this is largely a reserve for urban children, which widens education inequity for rural learners, thus creating disparities in access and worst of all disability exclusion. Mark you, these interventions are costly for poor rural communities.

Much as the government of Uganda has encouraged the use of televisions and radios for lessons, rural learners have limited or no access to some of these tools.

In order to structure alternative inclusive learning for all children, governments should invest in rural schools by providing computers, internet connectivity and invest in teacher-training to adapt to digital delivery of lessons for all children.

Teachers require additional skills in preparing lessons for online teaching and basics in navigating tools or systems for online classrooms. Finally, there is need for a well-streamlined parents’ engagement strategy in rural areas to ensure that parents facilitate home-based learning for their children.

I am appealing to President Museveni to sign the climate change bill, which the parliament passed on April 27, 2020 into law.

Climate change is one of the major threats to Uganda’s sustainable development and efforts to end poverty. More so, it’s important to note that the poor and vulnerable citizens are hit hardest by climate change effects.

Uganda has experienced increased adverse weather patterns such as prolonged drought in the north, landslides in the east, and devastating floods, all of which have continuously affected the vulnerable and marginalized poor Ugandans.

Climate change is likely to increase food insecurity in Uganda, shifts in the spread of diseases like malaria, soil erosion and land degradation and flood damage to infrastructure and settlements, just to mention a few.

Furthermore, global emissions of greenhouse gases are still on the rise due to climate change. Even with our commitment to cut net global emissions to zero by 2050, the concentration of greenhouse gases in the atmosphere will continue to increase for the coming decades, and average global temperatures will increase unless we sign the bill into law to find basic ways to mitigate and adapt the effects of climate change.

There were mixed feelings about the results, which left many students, parents and guardians puzzled. Some were disappointed that they will not be offered the courses of their choice.

Others didn’t qualify for scholarships, while some parents have already given up on the journey of further education because they cannot meet the costs associated with university.

Many parents don’t know that there are other career paths such as vocational studies, where these students can explore after secondary and become successful in life.

Vocational education prepares persons for employment in recognized occupations. It provides the skills, knowledge and attitudes necessary for effective employment.

Many learners can create and earn a living but some of them fear to deal with stigma that comes with vocational education. While most people see post-secondary education as a stepping stone towards better employment opportunities in the future, this is not always the case.

It should be noted that post-secondary education is not limited to universities as many might think. There are quite a number of options and the government has registered and accredited centers that include public BTVET training institutions, community polytechnics and vocational training centers, just to mention a few. These offer certificates at every end of training.

Furthermore, some universities such as Kyambogo, Makerere and Busitema have designed new programmes from certificate and diploma levels, which incorporate practical and technical education.

However, these institutions are challenged with the low turnout of students for these courses and most times find it hard to sustain their operation because they can’t break even. There is need to popularize vocational education to the public.