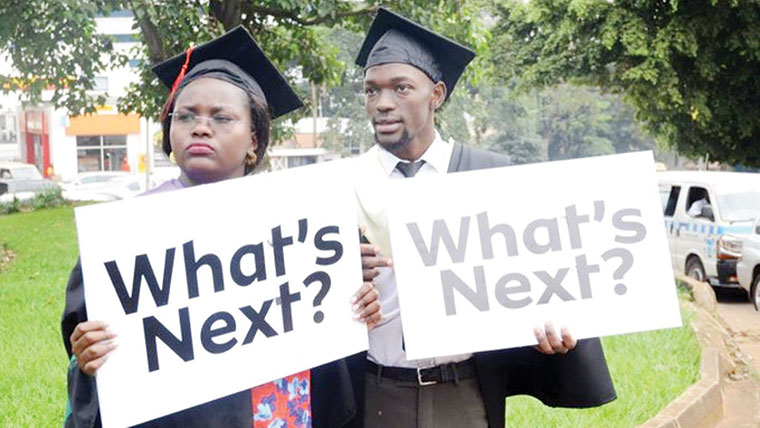 It is interesting to see how scholars defend the humanities and social sciences in the face of criticism.

As critics question the practical usefulness and marketability of such branches of knowledge, the defenders have responded as follows:

First, they have refuted the accusations by listing ways in which the humanities are useful in ‘real’ life and should, therefore, be marketable in a sound economy.

Recently, the defenders have pointed to the Covid-19 problem, which they say requires not just vaccines but also an understanding of society. Accordingly, they have championed a market-responsive curriculum that purports to address problems in the ‘real’world.

Makerere University would thus spearhead the concoction of supposedly practically relevant programs like Bachelor of Secretarial Studies, Bachelor of Urban Planning and Master of Peace and Conflict Studies.

Whereas many of such intellectually-empty courses have since been phased out, Makerere still requires every PhD thesis to show its practical relevance by making policy recommendations.

In other words, knowledge must fit in concrete realities. Knowledge that does not fit in the parameters of the concrete risks being dismissed as too academic and, therefore, useless. The Daily Monitor recently quoted a professor advising her peers in the Humanities to “focus their teaching and research on areas that are more problem-solving as opposed to heavy academic-premised research.”

She reportedly said: “We may not be able to make charcoal stoves or cars but we can surely talk about designing organic-based research that speaks to our realities.”

This professor reduces reality to concrete reality as if it can be separated from epistemological and other abstract realities.

This is because research must also look beyond such concrete realities and interrogate the assumptions behind them to imagine new possible realities.

For instance, instead of simply responding to the market, research must be able to interrogate the knowledge and common sense that underpins the market. This cannot be possible if you take the prevailing concrete realities as the arbiter of knowledge.

There is no question that knowledge production must be grounded in concrete realities. Karl Marx was right to begin in the concrete and move to the abstract and then finally return to the concrete.

Indeed, Marx’s critique of the philosophers is that they have proposed a world that is detached from prevailing concrete circumstances and they have, therefore, failed to explain how we can get to the world they fantasize.

Marx’s approach overcomes the misleading binary between theory and practice. It rejects the assumption that abstract knowledge is detached from reality and that it is not problem-solving.

However important the concrete may be, it cannot unilaterally demarcate the boundaries of useful knowledge. To defend the social sciences by resorting to an empiricist and impoverished understanding of reality points to our failure as social scientists in the post-colonial world to interrogate the realities around us.

Far from questioning the market, the nation state, the modern university and similar realities, the epistemologically colonized social scientist has accepted them as a given and only seeks to find the best way of fitting in them.

Any attempt to theorize and denaturalize such realities and look beyond them is seen as wishful academic thinking that must be discouraged in favour of pursuing quick solutions.

Of what meaning is it to replace France with Bunyoro without questioning imported social science concepts like nation or class or underdevelopment that we use to study Bunyoro?

Here lies the dilemma of the empiricist who runs away from theoretical engagement but continues to deploy theoretically- loaded concepts like class and nation in his study of ‘reality’!

A profound critique of the social sciences would be more productive than taking refuge in ‘reality’ founded on the very knowledge and common sense that researchers should be questioning.

The author is a research fellow at Makerere University and author of The State and the Puzzle of Ethnicity: Rethinking Mass Violence in Uganda’s Rwenzori Region.

0 #1 Lakwena 2021-09-01 09:15
Thanks Yahya Sseremba for coming on board on the debate "for and against the relevance of The Humanities and Social Sciences".

I think the "relevance" or "irrelevance" of the Humanities and Social Sciences should be a personal choice, and not the dictate of politicians. Let everyone figure out what works.

In other words, only what works for a person is true. The Humanities and Social Sciences is not the "Problem":

But the PROBLEM is with the egoism of people who are limited to a materialistic (concrete) view of life/existence, and want to dictate/impose their materialistic idiocy on others.
Report to administrator
0 #2 Lakwena 2021-09-01 09:23
E.g countries like Russia (the former Soviet Union); China; North Korea and Cuba, who experimented with Karl Marx's "Dialectical Materialism" (Utopia), did not go very far in as far as social, economic and human development were concerned.

As a result, with the collapse of the Berlin Wall in 1989; the Soviet Union collapsed. But after causing a 70-year untold human suffering (human rights abuses); not only in the "Forced Union" but around the world, especially in 3rd world counties like: Angola, Mozambique; Ethiopia, Nicaragua, Bolivia, Vietnam, Cambodia, etc.

China woke up to that failure/futility and changed its fortunes in the last 2 decades, by adopting to what works (Liberal Capitalism)
Report to administrator