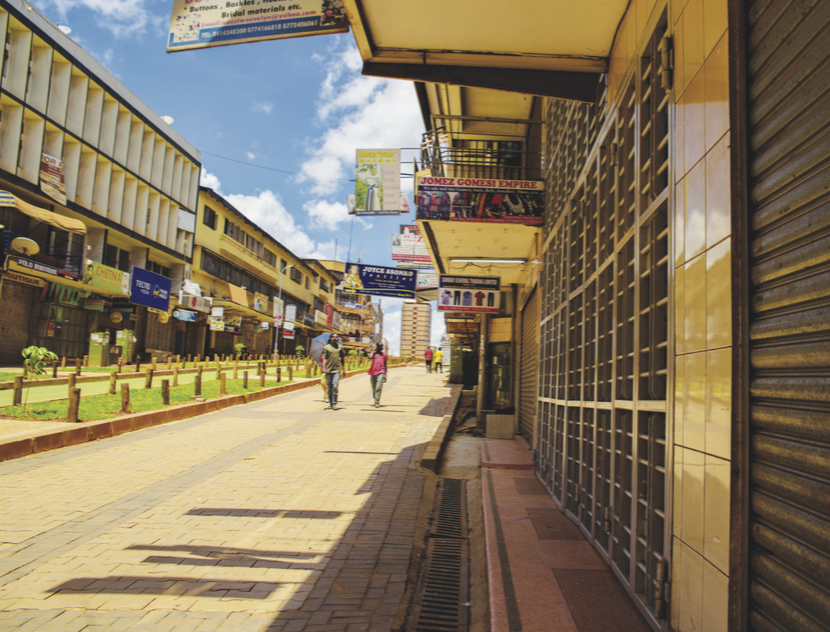 On August 12, 2021, SEATINI Uganda organised a one-day conference, bringing together selected members of civil society organisations and the academia to discuss the role of the state in development today.

The conference also availed preliminary points of departure, if only theoretical, for the new intellectual formation, the Equator School for Alternative Development – itself a brainchild of SEATINI Uganda.

The central question upon which members of the panel, of which I was part, and other participants deliberated for a couple of hours was the following: what is the role of the state in Uganda’s (and Africa’s) development today, and what lessons can the raging pandemic render available to that effect?

At the heart of this question is our post- 1980 structural adjustment reality: the neoliberalisation of the economy and the state. This reality has dragged us to the current unapologetic government roll-out of market-based solutions to almost all economic realities.

The post-1980 structurally-adjusted state, it was noted, switched positions: from defending the rights of citizens to defending private interests – especially the interests of that new breed of settlers called ‘investors.’

Thus, in times of economic vagaries such as those resulting from Covid-19 disruptions, our structurally-adjusted state moves quickly to shield private capital from devastation at the expense of the rest of society, which is left to the carnage of blind market forces.

Many at the conference agreed that neoliberal wizards at the World Bank and the IMF not only vandalised African economies and societies through an autocratic austerity package, they also defaced the state in Africa and forced it to dance to neoliberal tunes.

What is needed, many concurred, is not a search for ‘alternatives’ within the prevailing neoliberal economic model, as its self- interested promoters would have us believe, but to look for context-specific alternatives to the neoliberal model itself.

The major task of the new intellectual formation, SEATINI-Uganda’s Equator School for Alternative Development, would thus be to conduct the much-needed research and debate aiding a rethink along these lines.

The rolling-back of the state due to the despotic neoliberal conditionalities imposed by the World Bank and the IMF, it was indicated, was a blunder unmatched in postcolonial history. The state must be brought back-in, as one notable contributor advised.

This solution, however, ignited a heated debate among participants. The puzzle that emerged relates to the futility of any agitation to ‘bring the state back-in’ with a dangerous assumption that the state itself is unproblematically structured – save for its neoliberal distortion.

It, thus, became clear that prior to enjoining advocacy to revamp the state, to give it a central role in postcolonial sociality, clarity has to be sought on the nature of such a rejuvenated state – lest failure to grasp the problem aggravates it through misconceived remedies.

Regarding this, consensus was partial among the panellists and participants in the conference. The neoliberal character of the African state and the need to deneoliberalise it, were out of question.

Neoliberalism, however, is a definitive marker of most states today. What then is distinctive about the state in Africa? On this question, views from the panel and other participants varied.

As with the mainstream theoretical position in the political and historical study of Africa, one view from the conference insisted that the Ugandan (and African states in general) is characterised by patrimonialism, prebendalism and clientelism, with those in power using the state apparatuses for personal aggrandisement.

It is difficult to imagine how this perspective can propose modalities to rethink the state beyond change of personalities manning the state, through such things as periodic elections.

Even when it attempts to ‘historicise’ the predicament it so- defines, we are told that pre-modern/ pre-colonial Africa is the repository of explanations for our modern/colonial political realities – as if to suggest that pre-colonial phantoms are the ones haunting us today!

In its extreme manifestation, this perspective defines a tragic reality: ‘patrimonial rulers’ in Africa, with their ‘politics of the belly’, are inherent to African political realities!

The second view from the conference on the nature of the state in Uganda and Africa more broadly suggested that what is specific about the African state is its ‘postcolonial’ character, the fact that before its forced indoctrination into neoliberalisation in the 1980s and after, the African postcolonial state was already experiencing a troubled existence due to its problematic colonial structural inheritance.

In brief, that Uganda and Africa need a new economic dispensation is out of question. What proceedings from this conference suggest is that the quest for a new economic development model must, as a matter of fact, be preceded by a quest to rethink the postcolonial state: to decolonise it.

The author is a PhD fellow, Makerere Institute of Social Research.