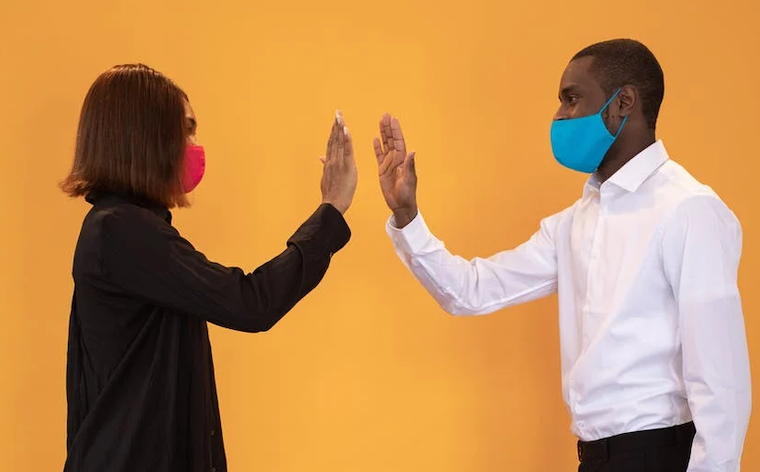 A couple of years ago, as participants in a multinational Summer School, one of the things that we Ugandan participants struggled to get used to, was addressing everyone by their plain name.

The key facilitators; from Holland, India and Indonesia, insisted on us using their names without any titles. They were scholars of repute in their respective fields, all with PhDs, some, full professors.

On many occasions, we found ourselves unconsciously addressing them as Prof or Dr. One of them, who was to later become my PhD supervisor, was specifically uncomfortable hearing anyone call her Dr.

Even as her supervisee, I addressed her as Caroline, period. As Ugandans, our uneasiness could be understood in two ways. First, in many of our African cultures, we do not address elders by name. It is a way of showing respect. I cannot address my teacher, or someone my mother’s age by name.

It is the way many of us are brought up. In fact, in Buganda, my elders may never hear me utter their names. All they might hear is; Maama, Taata, Ssebo, Nyabo, Jajja, Kojja... In English, I could use; Dad, Mum, Uncle, Miss, Master, Sir, and so on.

I do not find any problem with this social order, except where it breeds a sheepish attitude before elders; where younger people can never contradict them.

In some ways, this explains the retrogressive ageism in some institutions, with elders becoming automatically correct/right on mere account of their age or seniority. Juniors may fear presenting progressive ideas in restraint from appearing to fault elders.

The second reason for our hesitation to address our facilitators at the Summer School by name, partly connected to the first, is that we were socialised into understanding that many of our people are very keen (almost obsessively) on their titles.

It is one of those things you always have to get right to avoid offending people in our society. Perhaps we should add to all our basic books on Uganda for visitors that, for their life in Uganda to be smooth, they should always remember to explicitly address everyone by their title – from Professor, down to Mr Chairman (Chaiman).

Some Ugandans may never respond to your greeting if you forget to add their titles. We know this so well; that is why, where no specific title comes easily, we have to create one in order to get audience.

When you are asking for directions from a stranger, you will have to start: ‘Boss, where is The Observer located?’ You may as well use ‘Senior’. Police officers will be addressed as ‘Officer, Afande, Big man, ...’ Your builder is ‘Engineer’, forget about the qualifications.

When one is an LC1 chairperson, ‘Chairman’ becomes part and parcel of his names. A nurse or herbalist permanently becomes Musawo; that being the easiest way to get their ear.

Sometimes you get amused at events when a person stands to introduce him/ herself including all their titles as though they are part of their names: “I am Dr Engineer Ssalongo Ssebuyungo”.

Could it be about marketing ourselves, so that people get to know what we do or the services we offer? That would be fine. But on many occasions, such announcement comes unnecessary; often quite clear that one is simply announcing their estimated importance or achievements.

We might well argue thus: Shouldn’t people be free to express pride in achievements they have laboured hard to earn? Maybe.

But, so that what? Why not leave your audience the freedom to choose to address you as Dr, Prof., Engineer, Honourable, Owekitiibwa, or not? Essentially, what would you lose?

Some research in Psychology shows that people who are into such inclinations of boastfulness are often fighting an internal ghost of lack of self-esteem.

For some reasons, they have developed an anticipation that people might despise them. They are not sure of themselves, sometimes even about the title they want to be pronounced.

They, therefore, find need to sing for it, like bad wine. Otherwise, if one were internally satisfied with their achievement, would they desperately yearn for public endorsement?

In extreme cases, this tendency might be a reflection of what is known as Narcissistic Personality Disorder – manifesting as an inflated sense of self-worth.

Some of these people are genuinely convinced that they are very important to society; that everyone should know who they are and what they have achieved; and that they should be admired or celebrated.

We all have the liberty to choose how to live our lives, and one shouldn’t be forced to abandon their dear title that earns them a feeling of fulfilment. However, there is more for a society to benefit from humility than pomposity.

The show-off culture reflected in our obsession with titles has disastrously eaten deep into our society in many other aspects of life, often creating unnecessary (unhealthy) competition and wastefulness – thereby impeding social progress.

We see it at our weddings, kwanjula, and all sorts of show-off parties. If you have no title to boast of, at least splash money to maximise recognition.

I have been at occasions where someone refused to sit simply because a seat was not reserved for them at the front or high table. Some have left in protest because they were not given a chance to speak, as if they had an invention to announce!

In a society where the urge for recognition becomes this obsessive, you will certainly have everyone in a position they deem to be ‘big’ demanding for huge vehicles so that their presence is maximally felt.

Recently I saw my new young member of parliament posting several photos of him on social media, standing beside a brand new Toyota V8 in the middle of an empty street, door open. I just wondered what was going on in his head. While it is good to celebrate our achievements with society, I think we need more lessons on humility.

-5 #1 Wairagara 2021-07-21 08:41
I completely agree with this article, but Ssentongo hope you are aware that a mentally sick person rarely accepts the reality that he or she is sick, it's we the other people to figure it out and tell them.
Quote | Report to administrator
+5 #2 Kijjorooto 2021-07-21 10:50
You are spot on Spire, individuals who want to be addressed by their titles are light weight and lacking self esteem.

When I employed in one of the corporate companies in Uganda, it was a taboo to address anyone by title, in fact, titles were scrapped off our IDs, a cleaner was free to address the MD by name and the MD could not take offence!

Come to Government institutions and education institutions in this our country and see a mountain of individuals with very low self esteem.....failing to address them by their titles can earn you a retake or deny you service and moreover there is hardly any innovation or invention or any good thing done for society by these guys.

Individuals who have been exposed to global trends will never emphasize on being addressed by title.
Quote | Report to administrator
+4 #3 naboma 2021-07-21 11:01
I agree with some aspects of this article and disagree with others. I see no point in elevating oneself by giving self undeserved titles such as DR when you are a nurse or herbalist.

By the way The only academic title supposed to come before a name is DR so engineer so and so is wrong English!! But what is wrong with someone calling themselves Dr if the truly are?

I lived with many of the so called professors/Drs in Europe who pretend not to love those titles but will always put them as signatures on their e-mails or simply write their names and PhD at the end.
Quote | Report to administrator
+2 #4 Remase 2021-07-21 13:59
Mbu your excellency president Gen. M7! One of my funniest comedian, Mukibi Christopher, was a driver of his boss, in one of his memorable play, LIZ, who happened to keep forgetting his name.

So, every now and then Liz had to ask Mukibi something, but she always didn't know his name. So, she always started by asking, "mpozi gwe ani (by the way, what's your name)? Efiyamu." "Ani (who)?" "Efulayimu Kayemba Mama!" Mukibi was always exceedingly humble and courteous to his Boss, and literally Mama became part of his name, yet it was a title. Ani? Efulayimu Kayemba Mama!
Quote | Report to administrator
+4 #5 Akao 2021-07-21 20:45
I think for Africans in general, this stem from colonial past, where the British, or which ever people colonized them used those authortharian titles like sir, honorables etc.

Its true of the elderly not being addressed by names in many Ugandans culture by name, but I think that is different from people demanding to be called by tittles. In Acholi culture we call older people mother and father of so and so as a way of respect.

I know of a woman who calls her husband honorable bwhen he was an MP which I think is the wierdest thing. Honorable and boss are the most misused words in Uganda
Quote | Report to administrator
+22 #6 Lysol 2021-07-21 23:50
Titles should be left at one's place of work. Outside of work is only meant for those who are self centered, with very low self-esteem. and insecure.

This article reminds some of us of one Idi Amin, who demanded to be called by all the titles he could not even pronounce. So what and whatever???

I personally, have never addressed anyone by his/her title, outside the work place. We are not born with titles, except maybe for some royals.

Even with that some people really don't give a damn.

Medical doctors always joke about the PhD doctors, that they always come to the real doctors when they fall sick.
Quote | Report to administrator
+2 #7 Job 2021-07-22 11:55
Now I understand why many street hawker address me as honorable, chairman etc. I don't hold any political office.
Quote | Report to administrator
0 #8 Akot 2021-07-22 20:25
[I am Dr Professor Jimmy Spire Ssentongo’, So what?]

Help by calling for an end to the tribalistic system & to UNITY because disempowered tribally divided & ruled Ugandans will NEVER get rid of Museveni & family otherwise & the outside world will continue to watch in SILENCE!
Quote | Report to administrator
+2 #9 Kijjorooto 2021-07-23 16:50
Quoting naboma:

I agree with some aspects of this article and disagree with others. I see no point in elevating oneself by giving self undeserved titles such as DR when you are a nurse or herbalist.

By the way The only academic title supposed to come before a name is DR so engineer so and so is wrong English!! But what is wrong with someone calling themselves Dr if the truly are?

I lived with many of the so called professors/Drs in Europe who pretend not to love those titles but will always put them as signatures on their e-mails or simply write their names and PhD at the end.

Now I understand why many street hawker address me as honorable, chairman etc. I don't hold any political office.

Next time I get a new dog, I may name him dr professor Jack. So what?
Quote | Report to administrator
Refresh comments list
RSS feed for comments to this post
Add comment