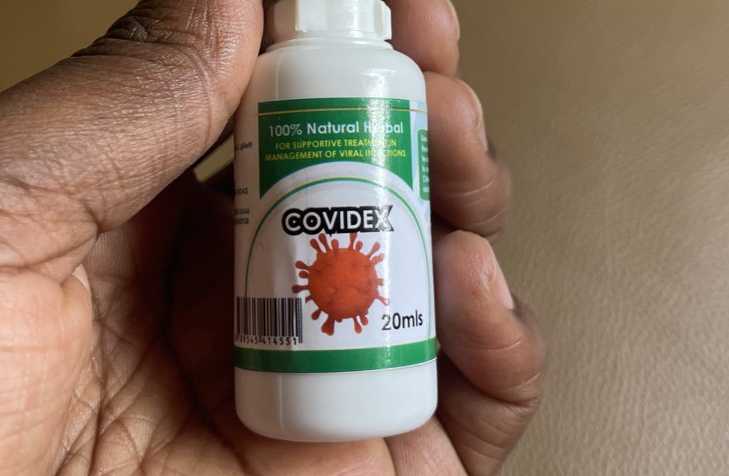 I must have been nine when I scalded myself for the first time. I had accidentally dipped my hand into a pot of boiled milk, which had just been put off the fire.

I screamed my lungs out. After going nuts over my incessant playfulness, my mother peed in a cup and dipped the burnt part of my hand into her pee for a small period. She calmly said to my elder siblings, “He’ll be fine.”

The burning sensation stopped a couple of minutes later, and there were no blisters. Over the next days, a painless darker coat developed over the scalded area. This dead skin only peeled off after new skin had grown on the inside, which was about a week later. I nowadays use my own pee when I burn myself.

Whenever I broke my toenails – which was many times as I played, and walked around barefoot and on rugged surfaces – my mother would often pour table salt onto the open skin. Salt enjoys open skin, and you are never the same when it enters the open flesh.

Sometimes, my mother used the green liquid squeezed from jacaranda leaves. Did you know wax from ears actually stops anti-peristalsis – the urge to vomit? We all recall mululuza leaves mixed with ash and salt for cough cures, and several other concoctions depending on how learned your parents and grandparents were in herbal cures. We made it – and many of us continue using these concoctions.

Enter Covidex. My intention is not to argue that we should hold onto herbal remedies and resist breakthroughs in medical sciences. That would be stupid. Neither am I arguing that herbal remedies are beyond scientific scrutiny and thus should be used without clinical examination – as has often happened.

Rather, my contention is fourfold: (a) we need to accord herbal remedies the respect they deserve. They have been with us from the very beginning, and are still helping us scrap by as sciences also develops through its cycles of research and sometimes, guesswork (b) big salute to the men and women who have invested careers to modernise herbal remedies.

In doing this, we need to beware (c) of our engrained inferiority, a product of the colonial school and Western spin, and (d) the exploitative aggressiveness of the big pharmaceutical industry, which is committed to controlling the global drug industry.

The World Health Organisation (WHO) acknowledges that 70% to 80% of Ugandans never visit a health facility in their lifetimes.

Before an adult is met with a fatal illness or condition such as cancer or HIV/Aids, an accident, or complicated labour etcetera, they never visit a health facility or get to meet a doctor.

The WHO continues that most Ugandans [sub-Saharan Africans, more generally] treat their illnesses – and are actually cured – with herbal conceptions, despite high mortalities from actually preventable diseases.

With all the herbal medicines packaged and sold on the Ugandan market (exact numbers unknown) neither of these drugs has ever been approved by the WHO. Most of them are actually unknown to WHO.

Some of them, not all, have been approved by Uganda’s National Drug Authority (NDA). [Take for, example, my favourite, mulondo. These raw roots and powdered extracts for fatigue relief have never been approved but we consume them unreservedly].

Regardless, we use them or have used them, and not only survive illnesses, but are also empowered by these herbal remedies.

In typical WHO fashion [drugs are invented only in Europe and North America], this body expressed concern – which should be read as tacit disapproval – over NDA’s move to approve the use of Covidex as supportive medicine in treatment of Covid-19.

Ironically, ever since African scientists ventured into herbal research, with PhDs and professorships, WHO has been indifferent towards herbal remedies – despite acknowledging that these are cheaper and easily accessible to poor Africans. Why? It is the market.

If we used Prof. Peter Mugyenyi’s book, Genocide by Denial as the yardstick for this argument, it becomes clear that the WHO is clearly conflicted on African medical inventions. The quest for mega profits by big pharmaceutical companies cost African lives to the HIV/Aids pandemic. The WHO looked on helpless.

Power, profits, and racism define the work of this global health body – and all its numerable benefactors, and hidden power brokers. The need for exclusive market control informs this shameless indifference and contempt for Africa’s herbal cures, even when Africans demonstrate impeccable excellence.

If Covidex were invented in America or Europe, with thousands of positive user-reviews, including from medics (calling it a cure) and approval from NDA (as supportive remedy), this would be reported like winning the World Cup.

With the entire world locked up in fear and uncertainty, media outlets would devote prime time and more newspaper space to cover Covidex. The WHO organisation would simply follow suit in endorsing the syrup, and it would be mass produced onto the global market.

See, the vaccine AstraZeneca has a 68 per cent efficacy rating. Some countries have even banned it. Some are accusing the Indian-made brand of being corrupted. With all its documented life-threatening side-effects, AstraZeneca enjoys all the fame it can afford and is still in use. Why?

Because the inventor is a Mzungu and a major player in global health. There is a problem with colonial enlightenment. But far much worse is the excessive consumption of Western spin and propaganda, which, sadly, has become the specialisation of major news outlets such as CNN and BBC; Hollywood and most Western scholarship.

Africans are constantly reminded of European exceptional genius, and benevolence. To be cool is to espouse Mzungu modernities. And sadly, we have not developed the intellectual sophistication and tools to sieve propaganda from fact.

We believe them as we reproduce their spin. My friend, veteran journalist Timothy Kalyegira is eloquent in his praise of Mzungu exceptional genius! Although the university in its current form is a colonial construction, earlier generations of university graduates who became the elite in the 1960s and 1980s remained close to the ways of their ancestors.

Indeed, they struggled to find ways to accommodate both – they were challenged by the need to be modern and traditional at the same time. The present crop of elite – in academia, journalism, tweeps, bloggers – is high on Western spin and propaganda.

They reproduce this stuff for a living. And we should not blame them because the Western propaganda machine is simply too powerful. This explains why, when Covidex burst onto the scene as a remedy for Covid-19, it was met with sharp suspicion and outright disdain.

Ironically, by people who survived childhood illnesses gulping raw chlorophyl and ash, and disinfected their wounds with simple table salt. You would then find these anti-Covidex pundits working their jaws like goats chewing mulondo for their sexual prowess.

This happened in spite of the renowned accomplishments of the man behind the drug in a country with a rich history of herbal medicinal use (even acknowledged by the Mzungu WHO). That this happened in spite of approvals by the NDA and plentiful of positive user-reviews is not just baffling but speaks to the decolonisation journey not yet covered.

See, if our media were more positive about Covidex, it would definitely impact measures for Covid-19 control. Schools would reopen and all children simply required to carry three bottles of Covidex in their bags. We would be speaking drops instead of jabs.

The country would be seeking resources, not to pour it into importing a vaccine but instead into more research and Covidex mass production. But at present, we clearly still have more ground to cover in decolonising minds.

"Power, profits, and racism define the work of this global health body – and all its numerable benefactors, and hidden power brokers. The need for exclusive market control informs this shameless indifference and contempt for Africa’s herbal cures, even when Africans demonstrate impeccable excellence.

If Covidex were invented in America or Europe, with thousands of positive user-reviews, including from medics (calling it a cure) and approval from NDA (as supportive remedy), this would be reported like winning the World Cup."
Report to administrator
+4 #2 Benjamin Tembeiza 2021-07-14 10:38
Your argument is actually a fact, it's the colonial mentality that creates this inferiority complex with in the black man, prof. Nabudere and Prof.chek diope suggest that we should teach and espouse our history not what the whiteman tought us, it's not our history, we had a history and that's why WHO recognizes that 70% do not visit health facilities in their entire lives. Because these herbs have been used.
Report to administrator
+1 #3 Dr. Aboda Noah 2021-07-14 18:14
The title to this story piqued my interest to read it to the end. You have elaborately strung the pieces of neocolonialism that unfortunately even many of our schooled colleagues cannot decipher.

Hopefully, Africa will start to define the path that she should be defined by, not what others think it should be.. well articulated..It is very imperative that every African makes an effort to decolonise from the colonial mindset that has been long weaved into nearly all structures of our lives.
Report to administrator
+1 #4 Francis 2021-07-14 20:19
You have said it and hope the wise will heed
Report to administrator
+1 #5 Kalibbala 2021-07-14 21:35
#Yusuf Spot On again ! I remember in Primary School we had Two Scripts one Was " Africa learns about Europe" and "Europe Learns about Africa" written by One mzungu in Oxford!!It is about Time Africans to mind Our Own Business as this Concerns Our Lives!!

Remember they brought vaccines to test their Inventions..Killing us softly..Remain with Herbs ! my late Granny was a Herbalist and I miss her Knowledge because none of my sisters took it up after her Demise..But i still respect herbs of All species ! and I use Mluluza instead of Aspirin or paracetamol !!
Report to administrator
+9 #6 Lysol 2021-07-15 01:52
What if the quack concoction was not invented by one Ogwang(from the North) but someone from Museveni's tribe, he would be all over him with love.

Not to mention the other one from Gulu university by Lamuka, which he has already sent his troops to ban it.

The same thing is happening here at home, Yusuf. Don't look very far. There is no cure for COVID-19 at this point, only reliable vaccines can work to contain it.

The killer corrupt regime is desperate and clueless how to fight the pandemic. Uganda waits until, when the virus comes knocking at the door of the State House.The worst is yet to come.
Report to administrator
+3 #7 PaulM 2021-07-15 11:57
If COVIDEX was a miracle drug Prof. Ogwang would simply list Jena herbals on the USE and then conduct a clinal trial.

I guarantee you that the shares of the compony would rise 1000%. That is the way pharmaceutical industries make money. The Muzungu is not interested in a drug whose safety and efficacy has not been evaluated in a clinical trial.

He has seen thousands of those already. Besides Africa is only accounts for 0.7% of the global pharmaceutical industry so its not exactly true that they are dying to sell their drugs to us! Let us style up and do things the right way
Report to administrator
0 #8 Akao 2021-07-15 20:45
We all talk too much about colonial mindset, neocolonialsim without doing anything about it.

The elitist of kla speak English at home, with lots of their children removed from their own cultural practices.

They like shoping in supper markets for processed foreign goods, the schools are still teaching about napoleon, lots of roads, lakes are still named after colonalists.

Even here in N America, they are removing statues and remaning roads that were named after slave owners. Covidex as an herbal used a colonial method, ie made in the lab, therefore it needs to pass the standard that herbals made that way should, and it hasn't.

We should'nt just support thing because its made by someone we know, that would be medicore.
Report to administrator