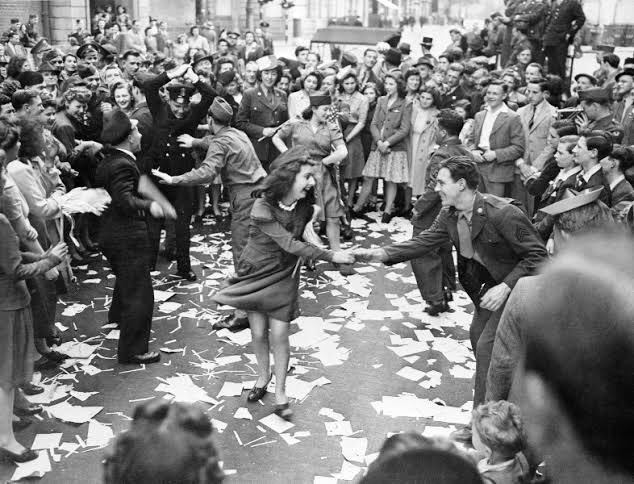 This year again, in order to limit as much as possible the risks of spreading the Coronavirus, the French and German embassies in Uganda will not organize their traditional ceremony of May 8 for the commemoration of the end of the Second World War.

This commemoration, which reminds us every year about the end of the Second World War and the defeat of the Nazi regime, is a very important date in our contemporary history.

In Europe, it signalled the end of a terrible war during which, only twenty-five years after the signing of the Treaty of Versailles that ended the First World War, the lives of millions of Europeans, but also of Africans, were once again lost. The progress of technology and industry and the development of deadly ideologies increased the tragic consequences of this conflict tenfold.

In addition to the heavy toll of six years of fierce fighting between the Allied force and Axis powers, there was the massive destruction caused by bombing to destroy the opposing production capacity and to break the resistance of the civilian population.

Finally, the discovery of the horrors perpetrated by the Nazi regime in the name of its racist ideology further darkened this terrible picture. Faced with so much fear and despair, Germany and France, as well as the European countries or what was left of them, decided to choose a new path by rebuilding their relations.

May 8, 1945 marked the beginning of a radically different period. From that date on, Germany and France, and then all the European nations, decided to find alternative means to military confrontation to settle their differences, whatever their nature.

From there, the first steps towards a European Union were taken. Visionary and willing men and women decided to silence the past hatred between France and Germany and to invent the terms of a peaceful and lasting commitment between our two countries, beyond political changes, to achieve a true friendship.

With peace, our two nations and Europe experienced a period of unprecedented economic development, the "glorious thirties" between 1945 and 1975, which allowed European countries to rebuild and develop well beyond the reserved prospects of the immediate post-war period.

On the occasion of May 8, 2021, the enemies of yesterday and allies of today, France and Germany, wish that all remember the errors and victims of the past so that the establishment of peaceful international relations will allow nations to build a more peaceful world for present and future generations.

+1 #1 Kalibbala 2021-05-10 19:13
Finally, the discovery of the horrors perpetrated by the Nazi regime in the name of its racist ideology further darkened this terrible picture.

Danke schön Herr Ambassador!! Recently I saw You Dining with The Son Of Hitler of Uganda namely Muhoozi Kainerugosi Commander of SFC
Like Hitlers SS Which is Killing and Tormenting Ugandans in Millions!! those in Safe Houses are Treated Like What the NAZIS did To the Jews in Dachau and Buchenwald!!

Stop Double Standards and Come out To Blame Terrorism happening under your Very Noses..
Report to administrator
0 #2 Akot 2021-05-11 17:34
Kalibbala, thanks.

The Europe Europeans & were proud of doesn't exist any more! Europe is becoming land of migrants like Uganda!

Europe is land of migrants, mainly from muslim countries; they get housed, education, free healthcare...evenwhen they hate whites!

EU pretends not to be aware of this even when terror acts are regular in France...!

Pitty, Scotish don't understand they are safer within UK, than in EU that only wants their oil/money, especially as EU no longer gets the free millions of pounds from UK! EU leaders will never forgive UK for depriving them the free money; reason Astrazeneca vaccine is a weapon EU uses against UK!

Museveni got what he dreamed & fought for, but is this the case with Ugandans?

Ugandans MUST get their country back in UNITY!
Report to administrator
+1 #3 kabayekka 2021-05-13 23:56
Indeed this article is good for African societies that long to occupy or conquer each other in the name of the African Union.

Many African leadership have that wish that African Unity can be attained with one language, one culture and one African leadership tribe. Most probably the Bachwezi tribe. And they seem determined to do a revolution to that end!
Report to administrator
0 #4 Akot 2021-05-15 18:27
Kalibbala, thanks.

The situation will be more inhuman for Ugandans when Museveni leaves the post & family business to his family when he dies of old age!

Ugandans MUST bring down the tribalistic system & UNITE to block Museveni & family!

Racist, superiority complex Palestinians are unofficially divided in 2 sections but are UNITED against Israel, so USA/EUROPE/UN don't consider them racist/tribalist & just help; ensure they have food, clothes, choes & just perfection their fight against Israel!

Why are Ugandans watching, helping Museveni destroy them & the country formed by their tribal lands?

USA/Europe help/finance Palestinians in fighting Israel & don't realise the war calmed down when D. Trump cut off US finance, but when J. Biden restored the money, the war sparked off - Palestinians who support hamas & those with the official government are UNITED actually!
Report to administrator
0 #5 Akot 2021-05-15 18:53
kabayekka, thanks.

Power & control of tax money corrupt, especially when the conqueror is migrant black African, who enslaves the very people who gave him shelter!

Ugandans UNITED against 1 tribe to bring in migrant Museveni & they let him tribally divide them without asking WHY?!

Will Scotish bring down UK & join EU to ensure complete destruction of the rest of UK while EU will be bolstered with oil money, thus more inhuman?

Scotish should know the idiology that brought together Europeans to build common values (EU) has been crashed by migration & each EU member state is fighting for survival in countries being filled with migrants, like Uganda is!

France is at pain to ensure Palestinians don't make the country base to fight Israelis; has EU said a word to ensure France has its support/protection/help?
Report to administrator
0 #6 Akot 2021-05-15 18:59
Quoting kabayekka:

Indeed this article is good for African societies that long to occupy or conquer each other in the name of the African Union.

Many African leadership have that wish that African Unity can be attained with one language, one culture and one African leadership tribe. Most probably the Bachwezi tribe. And they seem determined to do a revolution to that end!

Ugandans MUST bring down the tribalistic system & this comes FIRST, then UNITE to block & show Museveni way out, or they are locked with the demon family for good while the outside world will continue to watch in silence!

What do Ugandans expect from Museveni, after 35 years in power?
Report to administrator