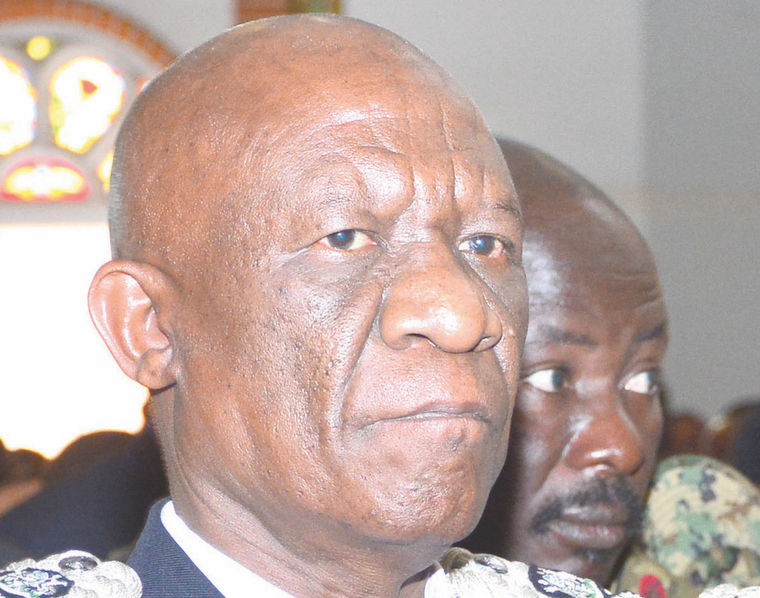 The Inspector of Police Martins Okoth Ochola is disturbed that his force is saddled with a huge load of legal suits against poor policing practices.

Ochola says these suits, which are hanging over the force, have inevitably imposed psychological stress on his officers who may be personally liable for the wrongs they did while pursuing their official duties.

The police officers have been taken to court for abusing citizens’ human rights. Ochola said some of the incidents that commonly give rise to civil litigation against police are; misuse of firearms, unlawful arrests, search and seizure, poor responses to complaints, illegal detentions, etc.

Prior to the enactment of The Human Rights (Enforcement) Act in 2019, police officers who violated citizens’ rights such as intruding on the body integrity of women, violent arrests and excessive force, nearly walked scot-free.

In many ways, there were many losers; the taxpayers bore the burden of the compensation and the impugned officers would never feel the pain of the monetary punishment as it never came from their personal pockets. This in a way increased the impunity with which police officers conducted themselves.

And complainants or victims of police brutality who care more about principle than money lost, because the law gave the Attorney General near absolute discretion to defend and pay for police wrongdoing, but little incentive to investigate or discipline officers who violate the law.

Now the Human Rights Enforcement Act is beginning to bite and police is terribly shaken. The complainant sues the errant officers for various reasons. Some seek money. Some seek punishment for the police officers that assaulted, unlawfully searched, verbally abused, or falsely arrested them. Still, others hope that their cases will deter other officers from future unprofessional conduct.

But why has the impunity continued in spite of the new law and tough regulations? It is possible some officers lack the care values crucial to their jobs. Many have failed to understand and respect human rights.

Their fidelity is with the gun and the powers that be. It also matters how some of the assigned officers were recruited into the force. A reasonable number of them lack the basic policing skills and do not understand the law
governing their conduct in public.

The IGP ought to revamp the police force. First the force must return to what The Police Act and the Constitution require them to do. The police roles should not be mingled with army work.

The arbitrary fusion of police work and the army also contributed to the tarnishing of the police image. The IGP should also be grateful that the wronged persons have decided to resort to the law to discipline the officers that seemed untouchable. For a long time, the police force has been featuring in the human rights violation reports as the number one culprit.

This is not good, given that the Constitution enjoins the force to support all persons to enjoy their human rights including personal and property rights. The IGP should review the recruitment processes. It is not enough for one to have the academic qualification. We need ethical and lawful service providers.

+3 #1 Kalibbala 2021-04-27 23:24
The Inspector of Police Martins Okoth Ochola is disturbed that his force is saddled with a huge load of legal suits against poor policing practices...Mr Ochola maybe you are the Only Officer in that Defunct Force that Did Policing Training!! All the Rest are Chosen From Kiruhura and Rwanda as Killers to Sustain the Status Quo!

Uganda Police is Made up Of CRIMINALS..Arsonists,Drug Traffickers, Assassins!
The Country Became a FAILED STATE A LONG TIME AGO STOP FOOLING US...Resign..
Report to administrator
0 #2 Olwoch Michael 2021-04-28 09:06
I have read the concern of IGP, its true but my observation is that Police Officers are NOT only saddaled with a huge load of legalsuits against poor policing practices but there is another trend of law suits against individual Police Oficers on cases such as land related cases.

The Public has made it a habbit to sue Police Officers knowing they are unable to leave their duties and defend their land.

End results are Police Officers loose both the job and the cases. This is the delimma we are in
Report to administrator
0 #3 kabayekka 2021-05-01 01:09
What might jolt the Inspector General of Police in this country to protect his force is not to interfere in the politics of supporting dictatorship.

One remembers well during the 1980s and 1990s when the military police worked day and night to protect citizens from a brutal civil war that was going on in the bush of the Luweero triangle.

Many people lost their lives. Such a reminder should jolt the Uganda Police to work hard in these modern days, to maintain the rule of law and human rights for all the citizens of this country equally!
Report to administrator