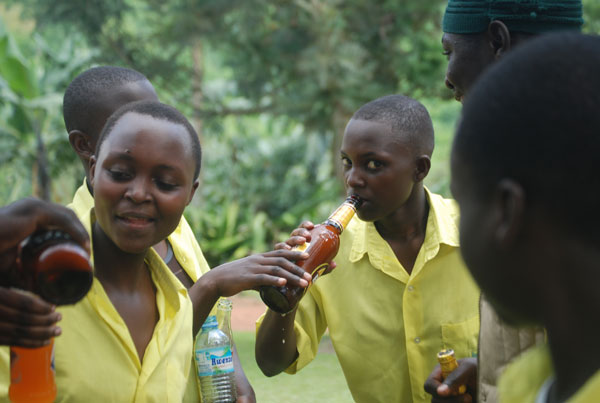 The misconception that the use of substance (illicit or over prescribed) is safe is a modern fallacy majorly among the youth.

Drug abuse occurs when anyone takes a drug over and above the capacity their bodies can hold. Many users crush and snort these drugs in order to speed up the desirable chemical effects on the body. The danger presents itself when an addict in an effort to stop the addiction negates the prescription drug altogether.

Rebound effects and chemical withdrawals often intensify the problem and expert help should be sought before one takes matters into one’s own hands to resolve an addiction.

Just like illicit drugs, it is extremely dangerous to attempt detoxification from drugs without professional help. The common illicit drugs that facilitate addiction problems include cannabis, opioid, heroin, opiate, cocaine, khat, cocaine, opium, etc. All of these drugs are known to cause severe mental health problems and extreme life alterations.

Unlike the non-physical effects, the physical effects of substance abuse are possibly the easiest to observe and understand.  Substance and alcohol have mind-altering properties as a result of their effect on the brain.

It is, therefore, no surprise that mental health problems are listed amongst the effects of substance abuse. Persistent use of substances that are hallucinogenic can lead to an altered sense of reality.

Cases of depression, trauma, schizophrenia, etc are related to use of psychoactive drugs. It is very common for substances/alcohol users to cause trouble like domestic violence, theft, etc as victims stay away to either use drugs or recuperate from the effects of substance abuse.

Of course, if a person is using drugs or alcohol, they are less likely to positively impact society within which they live. The symptoms of substance abuse lie primarily in using substance despite the problems this creates.

Substance dependence disorder includes other symptoms – those of tolerance and withdrawal symptoms.  These are both physical symptoms that manifest when the body adjusts itself to the presence of the substance.

Tolerance is the ability to withstand the effects of substance abuse and, so, requires a larger dose to get high. Withdrawal symptoms occur when the body has adjusted to actually require some level of substance to be present in the body.

If you are worried about the effects of substance abuse and want to stop this disorder from getting worse, then reach out to an addiction treatment therapist. The longer one leaves this medical condition untreated, the worse it will get.

Alcohol dependence has similar criteria to abuse but is more severe. These symptoms include increased tolerance, drinking larger amounts or for longer periods than intended, an inability to reduce or stop drinking despite negative consequences and withdrawal symptoms.

Three key features of all addictions are compulsion (powerlessness over taking the first drink), obsession (persistent and dominating thoughts to drink) and loss of control (can’t stop drinking once started).

Once addicted, permanent changes happen to the brain’s reward motivation and memory circuit, resulting in intense craving. It is important to recognize that once addicted, stopping drinking isn’t a matter of willpower, strength of character or intellect.

Alcohol dependence has been proved to be a brain disease. Once one drinks enough to become alcoholic, the brain cannot return to its pre-alcoholic state, where ‘normal’ drinking was possible.

Alcoholism is a primary illness and needs to be acted on fast. Many secondary ailments like depression simply disappear once the alcoholic is in stable recovery. Comprehensive treatment addresses co-occurring mental health issues should they exist.

Chronic (longer than three months) results in physical, mental, social and spiritual problems. Alcoholics pathologically seek relief through drinking in spite of the dysfunction it causes in communities.

Substance addicts and alcoholics need to be pressured into rehabilitation centres to attain professional assistance although this has no bearing on treatment success depending on severity.

The author is a mental health activist and co.founder - Free-Mind Therapy.

We need to reach out to our communities with the rightful message about alcohol abuse.