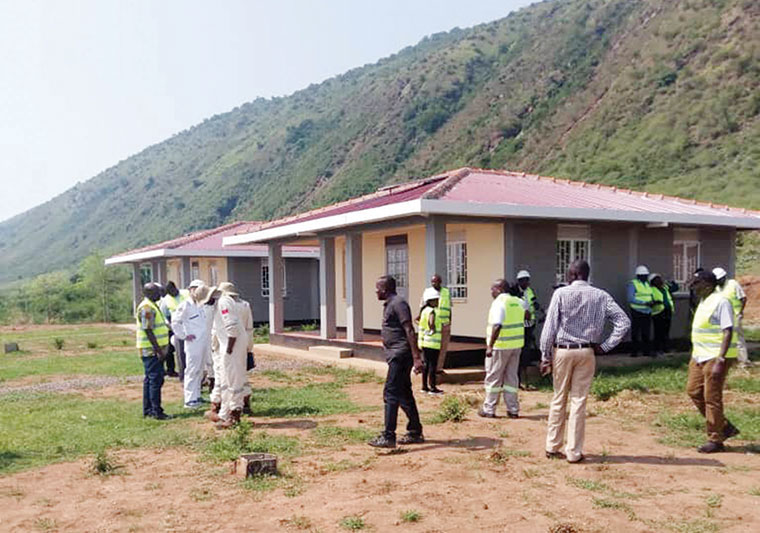 Following the article entitled “Total must do better in Tilenga, EACOP project” published March 31, 2021, Total would like to provide additional information and in particular to express its commitment to ensuring that these projects are conducted in an exemplary manner especially in relation to social and environmental matters.

These issues are at the heart of the work of the project teams.

Development of the petroleum resources of Lake Albert comprises several distinct projects including the development of the Tilenga discovery (operated by Total) and the construction of the East African Crude Oil Pipeline (EACOP) to export oil produced to the Tanga port in Tanzania.

The projects are among the largest investments in the history of Uganda and Tanzania, and represent an opportunity for significant economic and social progression.

Given the sensitive environmental and social contexts, particular care has been taken to ensure that the highest national and international standards are followed including the World Bank - International Finance Corporation standards as well as the UN Guiding Principles on Business and Human Rights.

An Impact Mitigation Hierarchy is used through which potential risks to people and the environment are identified, avoided, minimized, restored and/or offset. In addition to the company's own expertise, several independent reviews have been conducted to check that measures meet good international industry practices. These reviews help project teams to continuously assess and improve. Total seeks to be as transparent as possible and has therefore published these third party reviews and related action plans.

The land on which the infrastructure will be built must be purchased by the respective governments. The project facilitates this by following a robust land acquisition process. During the project design process, every effort is made to avoid moving people, however where this is not possible, resettlements are carried out and compensation paid.

Where an agreement cannot be reached on compensation amounts, compulsory land acquisition is carried out by the government. Under Ugandan law the process requires that cases are referred to Court. For Tilenga (RAP 1), out of 622 Project Affected Persons nine such cases are currently before the Courts. Total has maintained dialogue with the affected landowners and continues to seek an amicable solution.

Total is aware of concerns voiced about the time lag between EACOP land and asset surveys and payment of compensation. Cognizant of the exceptional delays which have occurred, the EACOP project has committed to apply an uplift on initial valuations to ensure they meet full replacement value at the time of payment.

For the Ugandan portion of the pipeline, this uplift will be 15 per cent per year of delay, subject to the Chief Government Valuer’s approval. In Tanzania, the calculation of interest is prescribed by Tanzanian law.

Land use by project affected persons

Until compensation is made, the land is still owned by the Project Affected Persons (PAPs) who are encouraged to continue their routine use of such land, farming, planting and harvesting of seasonal crops, as well as maintaining houses and other structures.

Compensation will be paid promptly upon acquisition in line with Ugandan and Tanzanian law.PAPs were informed that after the cut-off date any new developments on their land would not be eligible for compensation.

Additional measures are ongoing to enhance dialogue and give further information to the persons concerned through dedicated stakeholder engagement teams as well as radio announcements, posters and brochures. Communicationsaretranslated in local languages understood by the respective PAPs.PAPs were also provided with a point of contact in order to raise any queries and express any grievances.

In the unfortunate event that a PAP loses a loved one, the PAPs have been advised that, where possible, it is preferable to bury them in their land but outside the project affected land to avoid the emotional difficulties of moving the deceased when project activities start.

Of course, if it is not possible EACOP will take care of the graves displacements in close cooperation with the families. For graves which are within the project footprint, the situation and relocation arrangements will be fully assessed and made to support the family during the relocation process.

Total does not tolerate any attack or threats against those who peacefully promote Human Rights. Further, Total is proactive in maintaining a constructive dialogue with government officials to promote protection of the rights of stakeholders, including those directly affected by the project, Civil Society Organizations and journalists.  In addition, we maintain a dialogue with the representation of the UN High-Commissioner in Uganda.

The potential transboundary effects of the projects have been identified and assessed in the projects’ Environmental and Social Impact studies. Mitigation measures have been identified and included in the resulting plans. As a result, no significant transboundary impacts are anticipated but this will be continuously monitored to ensure the effectiveness of mitigation measures.

Total strives to maintain a meaningful dialogue with all stakeholders. Feedback received is an important part of planning and design. Many stakeholder groups have been engaged including Ugandan and Tanzanian local, national and regional government authorities, and Project-Affected Communities. Special efforts are made to reinforce engagement with potentially vulnerable groups.

It is important to ensure that all PAPs can share any apprehensions, grievances and concerns. This can be done through toll-free grievance numbers, the presence of Community Liaison Officers (CLOs), Resettlement Planning Committees or through their local leaders.

In keeping with Total’s climate strategy, both Tilenga and EACOP project facilities have been designed to minimize greenhouse gas emissions as far as possible, including via the application of innovative technology. Combined carbon intensity is, therefore, lower than similar oil and gas projects elsewhere in the world.

Total is ready to provide more information to Afiego and any NGO on all the topics addressed in the article.

The author is the corporate communications manager at Total E&P

0 #1 Komakech Job 2021-04-13 22:15
Total is here to make money not to implement an international standard.
Report to administrator