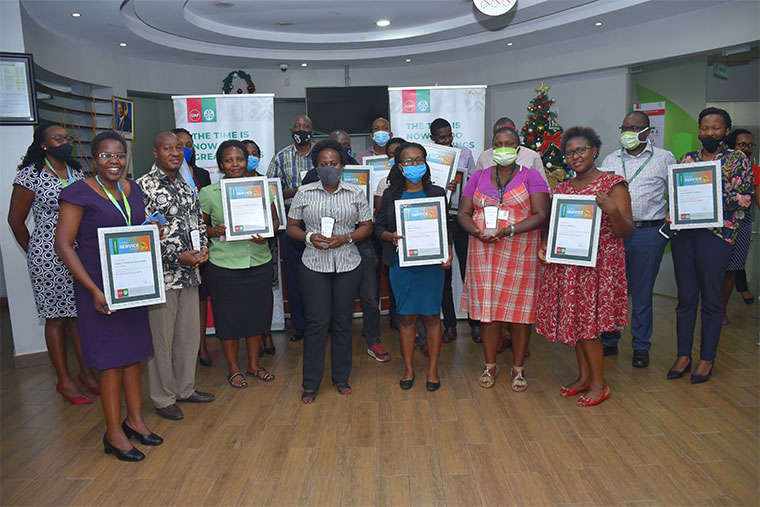 The standing order I signed is for an annual deduction, which means the agreed amount should be drawn from my salary bank account once a year on August 25.

However, on March 25, 2021, I woke up to find that my whole salary was taken from the account on instructions of UAP!  When I lodged a complaint at Kawempe dfcu bank, a staff member told me they have ‘instructions from UAP to deduct your money monthly.’

This is contrary to what I signed with UAP! Ordinarily, my banker has no say on the policy I signed with the insurance firm; so, I went back to UAP and presented the signed copy as evidence. They acknowledged it was their mistake.

But the process to put my money back on the bank account is too slow and the agents talk in a manner that makes you think the issue will be resolved swiftly. It is now coming to three weeks since the incident happened and after signing a claim form to reverse my money back.  Where is client protection in this whole process ... the bank and UAP?

Funny and annoying dfcu Kawempe assures me nothing can be done on their side. The account from which the money was deducted is in their branch and I assume they have a contact person from UAP whom they can consult over my issue. Who is liable for the mistake? As a client I have suffered a lot yet I have bills to clear.

Akon has a key message

Akon, one of the finest international musicians from the land of Africa, was in Uganda and met with the President of Uganda to discuss investment opportunities.

One would have expected promotion of talent/music to be among the sectors Akon is seeking to invest in. But a tweet by the president suggests otherwise.

Even if music is something Akon wants to invest in, it’s clearly not among his top priorities. This reminded me of my days as a younger adult when I sought the rewards of being a recording artiste.

I have no regrets recording music (and the best is yet to come), but I learnt something back then that made me decide to pursue entrepreneurship/work first before music.

I have recorded two music videos so far. And I remember borrowing pretty much everything that I wore in each of those videos from friends.

Now, I know that many [young] people are thrilled at the prospect of standing on a stage and people screaming their [stage] name. But no amount of screams can change your life. If you are broke, even if the whole world screams your name or watches you on TV, you will go to bed still broke unless you are being paid for being on stage or TV.

Akon’s choice of investment after enjoying a very successful music career is for me a reminder that working to put food on the table should come before pursuit of fame.

Be hungry for pay (for your talent) more than public praise and put in the hours in school, to learn a skill, to do a job, etc. so you can have a source of income to survive on because fame is not edible.

Recently, Ugandan media had reports of the killing of six lions in Queen Elizabeth national park, one of the country’s most famous parks. The park attracts thousands of foreign tourists every year.

The Uganda Wildlife Authority said that these lions’ heads and paws were found hacked off and their bodies surrounded by dead vultures.

This is not the first time lions are killed in the national park. In April 2018, 11 lions - including eight cubs - were found dead after a suspected poisoning. A similar incident led to the deaths of five lions in May 2010.

It is well known that tourism has been a top foreign exchange earner for Uganda, contributing almost 10 per cent of the Gross Domestic Product (GDP) and 23 per cent of the total foreign exports. It has also contributed over 660,000 jobs that were available in the tourism and travel sector during the 2018/2019 financial year.

Nature tourism has been contributing $1.6 billion to the economy, plus positively impacting the local communities around the wildlife areas.

According to wildlife conservation groups, the illegal wildlife trade of poachers and trophy hunters is contributing to the disappearance of lions in Africa. The loss of habitats, poor regulation of legal trade and climate change are also drivers in the animals’ declining numbers.

Furthermore, human wildlife conflicts are due to the increasing human population growth near the game parks, and also the roads, pipelines and other facilities built by oil companies as support infrastructure always degrade, destroy important habitats and interfere with the movement and survival of migratory animals.

Therefore, I call upon Uganda Wildlife Authority (UWA) to work with its partners to train and sensitize tourism host communities on how to co-exist with wild animals.

In Uganda, not giving birth or siring a child is considered one of the greatest failures in life. Sometimes, it’s considered so great a failure that even your other achievements can be obscured.

When you try to understand why people in our societies consider bearing children so important, you find out that they consider such an achievement as the best way of leaving behind a legacy and guaranteeing posthumous success. But, is it the best?

Every man or woman before bearing children, wishes to have a certain type of children. They wish for a certain character, intellect and physical appearance of their prospective children. Some get disappointed, while for others, the wishes materialise.

So, it’s possible to bear a child who can’t carry on a legacy to be proud of. For instance, no parent wishes to bear a lunatic, a drunkard, a fool, and a deformed child. After reading deformed, I know you will tell yourself: disability isn’t inability.

Yes, sometimes, the deformed or crippled achieve more than the physically fit but it doesn’t mean that the maxim is entirely true.

If you recall Charles Darwin’s theory, indeed, sometimes, the physically selected against become less fit for survival and, therefore, achieve less. If someone has no limbs and the only available job is human portage, that individual will be less likely to survive.

Also, there’s no guarantee that a parent will always die before their children. In some tragic moments, a parent can bury all their sons and daughters, and by the time he or she joins the heavenly choir, no child is left behind to carry on the legacy and eventually give their parent posthumous success.

Sir Isaac Newton, one of the most popular geniuses that ever lived, never sired any child in his life. Actually, speculation has it that he might have died a virgin.

Newton has enjoyed posthumous fame and success more than millions of his contemporaries who bore children. He invested too heavily in intellectual, political and theological pursuits. His achievements in those fields, most especially in the intellectual one, were very significant.