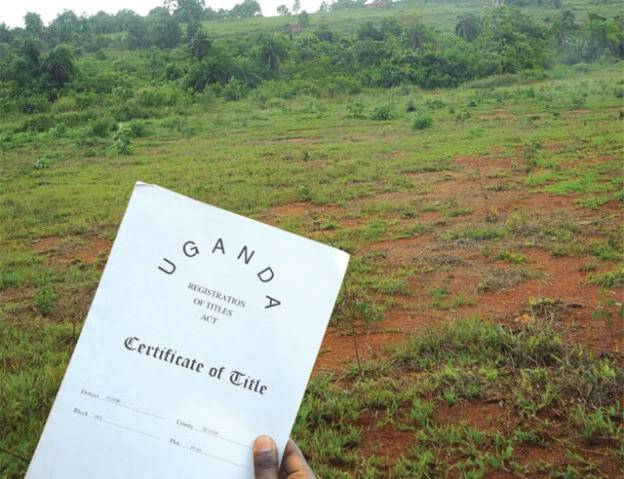 The New Vision of March 18, 2021 carried an opinion article titled “Why parliament should throw out any payment demand by Buganda Kingdom” written by Mr Sam Mayanja.

In this article, the author laboured to convince himself and mislead his readers in the process that Buganda kingdom is wrong to claim for rent arrears on land and establishments currently housing government installations such as district administrations.

We would like to put right some misrepresentations in the said article for the benefit of the general public. Historically, under the colonial times, the issue of property in Buganda Kingdom was first addressed under the 1900 Buganda Agreement which inter alia addressed institutional and private land ownership.

This agreement for instance provided for Official mailo estates attached to different office bearers in the kingdom such as the Kabaka of Buganda, Katikkiro of Buganda, the Namasole of Buganda, the Lubuga, county and sub-county chiefs, etc.

These were corporation sole entities with perpetual succession. The same obtains to date!

When kingdoms were abolished in 1966, laws were enacted starting in 1967, especially Article 108 of the 1967 Constitution which transferred all land management rights from Buganda Land Board to Uganda Land Commission.

Clearly, as it would later turn out, this was an impulsive move, as expropriation was done without corresponding compensation despite the provisions of the 1965 Compulsory Land Acquisition Act that were prevailing at the time.

With the coming of the new government in 1986, amendments were made to the 1967 Constitution by legal notice to enable the restoration of kingdoms and their traditional rulers. This was followed by the enactment of statute No: 8 of 1993 which is the Traditional Rulers Restitution of Assets and Properties Statute (Now Act N0 247 of the laws of Uganda).

It is this article that returned Assets to the traditional and cultural leaders which the author might not have addressed his mind to.

In his article, he attempts to selectively and conveniently misinterpret the provisions of the 1995 Constitution which clearly entrenched the right to property under Article 26 that cannot be derogated without due process involving sufficient and prompt compensation.

Therefore, Buganda’s right to demand money for rent of its building or ground rent from leases accrues directly from the kingdoms proprietary rights as registered proprietors of the reversion of any interest in the land, which right can only be derogated upon a constitutional amendment.

Actually, there are many state institutions such as UNRA, the Judiciary, National Water and Sewerage Corporation, etc who have dealt with Buganda Kingdom over the properties it owns by either paying rent, obtaining leases or sometimes doing compulsory acquisition by following properly laid down procedures of acquiring another person’s property.

The demand for rent arrears is therefore not new or misconstrued.

Further to that, many district administrations housed on kingdom land and property have already started expressing interest in either acquiring leases or paying rent to the kingdom.

This is a clear indicator of an understanding between the two institutions on who the rightful owner of these properties is. Even Mr Mayanja, on an individual basis, is a paying tenant on Kabaka’s land in Busimbi.

In the same article, the author argues against the provisions of the Traditional Rulers Restitution of Assets and Properties Act, and points out that it is at variance and in contravention with the Constitution.

The author ought to know that the issue of the constitutionality of provisions of any act of parliament is a matter of interpretation by the Constitutional court, not newspaper opinions!

The author is the spokesperson of Buganda Land Board.

-1 #1 kabayekka 2021-04-02 21:03
One reckons that by giving away land and demanding land rent or leaseholds means that the Ganda owner of the land has not much use of his land to himself.

To continue to demand land rent indefinately and putting out land lease holdings for 99 years, it is very clear that by the time such an economic process is at an end, the owner of this land would be dead and buried.
Report to administrator
0 #2 Kasede 2021-04-04 17:14
Quoting kabayekka:

One reckons that by giving away land and demanding land rent or leaseholds means that the Ganda owner of the land has not much use of his land to himself.

To continue to demand land rent indefinately and putting out land lease holdings for 99 years, it is very clear that by the time such an economic process is at an end, the owner of this land would be dead and buried.

Just move the national capital and the seat of our governance more north into the millet-guts' zone (= an official agric zoning of Ug) & such issues will be amicably resolved henceforth. By the way, the Buganda Agreement (1900) was a brilliant dupe by the Brits, just as they repeated in handing out Hong Kong to China.
Report to administrator