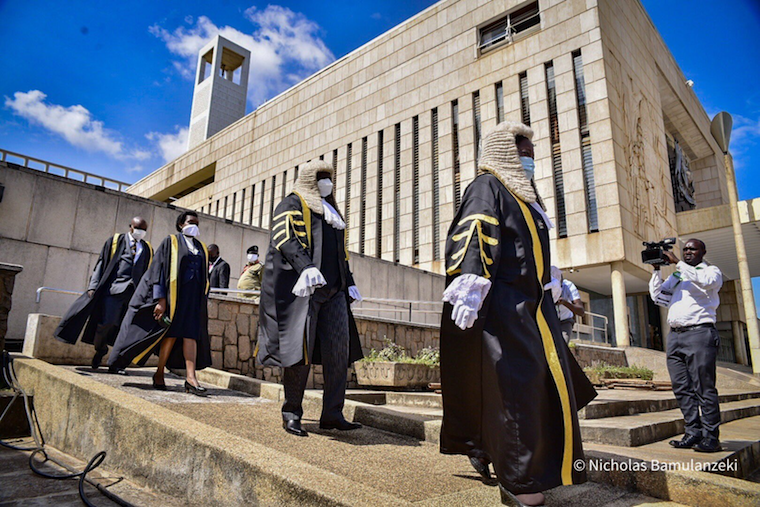 Another race, another case for the books, goes the face of the hunt for Uganda’s next speaker of parliament. What do we have to look forward to?

An NRM caucus reminding Hon. Kadaga that her tab is up, that she should cede the stage to a different cadre? Will Kadaga remind her bosses of the spirited fight she put up during the NRM leadership polls which seemed to announce her political Waterloo, ever so mildly? Will she take CNN to the shrine if she wins this time?

Will Hon. Oulanyah the faithful blue-eyed boy finally become the leader of tomorrow? Is his canvassing of NRM votes in northern Uganda now a clear KO against the party’s mixed performance in Busoga? Is he more than a biker and friend to the powers above? Can he be trusted to have the whole slice or his bosses see secret ambition that cannot be trusted?

Would they send some dark horse to test the depth of the river, maybe Dr. Ruth Aceng?

The red beret of discontent may have swept across parts of the land and ushered some unlikely faces into parliament but what more could be gained from that? Is opposition chief whip Ibrahim Semujju Nganda able to get the mandate of opposition MPs and push for a showdown against the man in hat’s ventriloquism at play in Kadaga and Oulanyah? Or is the Kiira staple legislator too brutally honest to canvas for votes bought by flattery, bitcoin and zombie transcendent spells? Is he a lone crusader or a lurking stray timing his chance at domestication?

Will the spirit of President Magufuli rise in our parliament as a token of divine benevolence? I don’t mourn Magufuli, rather I celebrate the life that he lived. His departure leaves a hole in the part of my soul that cares about patriotism and pragmatic leadership.

Another part of me is elated with gratitude that he demonstrated what is possible in countries like ours. His achievements are there for all to see and opinions against him cannot fault his convictions either.

With soggy eyes, I am reminded of Prophet Elvis Mbonye’s piercing 2020 letter to the politicians. To the leaders he said, “...I would be failing in my duty if I did not bring to your attention what is divinely required of you and urge your thoughtful consideration. You bear heavy responsibilities especially in these times when the threat of a global evil agenda is knocking at the door of our beloved nation...” Would candidates buying, intimidating and patronising their way to political positions live up to such a pedestal?

Knowing the critical role that parliament plays as one of the arms of government especially in passing laws by which we should be governed, I wonder how much longer it will hold against infiltration by “a global evil agenda”. In the noise of science this, science that; coupled with party interests and personal ambition, how long do we have to wait to see a house full of legislators who have sold their souls for “what come may”?

Is Magufuli the last of leaders in East Africa who espouse divine responsibility in all they do? Can any of those offering themselves for speakership, prove with certainty that they can be counted on to safeguard our values, our way of life? Or do they intend to secure a future of unholy alliances with deities unknown for a Noah flood to clean up when we have run out of room to hide the corruption and ineptitude?

If those vying for such roles show glimpses of ambition at mortal cost, could we trust their consciences? We quickly forgot the one place a head of an infant was delivered on a platter and to which Herod’s child it was said to be postmailed. Beyond impossibility is the fact that some sojourner(s) at Parliamentary Avenue consider it scientifically approved to ride on severed heads of innocent infants for a choice parking lot. Oh Uganda, may God uphold thee!

Let us not vote for child sacrifice, selfish ambition and spiteful patronage. Only then can we retain the moral authority to say, “FOR GOD AND MY COUNTRY”

The author is a lawyer and a writer

0 #1 Okpoei Avua Blessed 2021-03-31 03:03
We need godly leadership indeed. Lots of people have suffered already and yet their hearts are still unchanged and the choices they make inspire more negative outcomes.

Almost like a wife who chooses to stay in a physically abusive relationship because it is less embarrassing than a break-up. Lord, heal our land
Report to administrator