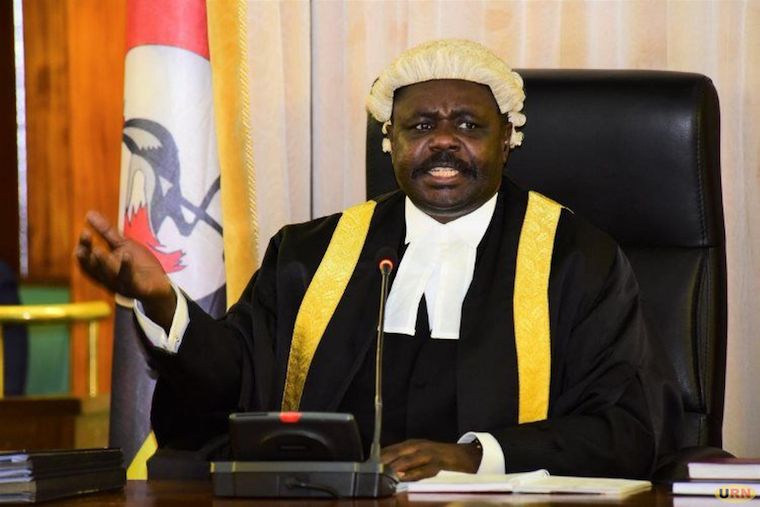 In the hotly contested parliamentary race for speakership, Rebecca Kadaga’s campaign team is putting forward the argument that since she is the only woman occupying one of the top 20 public positions in Uganda, she should retain it.

As speaker, Honourable Kadaga is occupying the third top-most position in the country after the president and vice president respectively. Yet, whoever becomes the next speaker in the 11th Parliament should not be a matter of gender; it should be a matter of principle.

Madam speaker is well aware of NRM’s 2016 Central Executive Committee’s (CEC) resolution to grant her only one more term as speaker. At the time, Kadaga reasoned that if Edward Ssekandi was permitted to serve two terms as speaker, for a ten-year period, likewise she should be allowed the same and she made these remarks openly in the media.

Could it be that Kadaga’s true motive is to retain the perks, privileges and per diem that come with this position?

As Oulanyah rightly asked: if Kadaga has the support of 300 members of parliament, as she alleges, then why is she campaigning?

Meanwhile, Oulanyah’s comments, while appearing as a guest during NBS’s Frontline’s political talk show on the evening of Thursday, March 25, 2021, sparked a hashtag #Oulanyah4Speaker that was still trending on Twitter by Friday morning.

Oulanyah set the record straight when he said, ‘I heard that I made a call to the speaker and told her, “Mummy, come and rescue me.” I had a meeting with the speaker and we discussed that I postpone the debate on the age limit. I didn’t run. I have dealt with more difficult situations.’

On the economy, Oulanyah said: “The resources we have, have gone to feed the greedy, and not the needy. Time and again I have stated that the money generated by this country is enough to run our budget, more than enough. Just look at the wastage, then you’ll understand what I am saying.”

Oulanyah has a reputation for being time-conscious whenever he chairs parliament’s plenary. He knows the law like the back of his hand. He is a brilliant man, who was born to be speaker. Kadaga has had her turn. She has been speaker for 10 years! It’s Oulanyah’s turn now.

Thieves are on rampage

On March 20, 2021, I received an early morning call from one of my workmates informing me that her house was broken into and some of her valuables robbed while she had travelled upcountry.

On March 23, thugs attacked my sister-in-law’s apartment block, breaking into five of the six units. Thieves made away with TVs, phones and music systems. The trend is looking ugly. Uganda has in the past experienced relatively peaceful times especially on the issue of theft, robberies and burglary. But this is changing.

One would think that since curfew is still on and deployment of security support forces like LDUs, movement of criminals would be curtailed and in fact impossible. But this is not the case. The fact that thieves are becoming rampant defied common sense.

Whether it’s a personal house, rented, or you are a caretaker, there are some specific security and safety tactics you ought to deploy to keep criminals away from your house. Therefore, to guard against thieves, people should use durable locking systems, install security systems - CCTV, intruder alarms and electric fences, among others.

Then again, there is need to be careful of garbage collectors, walk-in helpers, boda boda deliveries. These people either participate in the actual thefts or scan the environment and take information to the bad guys.

People need to know their neighborhood. They should have the contacts of the nearest police station, and should relate well with neighbours. It is important to have a WhatsApp group to enhance communication within the community.

As long as humanity lives, crime will be present. The difference is how individually and collectively we are ready to deal with it.

I am a concerned citizen who believes in the development of our country. But sometimes certain things leave me wondering where Uganda is headed to.

Last week, the minister of Finance came up with a Bill of amending the Road Act, which re-introduces the annual Road licence fee. This is unfair. One wonders how much money in taxes Ugandans will have to pay.

First, the price of fuel is too high. It never goes down. Ugandans have kept quiet over these fuel prices for a long time.

A plan to bring another financial burden on Ugandans is simply too much. Government needs to revise this plan. I hope this time parliament will not just endorse this, but consider the cries of the electorate.