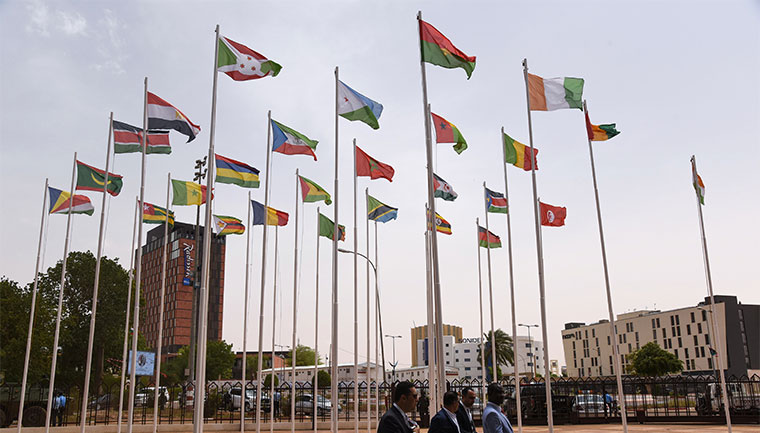 Pan-Africanism could be one of the most popular terms to have come out the black diaspora and Africa.

So popular it has been that proclaiming to be a pan-Africanist would almost immediately fetch one respect in Africa. Which African in their right mind wouldn’t respect someone working for the autonomy, respect, and glory of Africa?

Thus, all his weaknesses notwithstanding, Kwame Nkrumah of Ghana is still held in high regard for his efforts towards emancipating and uniting Africa. In many ways, he is seen to have lived his gospel. This might as well apply to a number of his contemporaries.

As times have changed, the concept of pan-Africanism has also evolved into new forms. It is one of those attractive notions that become so popular thereby rendering themselves vulnerable to so many adaptations that end up producing vulgarised versions for political opportunism.

Hence today some have renamed it pun-Africanism. Today, perhaps anyone can claim to be a pan-Africanist, even a murderer of fellow Africans. The contradictions do not matter. Simply choose when to bash the West for interference and when to work with them at the expense of your people when it favours you.

In rhetoric, one of the effective tactics in silencing an adversary or someone telling us uncomfortable truths is by identifying them with what people abhor. The Baganda call it okusibako omuntu amatu g’embuzi okumuliisa engo (tying goat ears on a person so that they are eaten by a leopard).

Our history of being enslaved, colonised, exploited and abused by Western countries often comes in handy for African dictators whenever the West calls them to order for their excesses. Suddenly, they pull out an anti-colonial or decolonising card to posture as saviours that will not allow foreigners to interfere with their affairs.

When they are accumulating debts from the West and begging for aid, much of which they steal, the West is good. The same West to which they have enslaved their countries through debts and budgetary dependence is not expected to call them out when they steal the aid or use it to brutalise their people.

Of course, the West is partly responsible for producing this behaviour of some African leaders. Over time, because of their thirst for aid, many of these leaders listen more to the donors than to their people. Donors love this, because it allows them leverage to negotiate for their own interests.

Since the interests between the greedy leaders and transactional donors are often mutual, these dealings easily pass at the expense of the citizen. When it comes to leadership, a good donor is one who gives without minding how African leaders govern their people.

In this irony, the African leader wants to have their cake and eat it too – the more reason China is a darling. I wish we could still easily believe our leaders when they rally us against imperialists. When they vigorously chant sovereignty – begging sovereigns whose greed practically supersedes their desire for autonomy.

Our drama is that of a parent that brutalises their children while advising them against bringing in outsiders. He suffocates all room for internal resolution of differences and breathes fire to those who challenge him yet he tells outsiders that ‘we can sort our problems internally’.

Obviously many Africans would wish to be independent and shape their own destinies. We wish to be respected internationally, not to be looked at as the pitiable sick child of humanity. We wish to walk with our heads high as proud citizens of our countries. We wish to be the primary beneficiaries of our vast resources, and we know that if they were well managed, perhaps we wouldn’t carry this international reputation as beggars.

Perhaps we would only demand for reparations, not aid. However, in many ways our leaders are the biggest hindrances to the above aspirations. Today, when called out on their human rights abuses, some of them are telling off ‘Europeans’ that we are not desperate to go to their countries.

They confuse their own comfort with the conditions of the people they lead. The irony is that several of their citizens live in these European countries, having run away from the difficult conditions at home – mostly due to bad leadership. The same leaders boast about the huge revenue from remittances!

If the stringent visa requirements to European countries were removed, how many Ugandans would remain in their country? And it is not primarily because Uganda is a bad country per se.

It is a naturally wonderful country whose conditions can’t be compared to the winters of Europe or the boiling sun of the Middle East. Yet still, some churches have made a kill out of praying for people to get visas to escape its hardship. Any pastor will tell you that getting a visa to Europe or USA is one of the commonest prayer requests they are approached with.

If many of your people are praying for an opportunity to leave their country to foreign ones so as to escape its misery, what audacity do you have to talk about sovereignty? The genuine pan-Africanist pride and zeal of many ordinary Africans is frustrated and killed by their greedy and power hungry leaders.

The extremes of such leaders are among other reasons why many of us can’t walk in pride outside our countries. What pride for a people mostly known for their mess!

What call for international respect when your own leaders can’t respect you? If it was clear in deeds that our leaders cared so much about our wellbeing, we would all strongly rally around them when they castigate imperialists for interference. We would know that their pan-Africanism is about us.

But as it stands now, no matter how loud and angrily they shout, many of us are too wounded by them to care about the identity of whoever can call them to order. We can’t be fooled not to see the primary problem.

12
+14 #11 juwait kali 2021-03-01 06:46
What hurts most is we run abroad for safety and then end up sending help to our loved ones and through the process boosting the GDP of which their champagne is boosted.

From our enslavement they get praised for economic growth. I beg you diasaporians contribute to the opposition in some way financially so as to try and get out of this gagamere!!!!!!!!!!!!
Report to administrator
+1 #12 Musinguz 2021-03-02 08:23
Quoting Ferdinand:

Opolot, just leave Lisol alone. That is what freedom of speech means.

Even a brainless person is entitled to speech. Even if they haven’t understood what they are responding to, it is their right to write their gibberish response.

Whose brain do you want them to use? They can only use what they have, however little it is. Respect them also. Lisol, don’t be discouraged please. Write what you can. We understand your problem and appreciate your effort to write that graffiti here

Don’t be surprised that dense Lysol might think that this is in defense of him, yet it is hitting him for writing gibberish and graffiti nonsense here.
Report to administrator
-3 #13 Ferdinand 2021-03-02 12:36
Hehehe, Musinguzi you got me right. Every class has its slow student who always comes last.

Lysol is that student on the Observer page. But still he has the right to speak out his nonsense. How else would we know that such weak minds exist in adults?
Report to administrator
+1 #14 Lysol 2021-03-02 21:20
Eagerly awaiting for the next article to continue with the fun.
Report to administrator
0 #15 Akot 2021-03-04 17:13
Quoting Rick Ntambi:

M7 is laughable when he claims his remaining task is to "unite Africa while diving Ugandans into tiny "districts based on tribes/ethnicity!

after 36 years in power, the "visionary" Pan-Africanist is unable to implement free trade within East Africa: Uganda's milk and sugar blocked by Kenya and Tanzania; the Uganda-Rwanda border is closed.

M7 believes it is "terrorism" to give money to Ugandan agencies, organizations and individuals without his permission.

If M7 is not funding you, then you are money laundering or a terrorist.

the great Pan-Africanist was just last year begging the EU to forgive Africa's huge debts. What a sad day for Africa!

Museveni is the only real Ugandan & is making it clear!

Ugandans are alright with what M7 does as they knowg as long as they are tribally divided & ruled, M7 will be the only ruler, owner of their tax money!
Report to administrator
0 #17 Akot 2021-03-04 17:33
Ferdinand, agreed, but,

Freedom of speech has now become a weapon used to fight even real democracies;

- Muslims in Europe are using freedom of speech to
impose their religion even in schools they don't pay
fees, yet have so many kids freely educated!

But Museveni is the only one with freedom of speech, right?

How can Ugandans still maintain the tribalistic system that ensures they are M7's slaves, in the country formed by their tribal lands?

Not even Bobi Wine understands the tribalistic system MUST be brought down FIRST or he too, is a migrant in M7's Uganda!
Report to administrator
0 #18 Akot 2021-03-04 17:43
Quoting juwait kali:

What hurts most is we run abroad for safety and then end up sending help to our loved ones and through the process boosting the GDP of which their champagne is boosted.

From our enslavement they get praised for economic growth. I beg you diasaporians contribute to the opposition in some way financially so as to try and get out of this gagamere!

Just saying NO to the tribalistic system & UNITY is all Ugandans need, if they want their country back & administer it as they want!

Has M7 not been on long enough & him & family not yet rich enough?

Demons like M7 live +100 years & never leave post, so, who will take M7's place when he dies of old age if not his military son already prepared for the post?

Every class has its slow student who always comes last.

A country MUST give Free Education to ALL kids to as far as they can go; even the less intelligent will have the basic so needed level; speak common language, respect, work TOGETHER for the good of all in a country build by & for ALL!

Every one MUST have a place in a country, for the good of ALL!

Ugandans MUST bring down the tribalistic system & UNITE to end M7's rule, then go for the kind of governance they want, to give chance to kids to Common Education especially as Ugandans are lucky to have 'English' that the world has made so important for development!

Ugandans MUST give themsleves chance to live without Museveni & family owning their land & riches!

As it is, how will Ugandans make it to 2026, knowing it will still be M7 the wonner?
Report to administrator
0 #20 Jama 2021-03-08 09:35
Thanks Doc for your eye_opening articles.
The brilliant performance of our troops in Somalia has been one of the factors which has contributed to the donor's minimal critic and continued strong cooperation with our despot, despite the atrocities committed by the later on innocent Ugandans.
Report to administrator
12