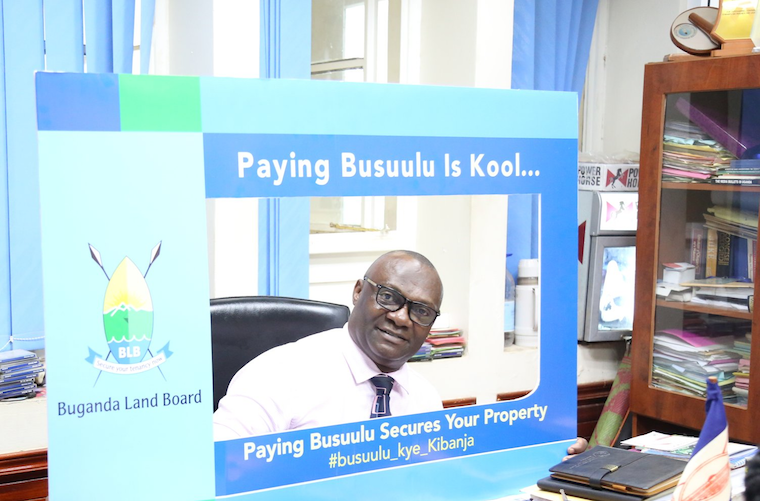 Despite the financial strain occasioned on almost everyone by the Covid-19 pandemic, there is a good number of people determined to meet their 2020 aspirations.

Over the Christmas period, at least four people reached out to me inquiring whether they could purchase a plot of land from Buganda Land Board, “preferably near Kampala”. They all wanted well-planned residential areas, with access roads, good schools, a secure neighbourhood and connected to national electricity and water grids.

Indeed, for the couple of years I have worked with Buganda Land Board, I have met quite a number of people with similar needs, carrying the honest belief that Buganda’s land management agency can and should help.

This scenario reveals three things. First, many people would love to own land but do not know how to go about it. Two, people misunderstand the mandate of Buganda Land Board and three, people trust Buganda Land Board. This is due to a number of factors.

In the first instance, we all know that land is the most important source of livelihood, either for commercial or subsistence reasons. So, in many cases in our traditional beliefs, for every person to be deemed to have found a purpose in life, they are expected to have acquired a plot of land and probably built a simple house on it.

Thus the demand for small plots (50x100) can only continue growing. In the second instance, some people equate Buganda Land Board to the multitudes of property vending companies which usually acquire large chunks of land, sub-divide them and sell them at a profit.

One of the people that wanted a plot told me, “I don’t want to be conned by these property agencies. I know many people that have fallen prey to their bad land deals.”

That brings in the third issue – trust. Stories abound of people being defrauded by property agencies in the name of selling them land. They, therefore, feel safer to deal with such an establishment as BLB which boasts a permanent address, proper management structure and a team of professionals.

I was forced to humbly explain to these people that while Buganda Land Board has the expertise and experience to serve them in that area, their cardinal mandate is far bigger than the land retail business. I informed them that when government reinstated traditional rulers through the Traditional Rulers (Restitution of Assets and Properties) Act of 1993, the Kabaka re-established Buganda Land Board as managers of his estate (Olusuku lwa Kabaka) which measures up to 350 square miles.

The subsequent memorandum of understanding between the President of Uganda and the Kabaka of Buganda signed in 2013 returned more land to Buganda Kingdom including land in urban centres, land for Ssaza chiefs, land for Katikkiro, Omuwanika, Omulamuzi, Nnaalinya, etc.

This thus expanded BLB’s mandate to managing at least 1,000 square miles spread across Buganda. To put it into perspective, it is hard to find a land-vending agency with land bigger than one square mile. When Buganda’s land was returned, after over 30 years in state hands, almost all of it had been occupied by people with little or no proper planning.

Buganda Land Board, therefore, primarily embarked on a sanitizing process including identifying all tenants on this land, registering them, surveying for those that can afford and issuing lease titles to the interested.

Unfortunately, you will realize that most urban slums are found on Kabaka’s land simply because when the land was still in government hands, people would effortlessly settle on it. And since the Kabaka cannot evict people, the least BLB can do is to advise them to register and start paying nominal ground rent as stipulated by the Land (Amendment) Act of 2010.

On rare occasions, through Kabaka’s chiefs and elders at grassroots, we have identified land that could eventually be utilised for commercial reasons. For instance, the kingdom is currently overseeing the construction of low-cost houses in Ssentema where hundreds of housing units are expected to be set up in a well-planned environment.

The same was done for the high-end population in Kigo, under the Mirembe Villas estate. However, unlike the property agencies, BLB does not deal in subdividing and selling off small plots for a profit. Our mandate is to strictly ensure that all people on kingdom land are safe, through acquisition of proper documentation for their respective land.

This notwithstanding, I told them that we recently introduced a department that offers land-related services to people on private mailo/land. So, in case they need survey, conveyancing, physical planning or title processing services, this department, found at our respective branches, can help.

The author works with Buganda Land Board.

0 #1 kabayekka 2021-02-24 17:47
Well then this sort of Memorandum of Understanding as it seems to want to expire by the removal of this long serving Central government, most citizens are anxious to know what is the next policy on land in this country of Buganda.

Everybody knows well what has been the shortcomings of land ownership in Buganda now 59 years since the British land surveyors left this country!
Quote | Report to administrator
Refresh comments list
RSS feed for comments to this post
Add comment