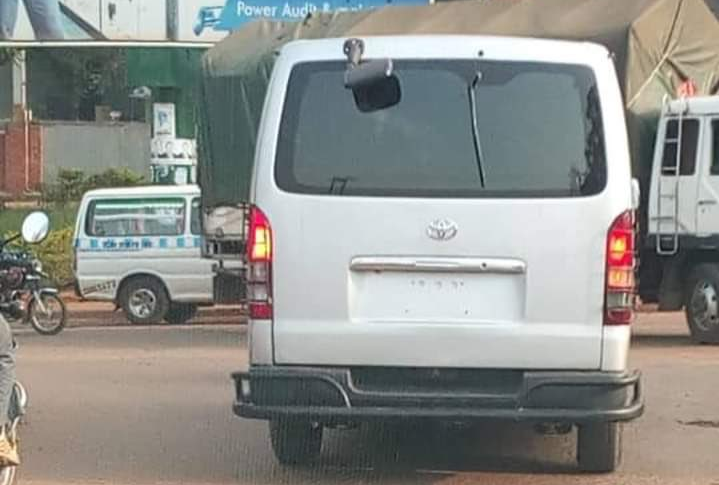 Establish a commission of inquiry to look into the recent election-related killings and enforced disappearances.

Many have been abducted by shadowy security operatives moving in numberless vehicles (drones) and confined in non-gazetted places. Efforts to find many of them have been in vain. A few have been arraigned before the courts of law while others have been found dumped in jungles and other remote places often in poor health and bearing torture marks.

In some instances, bodies of such abducted victims have been recovered. This state of affairs should concern every individual irrespective of political affiliation.

The state owes it to these families to establish an independent commission of inquiry tasked specifically with looking into these enforced disappearances, torture and killings in line with our national and international human rights obligations.

Our constitution requires the arraignment of any arrested person before a court of law within 48 hours. Uganda has also ratified the Rome Statute of the International Criminal Court, which specifically categorizes enforced disappearances, murder and torture as crimes against humanity.

In February 2007, our country also signed the International Convention for the Protection of All Persons from Enforced Disappearance, in which States undertake to combat impunity for the crime of enforced disappearance.

In apparent acknowledgement of these concerns, Gen. Jeje Odongo, the minister of Internal Affairs recently came out with an official update on some of the kidnaps and disappearances. The deputy inspector general of police, Maj. Gen. Paul Lokech also followed up with a 48-hour ultimatum to the police to take to court within 48 hours all the people recently abducted by security operatives.

They both promised to investigate the matter and report back. However, given the current political context, a purely government-led investigation is unlikely to win public trust. This is especially in light of the fact that the same government security agencies are allegedly behind these violations.

It is an established principle of natural justice that nobody can be a judge in his own cause—a clear rule against bias. Besides, we have seen instances where government officials have vehemently denied these allegations and at times ridiculed the victims, which may contribute to discouraging many of them from coming forward to the police to report and seek information about their missing relatives.

It is particularly important to note that these violations are triggered by a deep-seated ongoing political dispute and therefore the public and even the victims of these crimes are unlikely to view Uganda’s parliament that is dominated by the ruling party as an independent arbiter in the quest for answers.

Independent commissions are not new in Uganda. Over the last 10 years, Uganda has established several commissions of inquiry including the most recent one, dubbed the “Bamugemeire Commission” which was set up to look into the practice, policy and legal framework for land management and acquisitions in Uganda.

Whereas the Constitutional court eventually quashed the decisions and recommendations of the Commission because it wrongly constituted itself into a court, it nonetheless provided an opportunity for a critical and independent process looking into key challenges such as land grabbing that affect ordinary and in most cases, vulnerable citizens.

While the inquiry proposed in this commentary is likely to face the same challenges witnessed with previous commissions, for example, their exorbitant operational costs, allegations of influence peddling by different individuals including the culprits of the acts under inquiry and non-implementation of their recommendations, its eventual benefits outweigh the cons.

There are other precedents for a Commission of Inquiry of this nature. When Yoweri Museveni came to power in 1986, one of his first acts was to establish a Commission of Inquiry into Violations of Human Rights to investigate “all aspects of human rights abuses” committed under the previous governments from the time of independence on October 9, 1962, until he came into power on 25th January 1986.

This Commission was to pay specific attention to arbitrary arrests, detentions and killings. The commission’s broad mandate also included forced displacement, disappearances, discrimination, and it authorized the commission to recommend ways to prevent future abuses.

Similarly, in 1974, then President Idi Amin Dada also authorized the set-up of a commission of inquiry into the disappearances of people in Uganda since the Military take-over on 25th January 1971. There is therefore a history of Uganda’s leaders responding decisively to the same violations that we are witnessing today.

It is disappointing that institutions such as the Uganda Human Rights Commission have done very little to challenge the government to explain these alleged rampant disappearances and killings.

The varying and disputed narratives about the disappearances by both the government and the opposition lay a strong basis for an independent process to enable the public to learn the truth and understand the gravity of the problem. Herein lies the raison d'être for an independent and impartial inquiry that the victims of these crimes can trust.

Respect for rule of law and accountability for grave crimes such as killings and enforced disappearances is key as we work towards a better Uganda for future generations. The truth is that without justice, all we will have as a country is a fragile peace.

The author is a human rights lawyer and specialist in international criminal law.

+1 #1 Lakwena 2021-02-17 08:29
But Madam Sharon Nakandha, since Machiavelli; if the state is the organizer, sponsor and perpetrator of human rights violation, who is the beneficiary of a Commission of Inquiry (CI)?

Of course the same state and Commissioners therein.

You make reference to Amin's own institution of a Commission of Inquiry into his (Amin's) own era of abduction, disappearances, terror and murder; it was an absurdity.

In other words, CI in Uganda/Africa is an inconsequential, time and resource wasting and face-saving PR (false relation) gimmick.
Quote | Report to administrator
0 #2 Lakwena 2021-02-17 08:40
It is coming to a full year since Medi Kaggwa, the former Chairman of the Ugandan Human Rights Commission suddenly passed away during the Covid-19 Lockdown.

Why for e.g., hasn't Gen Tibuhaburwa appointed a substantive Chairman of the UHC? It is because he is statistically a vicious human rights violator.

E.g., he publicly declared that he is the "Author and Master of Violence".

In other words Gen Tibuhaburwa belongs to the Hague, to be in the company of Dominic Ongwen (Kyeswa)
Quote | Report to administrator
+1 #3 kibedi nkuutu 2021-02-17 14:24
Monkeys cannot decide the fate a forest!

The Commission of Inquiry is to be set up by the same govt. that is under investigation by the same commission! Get real, Madame! This is total BS!
Quote | Report to administrator
Refresh comments list
RSS feed for comments to this post
Add comment