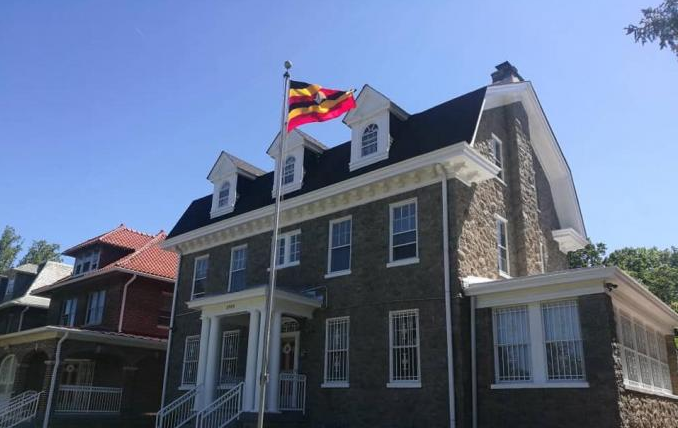 It ought to be noted that no country can operate in isolation of other countries. The global forces of liberalism have pushed all countries into a global village. What happens in Uganda becomes a matter of the rest of the countries in an organic analogy.

Therefore, the challenges that come with such connectivity call for a very trained, nationalistic, experienced and well-equipped personnel to serve in a country’s diplomatic missions. However, in Uganda, the largest percentage of heads of foreign missions is not interested in growing their career in diplomacy and thus a few perform to the expectations of Uganda.

This reveals their incompetence, coupled with lack of knowledge and skills of diplomacy and they have done more harm than good to the image and interests of Uganda.

In recent times, following the 2021 general elections in Uganda, the image of the country has been painted to the world as full of state violence, crackdown of the opposition by the ruling political party and many other negative aspects of the government of Uganda.

In doing so, no one has talked about the achievements of the government in Uganda in developing this young democracy from a state of anarchy and civil wars, almost since independence, to a governable society that should be applauded globally.

Most of Uganda’s diplomatic missions have either paid no attention to these critical aspects of foreign policy or simply just don’t know what to do as diplomats.

As a result of the incompetence of most heads of diplomatic missions, foreign actors such as the European Union on February 11, 2021, through its parliament, recommended sanctions over the Ugandan government for what they refer to as a non-democratic election, coupled with the crackdown and arrests of opponents of the ruling NRM government.

This was followed by a plea by two USA congressmen who asked Washington to impose sanctions on seven security officials for alleged human rights violation.

Indeed, with a vibrant team of ambassadors representing Uganda in Europe, this wouldn’t have happened. Besides, domestic government officials who responded to the resolution by the European Union seem to be less informed about diplomacy as their response was too undiplomatic.

From the government spokesperson, Ofwono Opondo, ministers David Bahati and Peter Ogwang, all responded undiplomatically by warning the European countries to stop meddling in Uganda’s politics. This shows that they either forgot or they are not aware of the fact that Uganda is operating in a globalized world.

In reference to Article 3 of the Vienna Convention on Diplomatic Relations (1961), Ugandan diplomats have failed to execute the following functions, resulting into a diplomatic crisis.

a) Representing Uganda in the receiving state where they are assigned. Ugandan diplomats, mainly those in Europe, would have explained the state of the political situation in Uganda so as to show the relevance of the state actions and the reality in the country to counter the falsehoods and exaggerations made by the opposition and the international media.

b) Protecting the interests of Ugandans in the receiving state, within the limits permitted by international law. Ugandan diplomats would have worked harder to protect the major interest of Uganda in Europe as per schedule XXVIII of the 1995 Constitution, which talks about fostering peace and stability as well as keeping Ugandans in Europe safe through a stable government home.

c) Negotiating with the government of the receiving states. Before such resolutions and recommendations that the EU legislature reached are made, Uganda’s diplomats in those geopolitical areas would have worked tirelessly to sit on roundtables, negotiated their country’s position with the EU country members and informed them about the realities in Uganda, and the need for the government to take such measures that it took.

Indeed, the diplomats would have shown the European Union member states that the peace being preserved by the Ugandan government is for the good of all of them in the Great Lakes region and the African continent.

d) Ascertaining by all lawful means conditions and developments in the receiving state (Europe and the USA) and reporting thereon to the Ugandan government. In most cases, if the Ugandan government had been informed earlier prior to such meetings and resolutions, it would have taken measures to deliberate with member states of the EU and inform them about the realities on ground and reach negotiated conclusions without reaching the level of sanctioning the country.

e) The resolutions by the EU show that Ugandan diplomats have almost done nothing to create avenues for Uganda
to friendly relate with these states economically, culturally and scientifically.

Therefore, for our country Uganda to revive its strength in this globalized international system, it needs to develop a very vibrant diplomatic force just.

This can be done through recruiting personnel based on qualification (basically students of international relations and diplomacy, political scientists and other related fields) who are well-equipped with the knowledge and skills of diplomatic practice rather than those with either less knowledge or no interest in the subject.

The writer is an International Relations and Diplomatics scholar.

But because of fatigue caused by staying in power for a very long time, no diplomatic official is bothered with it all.

Moreover, the leadership itself is not of Uganda ancestry. Many of the ruling elites are of Rwanda, Burundi and the Congo stock. It is very difficult indeed to represent abroad what you are not!
Quote | Report to administrator
+1 #2 Apollo Ekelot 2021-02-17 12:50
Ampumuza misses a point here- the hollowness of playing 'diplomacy' with dirty linen all over the place.

With the non-traditional sources of information outstripping the traditional ones, we must just make a choice to 'behave well' in public, It is cheaper!

Defending murder, human rights abuses, and much worse callous statements by those in power is no mean feat!

Before you go and explain, your audience has already seen and heard. Diplomacy is about what you do as well as what you say. What a time to be a Ugandan ambassador!
Quote | Report to administrator
Refresh comments list
RSS feed for comments to this post
Add comment