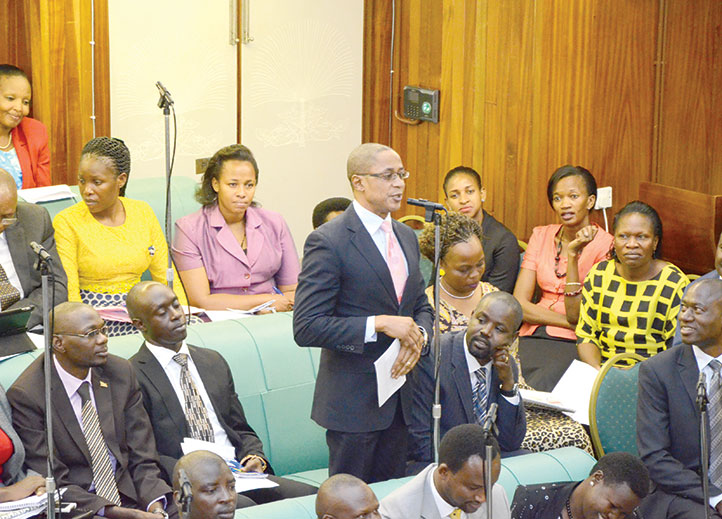 Museveni is a very lucky man. But oftentimes, unfortunately, luck is mistaken for virtuosity.

Real revolutionaries like Amin, Obote, Lumumba, Sadat, Kenyatta, Nkrumah, Abdulle Osman, Neto etc. were very unlucky. They were in power at a time when colonialists were still tinkering with the continent, scrambling to reposition their jaws.

Like wanton boys who kill flies for sport, colonialists kicked our leaders around like footballs. They removed them from power, killed or exiled as and when they wanted.

On the other hand, by the time the Museveni-type revolutionaries (?) emerged, the Cold War Olympics had ended, and had gotten a winning team: USA, UK and EU. And in zero-revolutionary spirit, the Museveni breed of revolutionaries not only handed over their countries to the new colonialists, they also swore to work for them – as mercenaries – and joined in the looting.

[Dos Santos, Mubarak, Bashir, Kagame, Chiluba and Kabila are some of the Museveni breed of revolutionaries. They look and sound like revolutionaries, but are the absolute definition of compradors. Disguise is their genius].

If a time-machine would take us back in time, and by some ghosts, 2021 could be 1981 [Cold War ongoing, Muammar Gaddafi in power, Luweero bushes intact, etc.] majority of NUP elected officials would be in the bush – as the so-called 27 – fighting Museveni after this election.

As more details continue to emerge, this round of stealing was the worst in recent memory. Besides the unsophisticated thuggery, the same reasons – abductions, murders, panda gari, property grabs – that took Museveni to the bush in 1980, are nowadays the order of the day.

With even more intensity. Interestingly, the same people who supported Museveni have once again announced their support for the resistance – against the same man.

In fact, if this were 1980, all those young men and women who fervently followed the Kyagulanyi campaign – many of whom are currently rotting in prison, and others already buried – would be in the bush resisting.

Sadly, even when we are actually in a 1980 political moment, the terrain of resistance radically changed. (We were in that moment again in 2016, and Kizza Besigye then symbolized the resistance).

Not only were the bushes cut down, but also, there is no Russia or America to send you weapons. There is no Muammar Gaddafi either and the entire Middle East has been messed by the senseless war on terror, which is actually a war over oil and natural gas resources.

Nowadays, civil wars or armed insurrections are not supported as modes of political agitation. The international community, specifically WB and IMF, are diabolically obsessed with democracy that even in its apparent emptiness, they are unwilling to shift the terms of the debate.

As long as Museveni organises elections – however stupid – they will send him congrats. [Even when it seems too embarrassing like now, an unapologetic autocrat staring them in the face, while they author lofty condemnation statements, they will be processing grants, budget support, and other donations].

Because it is how they also steal from the poor. They have to have a man who does their biding in Congo, CAR, South Sudan or Somali. Is it surprising that in the middle of the Bobi Wine house arrest, AMISOM/UPDF published fake news of killing 189 Al-Shabab fighters, a story which they denied after backlash from Somali sources.

Moving forward, opposition movements are now operating in space that allows one difficult option of resistance, organising sustained protests. Sadly, these can also yield results if the autocrat so viciously abuses them, which then prompts his own military to remove him.

This is the ugly reality facing those resisting Museveni. But again, the resistors seem to be trudging on. It is against that background that I want to appreciate the quality of the elected NUP legislators. [Perhaps, not how they see themselves, but how we, the wanainchi, see them].

These are soldiers going to battle, not to debate. Denied the opportunity to go to the actual bush – by events beyond their control – ordinary folks have selected from amongst themselves, soldiers to send to the only space available for war against tyranny: parliament.

These fellows coming to parliament are the resistance holding the proverbial 27 guns. I know some of them could be succumbing to ignorant public pressure, and could be thinking that they now have to run to English language schools and hone their speech and get ready for lofty debates on the floor of parliament. Unnecessary.

It would be to misunderstand their victories – and the job ahead of them. English is not required for this assignment but, rather, noise, a lot of it, resilience, steadiness, doggedness.

Look, Uganda’s parliament has seen many wonderful and highly credentialled debaters. The opposition specifically has had fellows with incredible academic accomplishments and beautiful English. These ranged from senior lawyers, professors and successful businessmen.

But the space in which these men and women debated had been terribly corrupted. It was not a space for ideas, but power, money and numbers. Over the long haul, Museveni’s acute anti-intellectualism prevailed.

Don’t you recall Museveni asking voters to send him sleepy NRM legislators over brilliant articulate chaps from the opposition? Yes, he did. All that matters to him is numbers. If the numbers are threatened, the military moves in. In the end, the eloquence of those well-educated folks was simply abused and wasted.

And the ordinary folks have been watching and responding: when Museveni first announced preference for sleepy drunkards, they started sending in cantankerous characters, who are capable of a brawl and some noise. But the noise wasn’t loud enough to awaken the sleepy fellows.

The entry of Bobi Wine into parliament, and the violent amendment of the Constitution to allow a Museveni life presidency cracked the puzzle for the resistance: parliament fully came around as the new battleground. It needed fighters, not debaters.

Ordinary folks realised the uselessness of sending our lawyers, professors and specialised accountants. These are not only easily conscripted but are also easily frustrated. Parliament needs young, able-bodied fighters, noisemakers and urban rebels.

These are the folks going to parliament to battle Museveni’s men. And Museveni has responded by actually sending to parliament his most accomplished generals – including his CDF. Goddamn. Stella Nyanzi should have been in this parliament.

For one to say that change is coming, clearly shows why My M7 has ruled us for 35 years and still counting! That's a mischievous statement. How could change be coming while the 3 branches of government are under one man's command, M7?

The executive is dominated by either M7's family/relatives or tribesmen! The judiciary has just begged, through the chief justice, M7 to increase its budget! Will get to the police and army later, but all the aforementioned institutions are required and/or supposed to be independent. Are they?
Report to administrator
0 #62 Remase 2021-02-08 11:19
How would change come, if what brings change is under the command of M7 who is indomitable to continue destroying our country, and make certain that change doesn't happen?

Look around you, it's business as usual! Life goes on!
Report to administrator
0 #63 Wanainchi_Protege 2021-02-08 14:34
One of us has their mind under captivity that change is brought about by only internal governance structures. Change starts from least expected sources.

The Arab spring was a one off. It will probably happen again after century. The change I am taking about is fundamental change and will come when least expected. Let us have business operate as usual because we have to 'eat on a daily' and have been reduced to search circumstances.

I will insist, you and I should start planning for post M7 era! Very soon you will be invited for fruitful deliberations.
Report to administrator
0 #64 Remase 2021-02-08 20:48
These are your words, "Ugandans are all in dire need of basic service delivery without politicking."