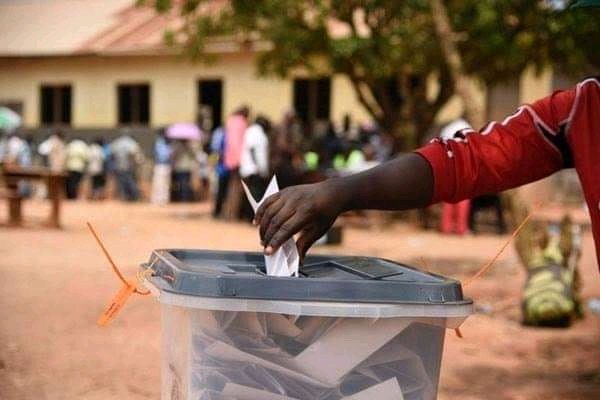 Tomorrow, we shall be voting in one of the most bogus polls in Uganda’s electoral history.

While the elections we have had before were not any clean either, this time round we have witnessed unprecedented campaign violence, murders and shamelessly open bias by the arbiter – the Electoral Commission.

I am waiting to see if any observer will have the guts to associate these elections with freedom and fairness in their reports. If there were studies on how to run a bogus election, this one would provide compulsory reading material to the students. With all its excesses, the 1980 election may not compete in intolerance and madness levels.

Full circle, the new system is tragically back to the evils that were presented as justification for its entry, as though in an effort to outdo its predecessors.

In the 1980 elections, it was possible for Mr Museveni, who had the least support, to announce (and rightly so) that if the elections were to be rigged, he would pick up arms. Today, it is treated as criminal for one to simply say ‘if elections are rigged, we shall protest’.

The standard response is, ‘we shall crush you’. Indeed, many have been ‘crushed’. The convenient comparative answer in explaining the madness seen in the campaigns is that in 1980 there was no Covid-19.

While we had to put the pandemic in all our election considerations, it clearly has served more as a cover for the primitive brutality than a genuine concern. If Covid-19 prevention had been the real reason for the violence by security organs, we would have seen NRM rallies treated the same way.

We would have seen equal vigilance in facilitating our healthcare system. We wouldn’t have more weapons of violence than Covid-19 healthcare necessities. The campaign bans in some selected districts would be in sync with available statistical evidence. Covid-19 simply presents an excellent reason for an evil motive.

That brings us to the question: with all the open signs of bias by the Electoral Commission and unrestricted ball of security agencies on the side of the incumbent, why participate in the polls? Is there any reason for voting? I argue in the affirmative.

If there is anyone to be discouraged by the bias, violence and threats, it is those who are pro-change. They are the ones who would easily lose hope and find no reason to waste their time on a bogus election. Those who are for status quo know that the bias is in their favour and wouldn’t hesitate to do their part by adding a vote to consolidate it.

They are also in fear and panic. They know that the opposition side and all the oppressed, given all the arrogant abuse they have been subjected to, are very angry. They live in fear of what could happen if the victims of all this state brutality seized power.

As Frederick Douglas said, you cannot tie a rope around a man’s ankle without finding the other end tied around your own neck. Therefore, and as they have the protection to vote, they will make sure they do. Besides, they are aware that even rigging needs some evidential base to build on.

When the brutalised choose not to vote (where they can), the brutaliser (or brute) goes ahead and ‘wins’ their circus smoothly. If you chose not to participate in the sham at all in the first instance, the oppressor will enlist pawns to provide a façade of competition, and ‘win’ them.

It will be difficult to challenge an exercise you boycotted. Under normal environments, if a formidable electorate boycotts elections with sound reasons concerning freedom and fairness, there would be attempts at sorting their concerns before elections are held. Not here.

You pull out, they proceed. You try to protest, they bang you fiercely without listening. The first thing to understand is that it is an abnormal environment and, therefore some rules of normal procedure and rationality can’t apply.

One might then ask: when the victim participates in such a sham exercise, isn’t that to give it legitimacy? Not necessarily. You participate with a generous hope that you can be announced winner when you defeat the oppressor overwhelmingly, but you know that it is almost impossible.

Nevertheless, since the option of boycotting is not that helpful either, you take part in order not to let the oppressor have a smooth run. You get in and give him a headache in his own crazy dance. You are also using that allowance to expose his excesses to more and more doubters.

There is a price to pay, but it can’t come any easier. When in panic, as we see now, the oppressor will go to all extremes to clamp down challengers. He will not want huge opponent rallies that give an impression of his support having waned.

He will strip naked for all the bones of his autocracy to be exposed to the world. No election leaves an unpopular incumbent the same. Rigging isn’t as simple as it sounds. When the defeat is so bad, theft becomes harder to hide and more embarrassing.

Even in all their shamelessness, it can get to a level where the dirt fails to fit in the bag. If these elections meant nothing to the incumbent and rigging was found adequate, they would have no reason for arresting agents of their strong opponents and ensuring that they don’t talk to people.

They would simply wait to do their thing in tallying. Therefore, while voting in this election seems to make no sense given all we have seen, take the opportunity to make their crazy dance hard for them.

Just like hyenas hunt; their several random small bites on the huge buffalo may seem insignificant. Yet, if they don’t bleed it into unconsciousness, they can infect their prey to eventual death. At least go out to carefully infect the buffalo tomorrow.

You exactly made my point.

It takes a brain.....
Report to administrator
-1 #2 Juwait kali 2021-01-13 14:03
Don't worry dakitari they will throw in the usual katwe made spanner and say we'll the process could have been handled better.

I have made some recommendations which Parliament should look into as soon as Parliament business resumes.

Otherwise everything including murder is part and parcel of better governance building. Am not sure that your small Masai mara dog bites takes you anywhere in this context however, already it has handed you 35 years of not the same but worse.
Report to administrator
+2 #3 Lakwena 2021-01-13 14:26
In other words Dr. Spire, infect the beast with rabies and tetanus.

But Dr. Spire, just like on 26th January 2017 our self-confessed "Problem of Africa, Author and Master of Violence; told Ugandans that: he is nobody's servant nor employee,

where were you when he also told Ugandans that he did not go to the bush because the 1980's General Erection was rigged?
Report to administrator
0 #4 Akot 2021-01-13 19:34
[Tomorrow, we shall be voting in one of the most bogus polls in Uganda’s electoral history.]

It won't be just bogus, but GOLD for Museveni who needs to be legalised, as this will continue to ensure developed countries/UN don't blame him nor get at him for what he does to Ugandans!

Not to forget that Ugandans legaliseing Museven through fake elections also ensure ICC doesn't get at the demon who is their legitimate chief tribal leader & president!
Report to administrator
0 #5 Akot 2021-01-13 19:47
Quoting Lakwena:

In other words Dr. Spire, infect the beast with rabies and tetanus.

...our self-confessed "Problem of Africa, Author and Master of Violence; told Ugandans that: he is nobody's servant nor employee,

...he also told Ugandans that he did not go to the bush because the 1980's General Erection was rigged?

Ugandans protect Museveni through the tribalistic system that ensure the demon is free to do as he pleases, without fear of ouside interference!
Report to administrator
0 #6 Kalibbala 2021-01-13 21:20
#Spot on Dr..We are Living with a DDD! Dispensable Desperate Despot who is Bent to Kill his own Shadow to remain with his Hold on his Uganda the Animal he Hunted!!

The Late Mandela Prophecy was that "You can not Win a War against Religion and a Generation"..The Botha's and John Vosters had a lesson out of their Apartheid Destructive Ideology so Will Notorious Robbers Army/Movement End..
Report to administrator
0 #7 Akot 2021-01-14 16:52
Dr Jimmy Spire Ssentongo,

Until Ugandans listen to Akot, Remase & bring down the tribalistic system Museveni so cleaverly put in place to ensure he's safe from a UNITED people, there is no way any election run by him in his Uganda, will bring any other than him to top post!

Remember Akot called on Europe & WHO to be right on stop where Covid-19 was born, but even Ugandans gave Akot RED for doing so!

But TODAY, WHO landed in China to be on the spot of the virus birth place, believing it will give chance to understand how it came to exist!

Akot & so many working students helped to ensure Uganda was put back on wheels when Amin was overthrown!...
Report to administrator
0 #8 Akot 2021-01-14 17:00
Dr Jimmy Spire Ssentongo,

Akot worked with the National Executive Consultative Council, chaired by E. Rugumayo until the election that we helped organise! UEB that ensured 2 of us finish education in UK after & it only took us 6 months to have diplomas instead of 1 year!

Our then Uganda Education & working in the office of Chairman Rugumayo, helped us learn more of what a country means, what should be done... to ensure it's governed by the people & for the people!

Would we have come back to Uganda after 6 months in UK, if we had not helped after Amin & ensured the National Executive Consultative Council chaird by
E. Rugumayo & president Binaisa, put Uganda on feet & that the country was safe for us?...
Report to administrator
0 #9 Akot 2021-01-14 17:02
...Then Uganda needed those who grew up under Amin, lived in that Uganda, to help as E. Rugumayo, president Binaisa & the entire band helping put the country back on wheels, were out of Uganda for 8 years & needed those who lived under Amin!
Would Akot & the others have had chance to complete studies in 6 months in UK, if Uganda education then was like the one under Museveni?

Museveni has reduced Ugandans to NOTHING, yet our people go on legalising him through fake elections, instead of just bringing down the tribalistic systdm & UNITING to block the demon!

Why don't Ugandans know they MUST bring down the tribalistic system FIRST, if they are to have chance to UNITY to stop Museveni & family owning Uganda for good?
Report to administrator