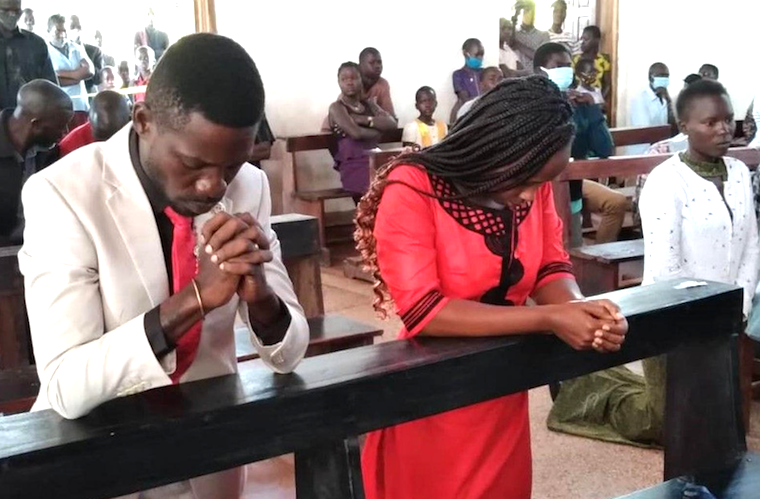 One day I followed a quarrel between three-year young girls.

Although they were all of the same age, I could tell that due to fairly different backgrounds, one had a better command of Luganda - the language they were using to insult each other. As the quarrel climaxed, one told the other, in what appeared to be a knockout punch, “your eyes are as big and ugly as that wheelbarrow.”

She mentioned this while pointing to the old, dirty and broken wheelbarrow in sight. Realizing that her stock of insults was not measuring up anymore, the girl who was less fluent in Luganda suggested that they both switch the language of exchange to English if the battle was to continue.

Similarly, at the climaxing of the 2021 general elections, I see the linkage of Robert Kyagulanyi, aka Bobi Wine, to foreign funders - especially homosexuals who allegedly want to destabilize Uganda – as a weak punch, thrown below the knee after the final whistle.

For starters, I would understand if the linkages of Kyagulanyi’s funding to foreign homosexuals were peddled by some random and clueless person on the street or some uneducated food vendor in Owino market. (Although there are some who are certainly educated).

However, you know that your country fits the exact words that outgoing president of the USA, Donald Trump, uses to describe Africa when such baseless allegations against a presidential candidate are echoed by seemingly well-informed politicians, one of whom is a sitting president.

First, the allegations that link Kyagulanyi to foreign homosexuals who want to destabilize Uganda have been making rounds ever since he declared his intentions to vie for the presidency. Thus, considering that part of the state’s role is to track and detect money laundering activities, the arbitrary allegations against Kyagulanyi for getting funding from abroad do not count as credible criticism.

It is simply information; in the same way we have information that Uganda funds a significant part of her budget using money from abroad. The only way that the accusation of Bobi Wine’s connections to foreign funding would be credible is if there were any illegalities involved - in which case, the very competent anti-money laundering unit of Uganda would rightly take legal action against all those who are involved.

Otherwise, any sporadic talks of Kyagulanyi getting funding from abroad, without any specifics of how much and from who, only counts as street gossip. It is also a signal to the money-laundering cartels that Uganda is a weak link when it comes to detecting illegal funds from abroad.

Yet, anyone who has recently tried to deposit money that exceeds Shs 20 million at any bank in Uganda will know that the amount of paperwork one needs to prove the source of funds is more than what they need to apply for a mortgage.

Similarly, anyone who has recently tried to send over $10,000 within the same week from abroad will know that the effort and time needed to clear that money exceeds the effort one invested to make the same amount of money.

Similarly, the allegations of getting funding from foreign homosexuals, if proved, would only make sense if, as a country, we really care about where any kind of money comes from. As we are all probably aware, our national budgets and many other projects are significantly funded (in form of loans and grants).

A case in point is the fact that due to the electioneering costs, the current national budget rose by over 12.3 per cent, thereby necessitating about 27.5 per cent of funding from abroad. Does anyone ever make a follow-up on the exact sources of the foreign funds?

In the general pool of funds from huge international organizations such as Oxfam, Save the Children, Caritas, USAID, FCDO, etc, who has ever taken the time to sort the money and accept only the funds from straight people while rejecting the money from homosexuals?

Also, the well-meaning volunteers in the entire Western word who walk door-to-door in search for financial contributions to “save” Africa have never asked any contributors about their sources of funding.

Given our purist and the holier-than-thou attitude, we might want to task the organizations that collect such money to ensure that drug dealers, robbers, tax evaders, paedophiles, atheists, prostitutes and devil worshippers don’t contribute to the funds that are meant to “save” Uganda.

The author is a social worker.

Even though the number of adults abusing young girls in Uganda is higher than countries with high number of homosexuals, they don't see that as a problem.

Like stated in this article, sources of foreign donations or loans does not indicate whether it's coming from homosexual or straight people.

In order for Ugandans to stay away from anything that might be connected to homosexuals, they should not accept any services founded by donor money, scholarships to universities in the western worlds, research grants, as most western countries also donate money collected from tax payers, lots of which are homosexuals.
Report to administrator
0 #2 Marvin ya Kuku 2021-01-14 14:12
One would expect nothing less from a government that shoots live bullets at protesters.
Report to administrator
0 #3 kirya 2021-01-15 07:55
I am a married man and proud to say I fund Boni Wine and believe everything he says.

He took off the dictator:s clothes! Now we know m7 is a modern Hilter!!
Report to administrator