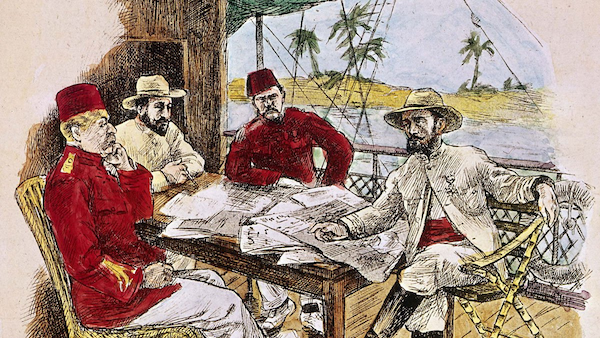 I dropped French as a subject at the age of 15 when I was joining Senior three in 1992 at Namilyango College.

It marked the end of what I considered, then, a tumultuous period studying a language so foreign and closely associated with subjugation of the African peoples. I had “imbibed” rabid revolutionary rhetoric and the naive teenager in me had consumed large amounts of it that it often crowded my mind in as much as “clouding” it.

Earlier in 1989, the French republic had celebrated 200 years of the French Revolution. At the said celebration, President Yoweri Museveni was guest of honor. My late uncle, Amb. Francis Xavier Sentore Hatega, was our envoy accredited to Paris.

As such, I took keen interest from my formative years in the French republic’s foreign policy. Fast forward. It is December 2020. I find myself more often than not doing business with Francophone entities. I neither write nor speak French. With
the benefit of hindsight, it was “unwise” of me to drop the subject.

I am 44, much less unwise, and certainly picked lessons from my commissions and/or omissions. The biggest lesson I have picked over the years (belatedly though), is that states are run on interests, and not emotions. It is my intention to elucidate on this position herein.

The scramble for Africa gave rise to competing imperial designs in  Africa,  setting the stage for a deep-seated crisis between  France  and  Britain.

The competing interests set the stage for a showdown at Fashoda in present-day South Sudan in 1898. France and Britain were pittied against each other and it took shuttle diplomacy and conclusion of a treaty between the two states to end the crisis, as well as confirm the Nile valley as exclusively under British dominion.

In the aftermath of the said Fashoda crisis, French state policy did undergo a radical, if not paradigm, shift. The French Army  undertook thorough reforms of its strategy, doctrines, operations, material, organization and its composition from which the French republic set the standard against which it should measure itself in pursuit of its interests in Africa.

It was the last crisis between the two powers that involved a threat of war and opened the way for closer relations in the Entente Cordiale of 1904. Gerald Prunier, one of the most published authors on contemporary politics in Francophone Great Lakes region, postulates that the aftermath of the Fashoda crisis gave rise to the ‘Fashoda syndrome’ in French foreign policy, or seeking to assert French influence in areas which might be becoming susceptible to British influence.

This policy outlook, deliberately pursued in reaction to the so-called Fashoda syndrome, does not only define the Anglo-French relationship in Africa but also the balance of power between these two, which was considered redolent of real politik.

In The State of Africa, the British historian Martin Meredith explained: “Ever since an incident in the Sudanese village of Fashoda ... the French had been vigilant in guarding against Anglophone encroachment in what they considered to be their own backyard—le précarré. In his memoirs, General de Gaulle listed the disasters that had afflicted France in his youth and that had led him to devote himself to upholding France’s ‘grandeur’: the first on the list was the Fashoda incident. “The ‘Fashoda syndrome’... formed a basic component of France’s Africa policy. To ensure that African issues received due attention, the French presidential office included a special Africa Unit—Cellule Africaine—with a wide remit to cover everything from intelligence work….”

Meredith also concluded that the 1990 French intervention in Rwanda was an expression of the ‘syndrome.’ Rwanda, it was argued, lies on the border between “Francophone” and “Anglophone” Africa. I must add, with some caution, though, that these are largely Eurocentric perceptions (not without anecdotal evidence, though) of Africa.

It is my submission that Uganda is, and has always been the “frontier” between French and British interests in the region, and I will justify this. After losing out on Fashoda, the French republic attempted to reclaim its dominion in what was then known as British East Africa in the colonial epoch, now modern-day Republic of Uganda.

The French-associated missionary congregation, “The White Fathers, was initially the forerunners of French influence in Uganda. Throughout the colonial period, the White Fathers extended social amenities in Uganda. They pioneered deepening of literacy and numeracy in the populace (commonly referred to as mugigi classes) with the result that the areas they operated tend to have higher literacy levels and, by extension, circulation of newspapers owing to the deep culture of reading and writing.

It is noteworthy that the first periodicals in the Luganda language were pioneered by these missionaries. In early 1993 while reading for my O-levels, my old man took up duties as Resident Judge of Fort Portal, where he had served earlier as Senior Magistrate Grade 1 and later Acting Chief Magistrate in the late 70s and early 80s.

As such, I spent my holidays with him. Through him, I had deep interactions with the tea planters of Tooro. There was a gentleman called Augustine Bafaaki Kayonga (an ex-UNLF-AD combatant, we are both former students of the Late Prof Dani Wadada Nabudere!), then company secretary Uganda Tea Growers Corporation (UTGC), the precursor to Agricultural Management Group (AGRIMAG).

There, he served as managing director, laying foundation for the diversification of ownership of Munobwa, Mabale, Mpanga, Igara and Ankole tea factories. These tea factories escaped the scandals that characterized divestiture of state parastatals largely because of Kayonga’s grounding in the socialist ideology.

I tend to be attracted to socialists and do give them much of my productive time. My interactions, given my curiosity, led me to a journey of discovery beyond the limits of a teenager. The then European Economic Community (renamed European Union, EU) had funded the Small Holder Tea Rehabilitation Program.

France, then under a socialist President Francois Mitterand, had taken lead in that endeavor. It’s for this reason that the accredited French envoy to Uganda then, Amb. Francois Discouyette, took keen interest in the divestiture of the above tea factories.

Discouyette was a six-footer with African features, extended jaw and large lips. An affable person, he was pictured back then enjoying locally-made pancakes (kabalagala) at a roadside kiosk while returning from the tea estates. His outlook resonated well with my cosmology.

Discouyette gave the French Government’s commitment to continued assistance to the tea sector for as long as the factories were sold to out-growers. Stunning, I must add. It will be recalled that in 1994, Discouyette had to deal with the adverse publicity following the escalation of hostilities in Rwanda that resulted in genocide.

He did and put his best for France.  Fast forward, in the early 2000s, France trained and equipped the Uganda Police riot wing (I fear using terms as squad and the like). This probably doesn’t register that much amongst our political pundits. Perhaps, French assistance in training and equipping the UPDF Alpine Brigade (now upgraded to division, renamed Mountain Division).

Total, a French entity, has committed to investing over $20 billion in the oil sector in Uganda. The caliber of their envoy accredited to Kampala is testament to its smart partnership with the frontline states grounded in the Fashoda Syndrome. I am so in love with this French policy.

Did I mention, President Emmanuel Macron is socialist?

The writer is a legal scholar, advocate practicing with KTA Advocates with keen interest in the East African integration.